Ethnic communities in an uproar over Trump’s immigration orders 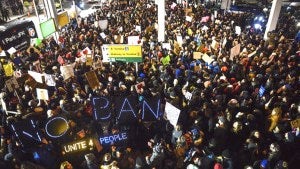 NEW YORK CITY—Ethnic communities and grassroots organizations across the nation are in an uproar over immigration orders signed by President Donald Trump within a week from taking office, purportedly “to keep America safe.”

“These orders to build a wall on the U.S.-Mexico border and punish sanctuary cities by cutting their federal funds are simply wrong and potentially dangerous to our public safety,” Margaret Fung, executive director at Asian American Legal Defense and Education Fund (AALDEF), said in a statement.

AALDEF condemns these executive actions, which “foster a culture of fear and jeopardize the wellbeing of individuals in diverse Asian American communities across the country.” The group is closely monitoring the impact of Trump’s actions on Asian immigrants and is prepared to take legal action to protect their rights.

“Trump’s immigration orders are way worse than many had predicted,” said Juan Escalante of America’s Voice, an immigration reform group. “Trump effectively released his blueprint for mass deportation and made clear that he will target many, if not most, of the 11 million undocumented immigrants living in the U.S.” 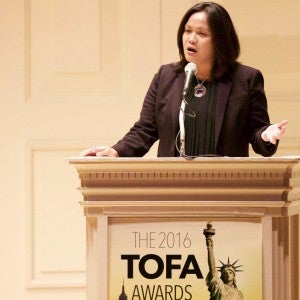 According to Escalante, there are still no updates on whether Trump will continue to allow DREAMers to work, drive and be shielded from deportation through the Deferred Action for Childhood Arrivals (DACA) program.

“Trump is keeping his campaign promise to launch a Deportation Force and deport millions of immigrants, which is why he must be stopped,” Escalante said.

“We already know that Donald Trump won’t listen to the American people, but members of Congress, regardless of whether they are Republicans or Democrats, will. They have to,” he added.

In Los Angeles, the Asian Americans Advancing Justice (AAAJ) warned that that the new administration’s executive order would force local authorities to violate the Constitution.

Federal courts have held that immigration detainer requests violate the Fourth Amendment’s prohibition against unreasonable search and seizure because they are not based on a finding of probable cause and signed by a judge, it noted. Federal funding cannot be conditioned on requiring states or localities to violate Constitutional rights, the group argued. 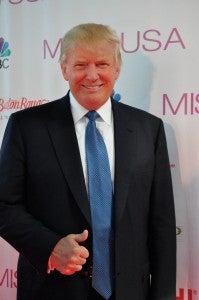 “The administration’s action is a direct attack on the policies of more than 360 counties and cities that have policies seeking to disentangle local law enforcement from immigration enforcement and encourage vibrant immigrant communities that make our country strong,” AAAJ said in a statement.

“We are deeply troubled by the direction of our country and this administration’s apparent desire to appease anti-immigrant and white supremacists. President Trump lost the popular vote; further, Asian American voters overwhelmingly did not vote for Trump. His election did not give him a mandate on immigration. As we saw this past weekend during the largest one-day protest in this nation’s history, the majority of Americans are with us in welcoming immigrants and refugees and oppose the targeting of Muslims or people based on their national origin and harsh immigration enforcement policies,” the group added.

“The president lacks the constitutional authority to cut off funding to states and cities simply because they have lawfully acted to protect immigrant families,” said Schneiderman. Last week, the attorney general’s office issued legal guidance to local governments in the state that laid out their rights to refuse immigration warrants issued by federal agencies.

“We will not deport law-abiding New Yorkers,” he said during a press conference earlier this week. “We will not tear families apart. We will not leave children without their parents. We will not take breadwinners away from families who have no one else. And we are not going to undermine the hard-won trust that has developed between our police and our communities. NYPD began this day winning the war against crime and terror using the right approach and that approach will continue tomorrow.”

Public safety is at risk across hundreds of American cities with Trump’s immigration policy, the mayor noted. But in N.Y. particularly, it threatens a culture that has endured over almost 400 years.

“We are a city in which people regardless of documentation status know that they can report a crime or, if they are a victim of a crime, can come forward—witness to a crime and come forward and know that information will be used to keep us all safe but it will not be used to deport them—that fundamental compact that goes back in this city decades through Democratic, Republican, and Independent administrations here in New York City. It’s one of the reasons we became the safest big city in America, and we are not going to undermine the progress the NYPD has made over a quarter-century,” De Blasio said.

“NYC has and always will be a welcoming city for all immigrants,” Carmelyn P. Malalis, chair and commissioner at the NYC Commission on Human Rights, said in a statement emailed to INQUIRER.net.

“In New York City, we value diversity and inclusion and are using every resource at our disposal to ensure that immigrant communities across the city are safe, protected, and free from discrimination,” Malalis added.

“Personally, I just think that America can’t be great again by building itself on top of the broken dreams of its own immigrants,” Oliva Jopia, a public school teacher in N.Y., told INQUIRER.net.

“America’s true greatness lies in the fact that this nation has been built by the pioneering immigrants. This country has been fueled by the dreams of those who come here in hopes of a better life. Take that [away] and America is no longer great—no dreams and no legacy to look back to.”

Miguel Bongon, a physical therapist who also runs a rehab facility in the Bronx, observed that Trump’s new order is causing widespread fear in the Filipino community.

“Some close friends I spoke to would like to get married with U.S. citizens ASAP in order to legalize their status. But it’s good to know that the new president is trying his best to help these 11 million people who are in limbo due to outdated immigration laws. I am in favor of the protection for hardworking undocumented immigrants, but not those criminals who shamefully abuse the system,” he told INQUIRER.net.

In Jersey City, a nine-member Immigrant Affairs Commission (IAC), has been set up to advise the city government on issues affecting immigrants including civil and human rights, social services, education, and business development. 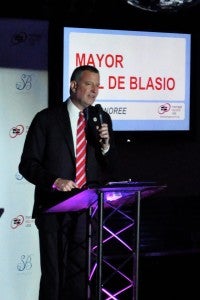 “The IAC will be a critical asset for Jersey City in beating back these challenges, and developing policies that protect our residents, particularly the most vulnerable undocumented children and allow all of Jersey City’s residents to live with dignity,” Jersey City Council President Rolando Lavarro said in a statement announcing the appointment of the first three IAC appointees last week.

“Jersey City’s immigrants are family. We welcome and will protect them. We will provide them safe haven and we use every tool at my disposal to fight back against any federal actions that threaten to tear our families apart,” he added in an email to INQUIRER.net.

For Las Vegas-based community advocate Rozita Lee, a former commissioner of the White House Initiative on Asian Americans and Pacific Islanders, a re-think is in order.

“I do believe that President Trump is not thinking well at this time. He’s not looking at the big picture. How this will affect the economy? How this will affect families? How this will affect our governments? He needs to pray, he claims to be a Christian. I was a speaker at a Women’s March here in Las Vegas, we have 15K marchers. It was amazing! We’re not protesting against Trump. We are together so we can help one another during these times so we can tell him how we feel,” she told INQUIRER.net.

Trump’s move also has its share of supporters in the Fil-Am community.

“Being in law enforcement, I think it’s great that we are [viewed] as a nation of laws. Without laws, it would be anarchy. If we continue to defend people who break the law, then where will we end up? We are a country of immigrants and like myself who waited in line for years to come here legally, I don’t think it’s fair for politicians to cater to those who have done it illegally,” Melchor Alban, an independent who voted for Trump last election, told INQUIRER.net.

Explaining the Republican viewpoint, Rudy Asercion, commissioner at the San Francisco Veterans War Memorial Commission, asserted that securing the border is a sovereignty issue.   “Mr. Trump was elected based on his candidacy and his proposition that we need to secure the border because that establishes our sovereignty. With an open border, we are not a sovereign nation,” he told INQUIRER.net via email.

There should be no cause for alarm because the enforcement of border security should make Fil-Ams feel safer, Asercion noted.

“Filipinos are not really affected by what Mr. Trump is doing.

“One thing that would benefit Filipinos is that should the immigration reform be completed, it allows those Filipinos who have been waiting for 10 to 20 years [to move forward]. Then that would be a plus,” he added.

Amid the turmoil, disseminating accurate information and explaining the impact of new policies are paramount, according to Odette Alcazaren-Keeley, national media director for New American Media.

“I also strongly believe that it is crucial in this heightened climate of uncertainty and divisions, for all of us to seek out and strengthen our roles as media, as citizens, as professionals in whatever field we may belong to—to come together and help support our local social structures that are helping our communities survive. This includes supporting the work of community-based organizations providing multilingual and culturally specific services, training, resources and information to our fellow Americans, especially those who need it the most,” she told INQUIRER.net, expressing her personal sentiments as a journalist and media director.