When popes and bishops beg for forgiveness

When popes and bishops beg for forgiveness 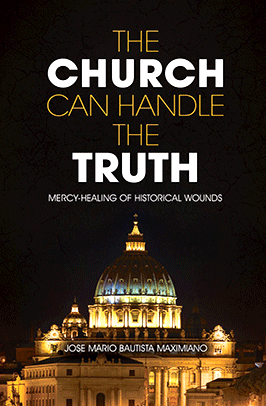 “To say sorry is a sign of strength, not of weakness.”

Already suffering from Parkinson’s, with hands shaking and mouth drooling, JOHN PAUL II, a walking saint of our time, slowly knelt before the Pieta, Michelangelo’s masterpiece of the dead Christ in the arms of His Sorrowful Mother.

The old Vicar of Christ stayed there for a while with his head bowed down. In utter silence. A mortal man before the Immortal God.

Then, wheeled to the altar, the debilitated Pontiff sat down and leaned on his silver staff, taking several attempts for him to get out of his chair to kiss a crucifix.

For twenty long minutes, the Holy Father publicly enumerated one by one the sins and wrongdoings done by Christians through the centuries.

“Christians have often denied the Gospel, yielding to a mentality of

And it appears that Mother Church is blessed all the more when she humbles herself before the global community. The Catholic Church is credible a hundredfold when her only strength and power come from the Lord.

Brave men cry. Brave men of God give forgiveness and ask for forgiveness. And our shepherds were brave when they begged for pardon and said: “SORRY.

“In memory of John Paul II… I humbly, humbly, in the name of my brothers and sisters in the Catholic Church or even the Christian communities, I HUMBLY BEG FOR PARDON,” Manila Cardinal Luis Antonio Tagle said (Catholic News Service, October 21, 2013).

That day when Cardinal Tagle publicly apologized for sins of the leaders and members of the Catholic Church, even some bishops and priests were flabbergasted.

In 2016, Archbishop Socrates Villegas also apologized to all on behalf of priests during the 51st International Eucharistic Congress (IEC) in Cebu City.

“Brothers and sisters, our parishioners, forgive us, your lost shepherds, and beg God to show us His mercy,”he said.

Thoroughly reviewing what transpired more than a century ago, specifically the cardinal factors that led to the Philippine Revolution of 1898, our Filipino bishops were unpretentious and self-effacing to admit the blunders, those perceived and real mistakes of the historical past.

Our shepherds collectively expressed regret. They publicly apologized “for the ambiguous stand some Church leaders held during the revolution, which partly explains the rise of the religious revolution.”

Come to think of it. God has sent us in our time popes and bishops who were both pastoral and holy, both bold to acknowledge mistakes and unafraid of the truth, and a lot of courage to tell it.

In the past, apologies never came from Rome. But, in our time, God has sent us brave men who give forgiveness and ask for forgiveness.

Within the Catholic Church, where “the fragility of the human condition has been starkly revealed” (in the words of Benedict XVI), the acceptance of that painful truth by John Paul II, Benedict XVI, and Francis and other brave bishops has been manifested in their respective public apologies.

In March 2017, Pope Francis publicly asked Rwandan President Paul Kagame for pardon for the “sins and failings” of the Catholic Church during the 1994 Rwandan genocide, when priests, nuns, and lay members had succumbed to hatred and ethnic violence.

The time to sweep all dirt under the rug is over

To man up, face the truth, admit errors, make public confession of those errors, and beg for pardon: these are the brave acts that pave the only way towards genuine reforms.

As a Pilgrim Church, she is always unfinished, constantly moving with humankind, with its garbage and innate goodness, always thrown into new historical situations, on-the-go towards perfection – and towards eschatology.

Also, in this pilgrimage, it’s amazing to know that the Catholic Church remains the bearer of truth and salvation, outlasting all types of human obstacles, DISSENTING MEMBERS, and all kinds of oppressive governments since the First Pentecost.

With the first Jesuit pontiff in the Barque of Peter, even when at times the engine is messy and when some crew unworthy, though imperfect with imperfect leadership and imperfect membership, I still believe our Mother Church can provide the much-needed warmth, hearth, and safe voyage for all humanity.