You’ve turned 65 and exited middle age. What are the chances you’ll develop cognitive impairment or dementia in the years ahead?

New research about “cognitive life expectancy” — how long older adults live with good versus declining brain health — shows that after age 65 men and women spend more than a dozen years in good cognitive health, on average. And, over the past decade, that time span has been expanding. 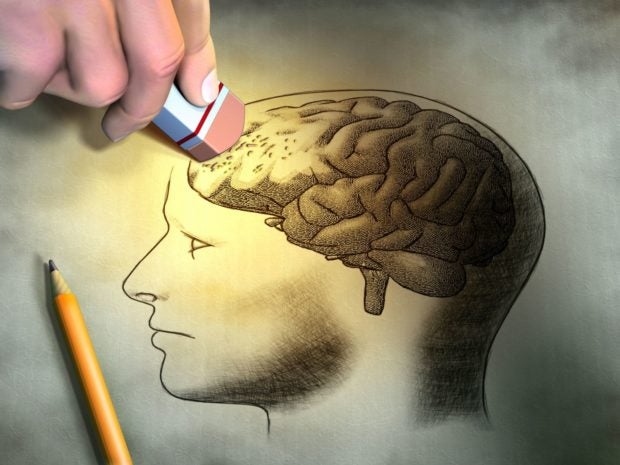 By contrast, cognitive challenges arise in a more compressed time frame in later life, with mild cognitive impairment (problems with memory, decision-making or thinking skills) lasting about four years, on average, and dementia (Alzheimer’s disease or other related conditions) occurring over 1½ to two years.

Even when these conditions surface, many seniors retain an overall sense of well-being, according to new researchpresented last month at the Population Association of America’s annual meeting.

“The majority of cognitively impaired years are happy ones, not unhappy ones,” said Anthony Bardo, a co-author of that study and assistant professor of sociology at the University of Kentucky-Lexington.

Most seniors don’t have cognitive impairment or dementia.Of Americans 65 and older, about 20 to 25 percent have mild cognitive impairment while about 10 percent have dementia, according to Dr. Kenneth Langa, an expert in the demography of aging and a professor of medicine at the University of Michigan. Risks rise with advanced age, and the portion of the population affected is significantly higher for people over 85.

Langa’s researchshows that the prevalence of dementia has fallen in the U.S. — a trend observed in developed countries across the globe. A new studyfrom researchers at the Rand Corp. and the National Bureau of Economic Research finds that 10.5 percent of U.S. adults age 65 and older had dementia in 2012, compared with 12 percent in 2000.

Because the population of older adults is expanding, the number of people affected by dementia is increasing nonetheless: an estimated 4.5 million in 2012, compared with 4.1 million in 2000.

More years of education, which is associated with better physical and brain health, appears to be contributing to this phenomenon.

But gains are unequally distributed. Notably, college graduates can expect to spend more than 80 percent of their lifetime after age 65 with good cognition, according to a new studyfrom researchers at the University of Southern California and the University of Texas at Austin. For people who didn’t complete high school, that drops to less than 50 percent.

This research looks at the older population as a whole and can’t predict what will happen to any given individual. Still, it’s helpful in getting a general sense of what people can expect.

An expanding period of good brain health.With longer lives and lower rates of dementia, most seniors are enjoying more years of life with good cognition — a welcome trend.

Two years ago, Eileen Crimmins, AARP chair of gerontology at the University of Southern California’s Leonard Davis School of Gerontology, and colleagues documented this shift in the United States in researchusing data about adults 65 and older from the Health and Retirement Study.

In 2000, she found, a 65-year-old woman could expect to live 12.5 years with good cognition, four years with mild cognitive impairment and 2.6 years with dementia, on average.

Improvements in education and nutrition, better control of hypertension and cholesterol, cognitively demanding jobs in middle age, and social engagement in later life may all contribute to this expanded period of good brain health, the study noted.

Well-being often coexists with impairment.Bardo’s research adds another dimension to this literature by addressing two questions: Do older adults with cognitive impairment feel they have a good quality of life and, if so, for how long?

His study, which has not yet been published, focuses on happiness as an important indicator of quality of life. The data come from thousands of adults 65 and older who participated in the Health and Retirement Study between 1998 and 2012 and who were asked if they were happy “all/most of the time” or “some/none of the time” during the past week.

These answers were combined with information about cognitive impairment derived from tests that examined seniors’ ability to recall words and to count backward, among other tasks.

The bottom line: “Cognitive impairment doesn’t equate with unhappiness,” Bardo said. Still, he cautioned that his study didn’t look at how happiness correlates with the extent of impairment. Certainly, people with moderate to severe dementia experience serious difficulties in their lives, as do their caregivers, he noted.

Amal Harrati, an instructor at Stanford University Medical School, said Bardo’s paper appears sound, methodologically, but wondered whether older adults with cognitive impairment can be trusted to report reliably on their happiness.

Langa of the University of Michigan said the findings “fit my general experience and sense of treating older patients in my clinical work.”

In the early stages of cognitive impairment, people often start focusing on enjoying family and being in the “here-and-now” while paying less attention to “small frustrations that can get us down in our daily lives,” he wrote in an email response to questions.

“As cognitive decline worsens, I think it is more likely that one can become unhappy, possibly due to the advancing pathology that can affect specific brain regions” and behavioral issues such as hallucinations and paranoia, he added.

Jennifer Ailshire, an assistant professor of gerontology and sociology at USC’s Leonard Davis School of Gerontology, noted that happiness is often tied to an individual’s personality characteristics. This measure “doesn’t necessarily reflect how individuals with cognitive impairment are interacting with other people or their environment,” she commented.

Laura Gitlin, dean of the college of nursing and health professions at Drexel University in Philadelphia, observed that happiness is only one element of living well with cognitive impairment and dementia.

Going forward, she suggested, “there is much work to do” to identify what contributes more broadly to well-being and a positive quality of life in older adults with these conditions.

KHN’s coverage of these topics is supported by John A. Hartford Foundation, Gordon and Betty Moore Foundationand The SCAN Foundation