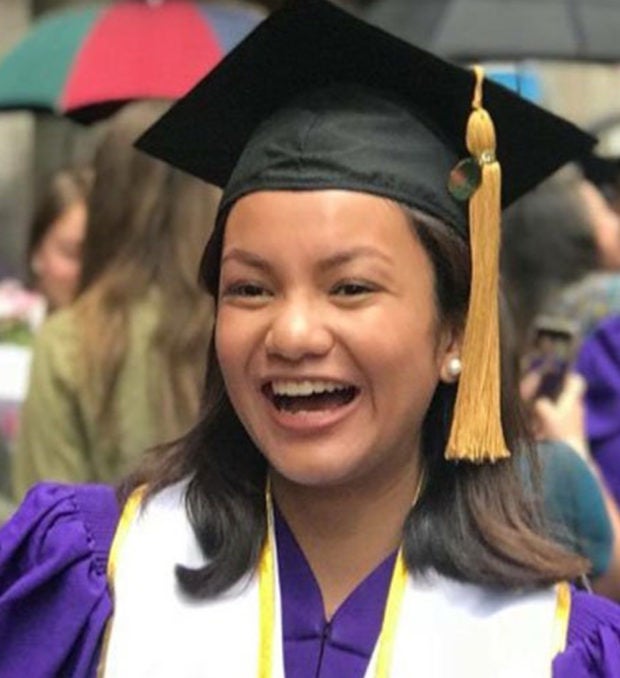 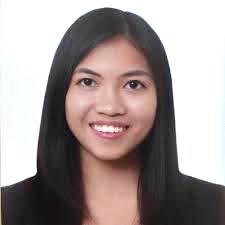 NEW YORK – Two Filipinas began their overseas journey when they left Manila in 2014 to be part of their respective US colleges’ Class of 2018. Little did they know, both of them would be graduating with the highest honors a week apart four years later.

Montales was the valedictorian in elementary at the Colegio San Agustin-Makati and she graduated with honors at the Philippine Science High School before enrolling at Wharton School.

Panganiban received the prestigious Alexander L. Shluger Award for Excellence in Sociology. This is awarded to a senior student who has majored in sociology and who has excelled in his or her study of this subject. She was likewise a consistent Dean’s Lister and a Founders’ Day Awardee of her graduating class.

Panganiban is from the Gaddang indigenous group in Isabela.

With her achievements, Panganiban said that, “As a Filipino, I feel like I have the obligation to bring all of these back to the Philippines and at the same time, as a descendant of the Gaddangs, I find myself impassioned for indigenous resurgence as a step to combat the long and embedded history of colonization.”

Montales and Panganiban got to the universities of their choice with help from CAMP (College Admissions Mentors for Peers) Philippines, an organization that provides and expands international education opportunities for young Filipinos.

“I didn’t feel like I did anything extraordinary. I was just studying what I loved studying. It was less for me and more for my family who was more excited than I was,” Panganiban told the Asian Journala few days after her graduation.

“I was passionate about getting out of the bubble and I realized all the new ideas that were out there. I learned to love learning,” she added.

Panganiban finished secondary school at ICA (Immaculate Conception Academy) in Greenhills, MetroManila. While still there, she saw a number of ICA graduates who went outside the country to pursue their college education. It was also there that she met some members of CAMP.

“That’s where it started. They were teaching high school students how to study abroad and they gave tips about applying. I heard their experiences and I wanted to experience that as well,” Panganiban recounted.

She received the Freshman Leadership Award in 2015 for taking initiative and engaging with the Filipino community in Pennsylvania.

Montales was an elementary school valedictorian at Colegio San Agustin-Makati and graduated with high honors at the Philippine Science High School-Main.

On her social media account, Montales posted, “My very first profile picture at Penn was with the LOVE statue, so it’s only fitting that my last one be with the LOVE statue as well. So thankful for the love that I have given and received at this school, for the friends I have met and the families I have found, and for the home I have made. Until next time, Penn.”

Her testimonial about how CAMP helped her in getting to Penn is also posted on CAMP’s website.

“Thank you very much for standing by me throughout the whole process, for guiding me in the completion of my application, and for advising me on the best action to take. I don’t think my admission would have been possible without CAMP’s help,” Montales wrote.

How To Analyze Your Credit Score, and How Can You Improve It?

What Is a Healthy Debt to Income Ratio?

Panganiban said she chose NYU specifically because she has family members in Long Island, New York and also in New Jersey.

“It was easier to settle and I knew that NYU is a global university and there was something in me that was itching and wanting to really explore the world and look what’s out there,” she shared. “And also, it’s not a closed campus so it made New York the campus.”

And after four years at NYU, she gained experience enough for her to be able to give advice to Filipino students who might be thinking of studying abroad as well.

“Remain curious, step out of your comfort zone, and engage in conversation. In our world that’s growing more and more divided, I still have hope that we can find ways to transcend our differences,” she said.

Panganiban will be one of the awardees in the 6th Annual Philippine Graduation (PGRAD) at the Philippine Center. PGRAD, which is slated for June 9, is a flagship project of the Philippine Consulate General in New York, in cooperation with UniPro.