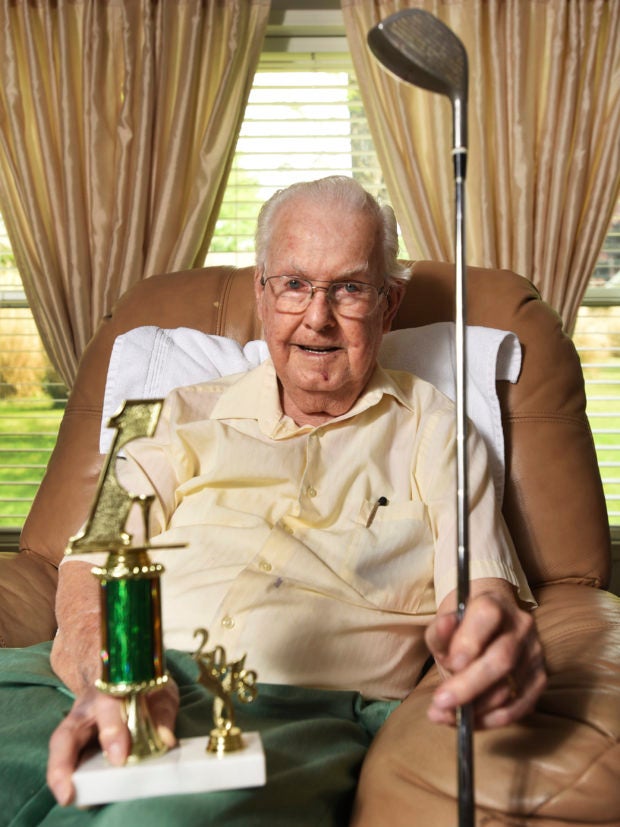 In this April 2018 photo, Ben Bender capped his long golf career with a hole-in-one at Green Valley Golf Club in Zanesville, Ohio. Bender, who has hip bursitis, used his 5-wood to make a hole-in-one on the third hole. Image: Chris Crook/Times Recorder via AP

ZANESVILLE, Ohio (AP) — A 93-year-old Ohio man wrapped up his nearly seven decades of golfing with his first hole-in-one.

Ben Bender told The Zanesville Times Recorder “the Lord knew” this was his last round and gave him a hole-in-one.

He says he was in awe watching it, but then his hip started bothering him, forcing him to stop after a few more holes. He headed to the clubhouse, bringing his golfing career to a memorable end.

Bender says he began playing when he was 28, whittling his handicap down to a 3 at one point.

He says he hates giving up the game, but knows he can’t play forever. NVG

LOOK: Inspiring seniors in their 80s, 90s prove no one is too old for basketball