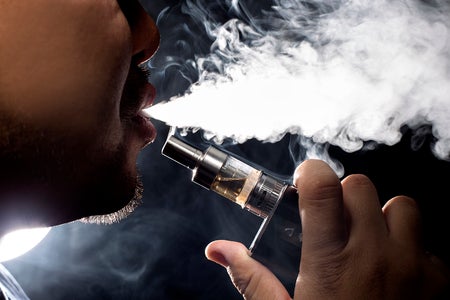 While the report said a mod-type vape pen killed the man, there have been numerous other reports of vape pen casualties. INQUIRER.net stock photo

A man from St. Petersburg, Florida died after his vape pen exploded and launched a projectile of two pieces into his cranium.

The official cause of Tallmadge D’Elia’s death was “projectile wound to the head” according to the Tampa Bay Times last May 15. The accident happened in May 5 in D’Elia’s family home. The report stated that the explosion of the vape pen also caused a fire in his bedroom.

The vape pen is manufactured by Smok-E Mountain Mactan and was said to be a “mod” type, according to the report. In the company’s, Facebook page, it shows that the vape shop is located in Mactan Marina Mall in Lapu-Lapu City, Cebu. As of this writing, the page has released no statement regarding D’Elia’s death.

Apart from D’Elia’s wound to the head, he was also found by St. Petersburg Fire Rescue firefighters with “thermal injuries” or burns on approximately 80 percent of his body. But although officials found “extensive” fire damage in his bedroom, the autopsy report said that there was very little smoke.

This isn’t the first vape pen casualty, however. In the past, there had been incidents of vape pens exploding and injuring its users. Back in January 2017, a man from Idaho lost his teeth and suffered facial burns when his vape pen exploded on his face. Meanwhile, in 2016, a woman from New York suffered from third-degree burns when her vape pen exploded in her pocket while driving home from a beauty salon. Cody Cepeda/JB

US senator: Exploding e-cigarette recalls need to be considered