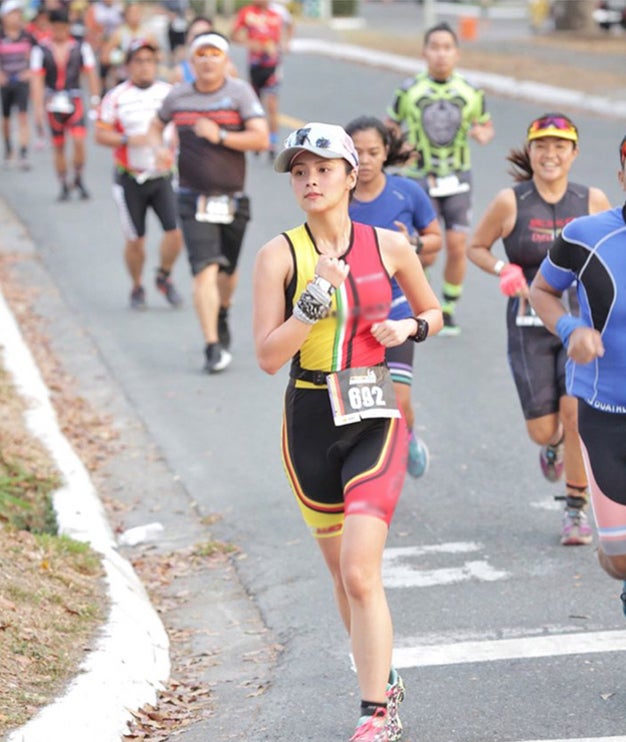 Kim Chiu finished strong at the Pilipinas Duathlon Series Leg 1 held at Clark, Pampanga in February. She is running in TIKIM to help the feeding program of ABS-CBN International’s Bantay Bata(Child Watch). CHINITAPRINCESS

DALY CITY-– This Mother’s Day, TFC Live brings food and fun combined in a one-of-a-kind 5K run or walk that celebrates culture and the value of giving back in the inaugural TIKIM Filipino Food Fun Run.

Aside from the delectable delights awaiting runners at each kilometer mark, participants will be joined by Filipino celebrities, who are runners themselves. 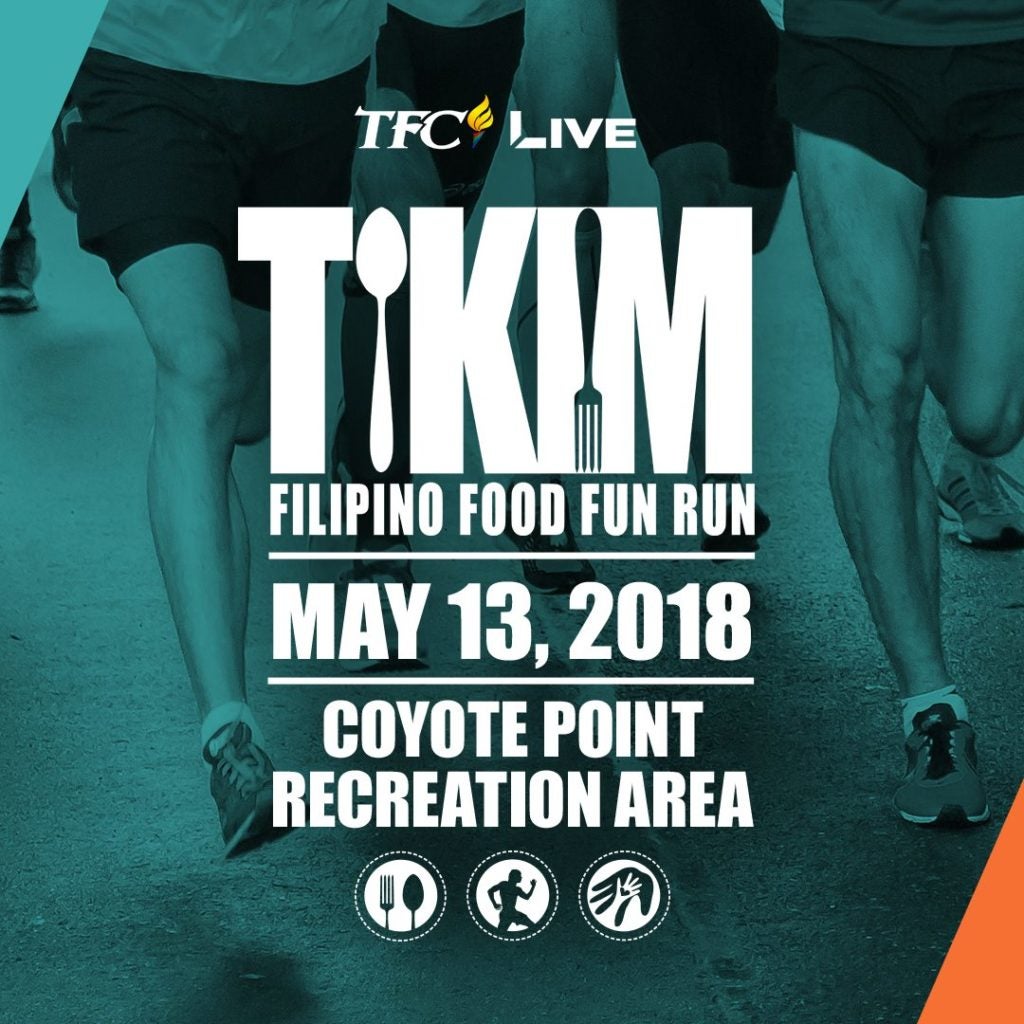 The inaugural TIKIM Filipino Food Fun Run happens on Sunday, May 13 (Mother’s Day. A Filipino food tasting station will be posted at each kilometer of the way. It’s also a way to give back, as part of the proceeds of the TIKIM Fun Run registration will be donated to the feeding program of Bantay Bata (the Child Watch program of ABS-CBN Foundation International). CONTRIBUTED

The run will benefit many children via the feeding program of ABS-CBN Foundation International’s Bantay Bata (Child Watch). “I’m really excited to spend time with our fellowmen, and because I’m running for something bigger than myself,” Fullido shares. Cuenca adds that “Aside from getting a good workout, we also get to help the children. You get to have fun while doing something good.”

Pascual looks forward to having his mother with him on this trip. “I’m going to force my mom to do it (TIKIM Run) so that can be her exercise too. The cool thing about this is we get to eat at every kilometer, so in a way, Mommy and I get to bond together on Mother’s Day.”

Chiu happilydiscloses that aside from the joy she feels when she is around kababayans(fellow Filipinos), she is curious about TIKIM and would like to experience the run that combines food, fun, and giving. “Tikim-tikim habang tumatakbo every kilometer so I think it’s going to be fun.” (You get tiny tastes of various Filipino food as you hit every kilometer…) 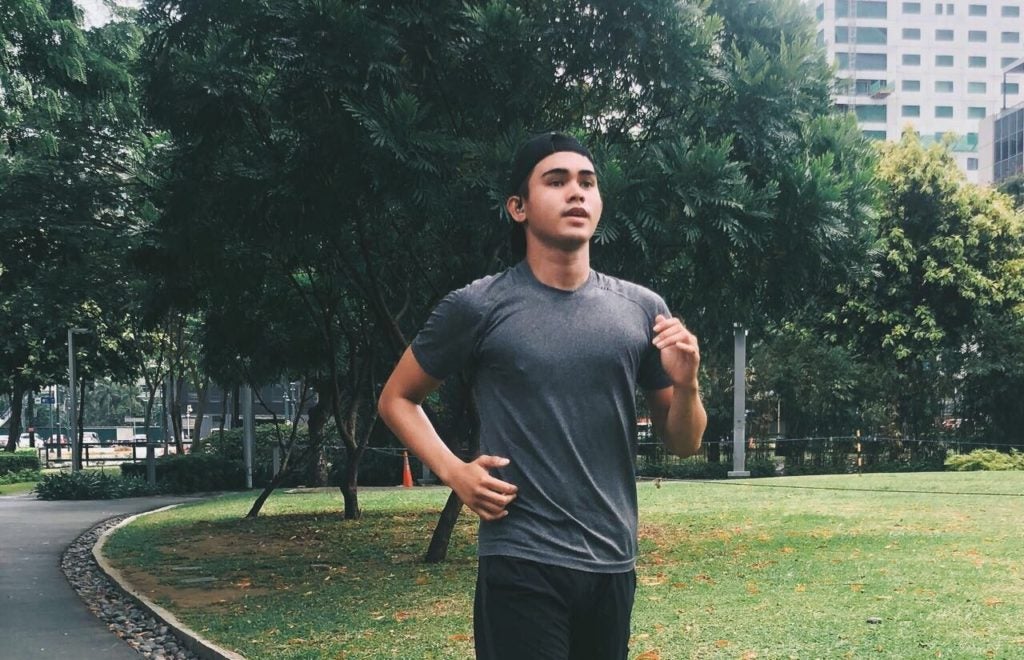 Recording artist and actor Inigo Pascual says that he makes sure to run at least 30 minutes a day. He has also joined the L.A. half marathon before. STAR MAGIC

According to Chiu,“I sleep early because my body needs to be conditioned on race day.” She also loads up on carbs the day before, “para hindi ka mahimatay and sugar is also important para hindi ka mahimatay pag mainit yung run.” (… that way, you don’t faint, and sugar is also important so you don’t faint if it’s hot during the run.)

Cuenca says that “Everyone who follows me on Instagram knows that running isreally my hobby so whether that’s a 5k or 21k or even 42k I’ll always enjoy a good run.”

Fullidomakes sure she is prepared physically and mentally.

Pascual already runs constantly with his father, Filipino film and TV actor Piolo Pascual, but the younger Pascual says that he will “run more and I’m going to prepare my taste buds for the food that they have prepared for us.” 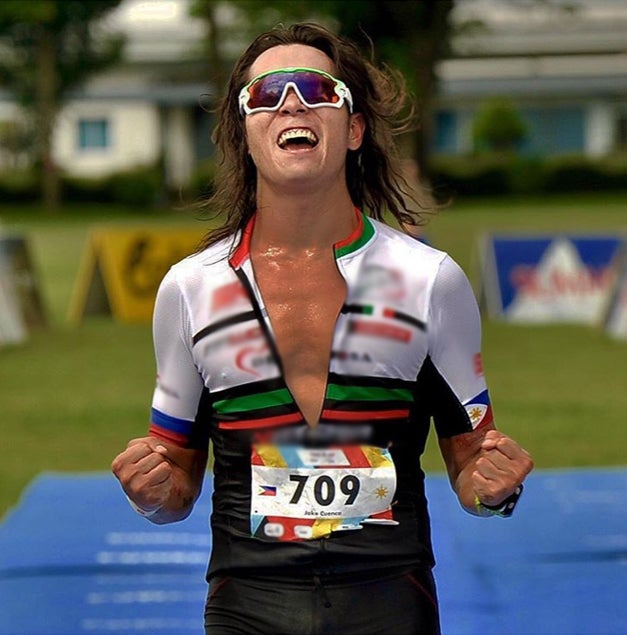 Jake Cuenca at the 2017 Powerman Philippines Asian Championship. Cuenca is excited to run and excited to taste the food at TIKIM Filipino Food Fun Run. CONTRIBUTED

The Mother’s Day celebration ison Sunday, May 13, at the Coyote Point Recreation Area, 1701 Coyote Point Drive in San Mateo. The run starts at 8:00 a.m. and the food festival opens at 10:00 a.m.