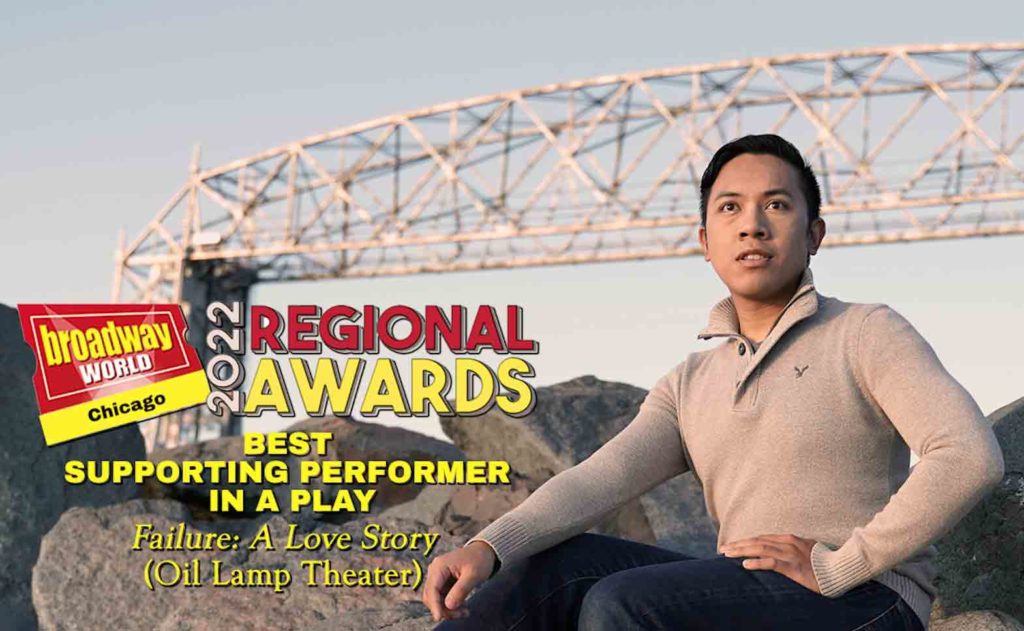 In 2022, Van Ferro was one of the busiest actors in Chicago theater. BWAYWORLD

Ferro bested 61 other nominees with 16% of the votes as of the last day of voting Dec. 31 last year. Failure also won Best Play, another consecutive win for Oil Lamp Theater, which also won last year  for Shipwrecked: An Entertainment.

“I really appreciate everyone who cast a vote and asked their friends and family to vote for me. I hope that this encourages more people of color to participate in Chicago theater, especially Filipinos,” Ferro said in press statement.

In 2022, Ferro was one of the busiest actors in Chicago theater, also appearing in A Theater in the Dark’s Murder in the Court of Xanadu, Cock and Bull Arts’ The Octopus; Act Your Page’s productions of Bernard Slade’s Same Time, Next Year (as George), and Lucas Hnath’s The Christians (as Pastor Joshua); and a cameo role in Sigman Brothers’ first play In Memoriam. Ferro also continued his work in commercials and industrials with leading brands such as Sam’s Club, Kohls, and Calypso Lemonade.