Shameless GOP showed how longganisa is made in the USA

Shameless GOP showed how longganisa is made in the USA 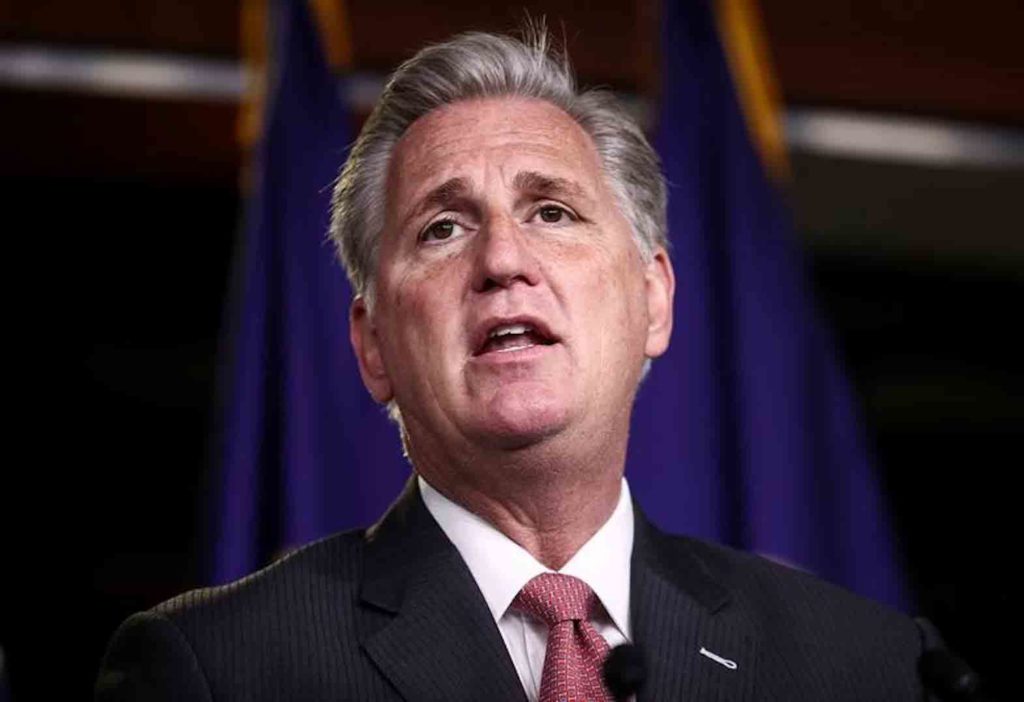 It took some flips, and I don’t mean Filipino. After 15 rounds of votes, the Republicans finally were able to do the easy thing. The new majority was finally able to muster an enough votes to elect a speaker of the house, Kevin McCarthy (R-Bakersfield).

But it came at a price. Four days of embarrassment, complete with a near brawl on the House floor. Can Republicans lead a divided government in a divided country? The Republicans couldn’t even lead and govern themselves.

We just saw how the longganisa is made in the House. Do you want to eat that?

It took 15 ballots for a majority to select the Speaker. The last time that happened in Congress was 100 years ago. And we should remember how that particular Congress treated Asians. It wasn’t nice. More on that in a moment.

Still, that’s not the history people focused on last Friday. Instead, the focus was on the history of January 6 and how in 2021, a violent mob tried to stop the certification of a free and fair election and disrupt our democracy.

People lost their lives that day, including five Capitol police officers and140 were seriously injured. On the Capitol steps, to mark the fateful day, Democratic leader Hakeem Jeffries led a bell-ringing ceremony in their name.

Two years later, there’s no violence, but there was still a mob. The effect of the right-wing bloc by MAGA/GOP members to elect a new Speaker of the House of Representatives is almost the same.

As long as there’s no speaker, the House can’t function, pay bills, assign committees. In an emergency, it couldn’t convene the intelligence committee. Without a speaker, the nation’s congressional branch is totally stymied and rendered useless.

Any country, the Philippines even,  could have attacked the U.S. and the House would have been unable to act.

This would be a good day at the office for any Proud Boy or Oath Keeper. And some of the members voting on speaker even voted to decertify the legitimate election.

All of them are Trumpettes, all of them voted to decertify the 2020 election. Election deniers? That’s the nice term. They did the bidding of the January 6 insurrectionists. And they had a stubborn sense this time much like the former president. They were shamelessly unwavering in their intransigence—against fellow election denier Kevin McCarthy.

Their five votes were all it took to deny the presumed GOP majority leader McCarthy the speakership from the number of votes he needed—218.

Up until Friday past midnight, McCarthy ended up with around 200 votes. McCarthy was denied 14 times. That’s more times than Peter denied Jesus. But McCarthy is no Jesus. So, maybe he deserves multiple denials.

Remember House Res. 908 in 2020? It was Rep. Grace Meng’s legislation that condemned the anti-Asian hate rhetoric of the pandemic, phrases like “Chinese Virus,” “Wuhan Virus,” and “Kung-flu” that perpetuated anti-Asian stigma. The resolution also called on public officials to denounce all expressions of racism, xenophobia, and scapegoating, as well as collect data on the rise of hate crimes during Covid-19. It was intended as real action for the numbers of Filipino Americans victimized by hate transgressions during the pandemic.

Who could be against that? See, all the NO votes (mostly Republican) at this link.  It’s astounding. Biggs and Gosar were among the NO votes. But so were McCarthy backers like Jim Jordan and Steve Scalise.

Not surprisingly, McCarthy himself was one of the loudest no votes calling the resolution a waste of time. For that alone, McCarthy deserved to be put through the wringer.

It was 100 years ago that it took multiple ballots to get to a speaker—9 rounds of ballots in 1923. McCarthy had that by late afternoon Thursday. But the number got to 15 ballots on Friday when enough of the 20 Republicans flipped their votes and enabled McCarthy to win.

But it comes at a cost. McCarthy was accused of “selling shares of himself. And there’s still discussion about the particulars in concessions to his detractors, like the ability to call a vote to vacate McCarthy on just one vote. Based on what rules are approved this week, McCarthy will be as powerful as a removable hood ornament.

But it’s that coincidence of the multiple ballots in 1923 that is an Asian specific policy worth remembering now. Back then, America was just as divided on many of the same things that divide us now.

When the quota was zero

And this is where your Asian American history comes in.

The Congress that struggled to vote for a speaker in 1923, ultimately went on to produce what was one of the most racist and xenophobic immigration laws in American history. The Immigration Act of 1924, a/k/a the “Oriental Exclusion Act.”

It set quotas for immigration visas to two percent of the total number of people of each nationality in the 1890 census. But it set Asian immigration to zero.

The quota was zero.

Chinese were already excluded from entering the U.S. in the 1890s. But this law updated that sentiment and lumped all Asian countries together, with two exceptions. The Japanese had a so-called Gentlemen’s Agreement in 1907 to limit Japanese immigration to the U.S.

And then there was the Philippines, a U.S. colony at the time. Their colonization enabled Filipinos to travel freely to the U.S.

Not exactly lucking out, considering how Filipinos fared in America at the time, mostly as field hands and migrant workers. But it was better luck. Every other Asian ethnicity was locked out.

To what end? As the Office of the U.S. Historian points out, “the most basic purpose of the 1924 Immigration Act was to preserve the ideal of U.S. homogeneity.

It was America’s anti-diversity, white purity sentiment of the day. Let’s all be the same, namely, pure and homogenous.  Just not Asian. And a big part of that movement was in California, a reaction to where most of the Asians in the U.S. resided.

I’m sure there’s more than a few current members of Congress who dream of passing an exclusionary immigration law like the one in 1924.

That would be a step too far backward, right? But have you heard the modern racist anti-immigrant rhetoric of white supremacists the last few years? Of the Proud Boys and the OathKeepers?

Ask folks who were at the Capitol on Jan. 6, 2021. Or the main bloc of five that kept the House from electing Kevin McCarthy speaker on Jan. 6, 2023 until that 15th round.

We aren’t so far from a politics of 100 years ago than you think. What’s more unsettling, as bad as McCarthy is, the people who were blocking  him to be House speaker are far worse.

This is the politics of the new 118th Congress. It’s Republicans in an intra-party gridlock before they take it to the Democrats for traditional  inter-party gridlock.

It’s the future of governing the next two years in the country that is supposedly the model democracy of the world.

Emil Guillermo is a journalist and commentator. He writes his column for the Inquirer.net North American Bureau.