Scene from a previous performance of “StanD,” a play that promotes awareness of mental health illnesses in the Filipino American community. CONTRIBUTED

LOS ANGELES —  If Christopher Aguilar can help it, no person with bipolar disorder or any other kind of mental health condition should ever have to be hospitalized due to the severity of their illness.

One way he is addressing the problem is to raise awareness—of what possible signs and symptoms are, of what life is like for a person with a mental health condition, and of the fact that asking for help should be and is perfectly fine.

The shows are free admission to the public and a post-show discussion about mental illness will follow each performance.

“This play explores the consequences of adolescent acting-out behaviors, parents’ stance on psychiatric medications, the responsibility of taking medications and the repercussions of stopping medications all at once,” says Aguilar.

“The plays asks ‘What happens when a man has to reconfigure his life after a hospitalization and how does the family learn to adapt to manic-depressive behaviors and recovery?’”

“In the end, we see the possibility of a bipolar lifestyle, the true identity of this man and the effects of what it takes to be completely human.”

Born in Newport Beach, California, Aguilar took up a master’s in music theater at Royal Central School of Speech and Drama in London. 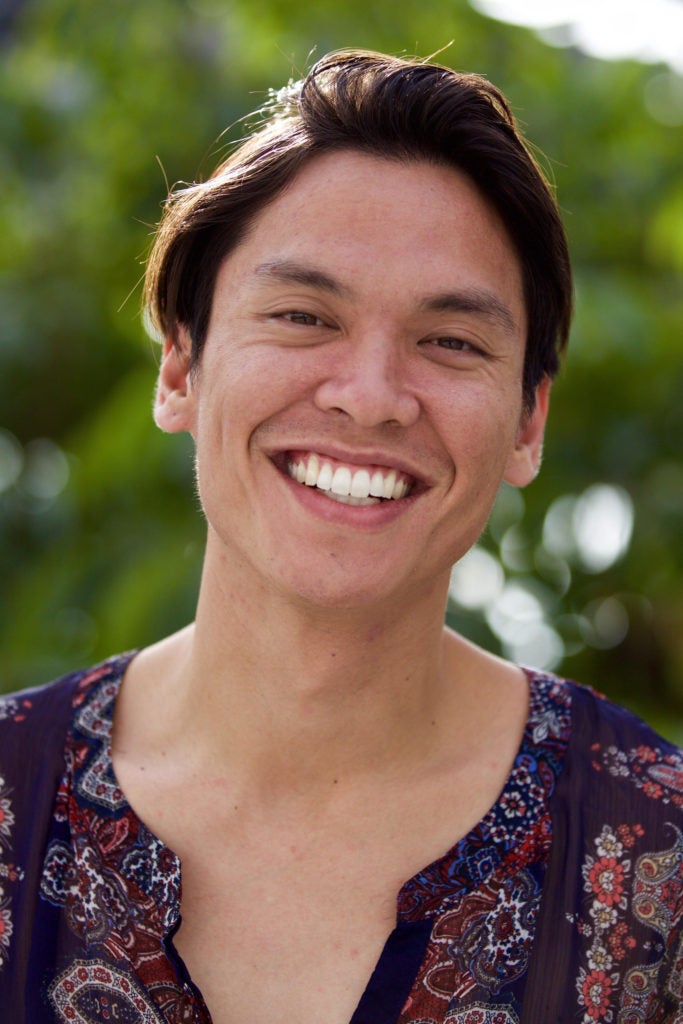 “I wrote ‘StanD’ to help break the stigma of mental illness,” they say.

Aguilar’s advocacy is borne out of his personal experiences, having been hospitalized at 16 years old and being diagnosed with bipolar disorder.

“As I grew up, I began to believe that sharing my own experiences living with bipolar disorder can help break the stigma, especially within the Filipino American community.”

Aguilar was hospitalized again later on as an adult after an extreme manic episode. “It was then that I wanted to find a way to help others from being hospitalized themselves. That’s when I started writing the play.”

Developmental versions and excerpts of the play have been staged at high schools and wellness conferences and have received positive feedback.

“There was a Filipino American girl that was warned that she may encounter a few triggers from watching the play and that she was allowed to leave if necessary.

“I am glad she stayed, because she talked during the post-show discussion about how she was hospitalized herself and how this play really helps her feel that she’s not alone.”

At another previous staging, one audience member started crying during the post-show discussion.

“Toward the end of our discussion, a woman pointed out how there is hope revolving around mental health simply because there is a group of Filipinos who has the time and effort to put on a play, simply to help people. That made us feel good.”

Signs and symptoms for mental illnesses vary from individual to individual and from condition to condition.

Aside from approaching medical or health professionals for advice, Aguilar recommends researching information from the websites of National Alliance on Mental Illness (Nami.org/Learn-More/Know-the-Warning-Signs) and Each Mind Matters (Eachmindmatters.org).

Aguilar is certified as a Peer Health Educator from APAIT Special Service Group.  “I have some training on how to conduct discussions revolving around health of any kind, but especially prevention from diseases. I believe my training translates into the mental health sector and I am so honored and glad to be given the opportunity to conduct the ‘StanD’ discussions.”

Aguilar is eager to spread more awareness about mental health through theater and welcomes inquiries from organizations, schools and groups interested in having the play performed at their locations.