PH makes a presence at kids’ int’l festival in Washington 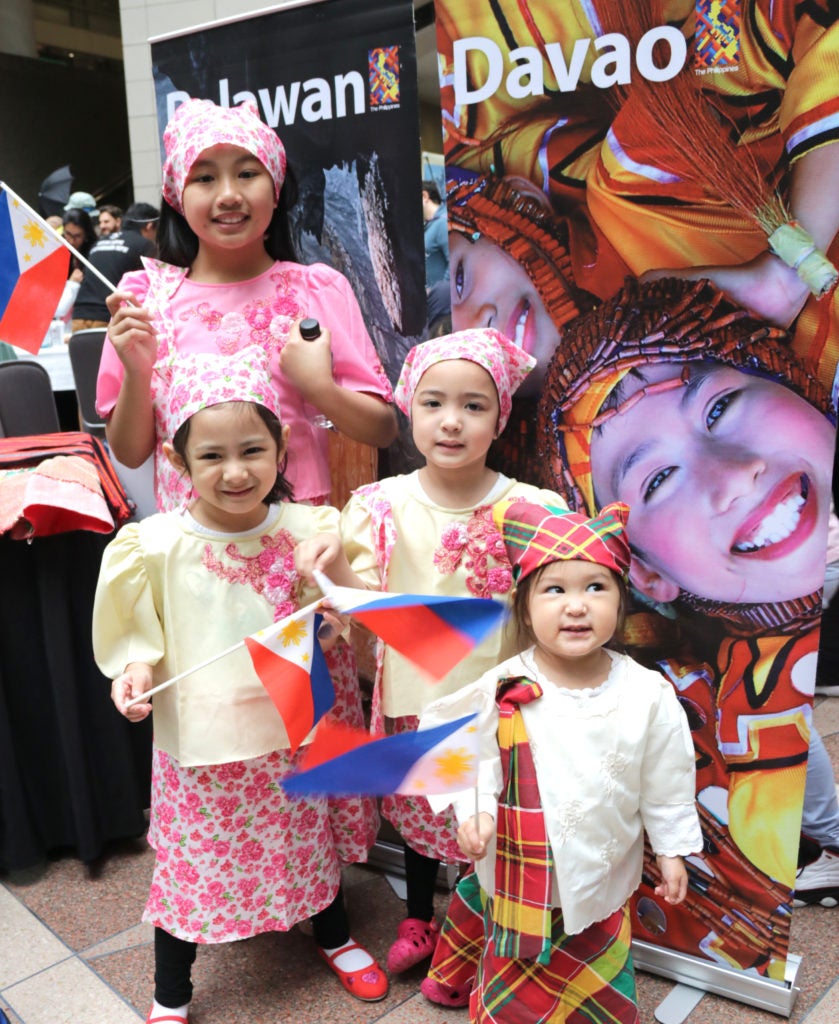 Kids in traditional Filipino dresses pose for a group photo at the booth’s tourism backdrops.CONTRIBUTED

WASHINGTON, D.C.— More than 20 embassies including the Philippines’ joined Culturfied Foundation’s International Children’s Festival on Sunday, May 1 at the Ronald Reagan Building and International Trade Center.

The interactive and educational festival provided families a chance to explore and experience various cultures from all over the world through traditional arts, craft and attires, international cuisine, music and dance, and diverse traditions among others. 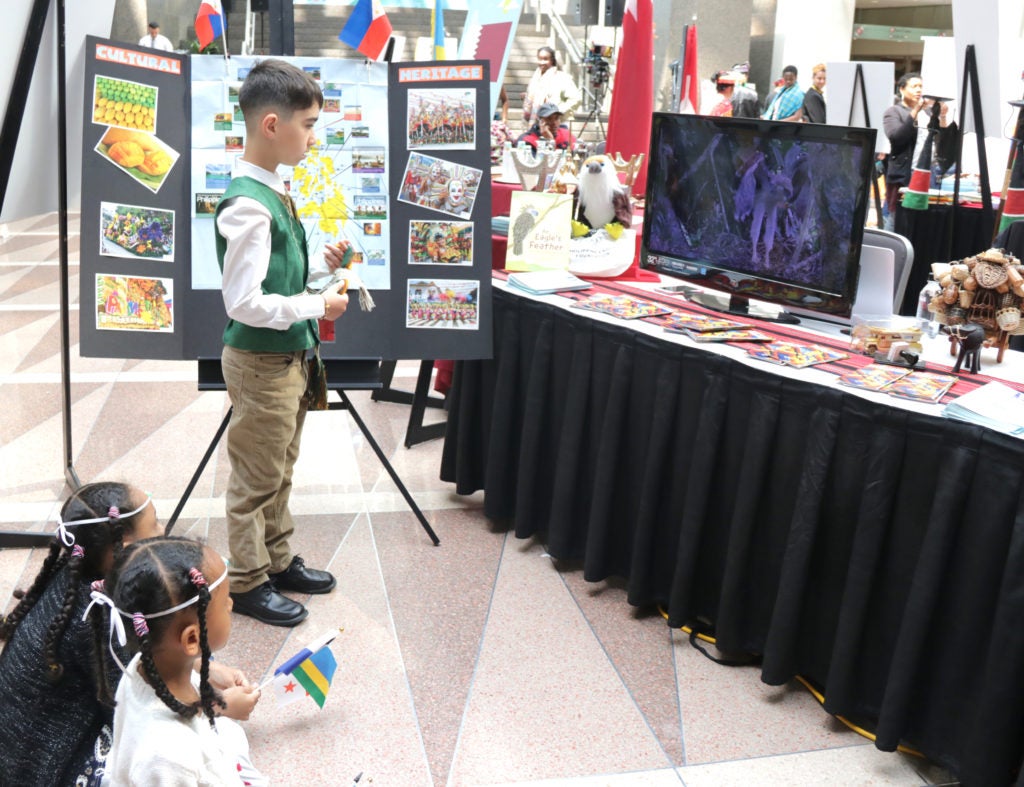 A short documentary about a Philippine Eagle named Kalayaan (Freedom), produced by Cornell Lab of Ornithology, in cooperation with the Philippine Eagle Foundation, was featured at the Embassy booth where kids watched the story of the giant forest raptor endemic only to the Philippines and considered to be the country’s national bird.

Joshua Marquez, a representative of InterIntellectus NFP, also joined the Embassy booth to let the kids try out “The Girl Who Sees,” a video game currently in development that explores Filipino culture, history, and language.

“This is our first time to join the International Children’s Festival. We hope that this will spark [children’s] interest in learning more about the Philippines,” Philippine Ambassador to the United States Jose Manuel G. Romualdez said in a statement. Joshua Marquez of InterIntellectus NFP gives a demonstration of the video game “The Girl Who Sees” during the International Children’s Festival.CONTRIBUTED

In an interview with Cultural Tourism DC, Embassy Public Diplomacy Officer Darell Artates, who led the Embassy’s participation in the festival, said, “It is important for us to expose the youth to cultural diversity and inculcate in them the values of acceptance, equality, and respect early on.”

In addition to the story of the Philippine Eagle and the video game “The Girl Who Sees”, guests also enjoyed Filipino finger food lumpia shanghai, discovered the country’s unique geography and exciting tourist destinations, and tried out traditional dresses and costumes for kids. The Philippine Department of Tourism also provided mini coloring post cards as giveaways. 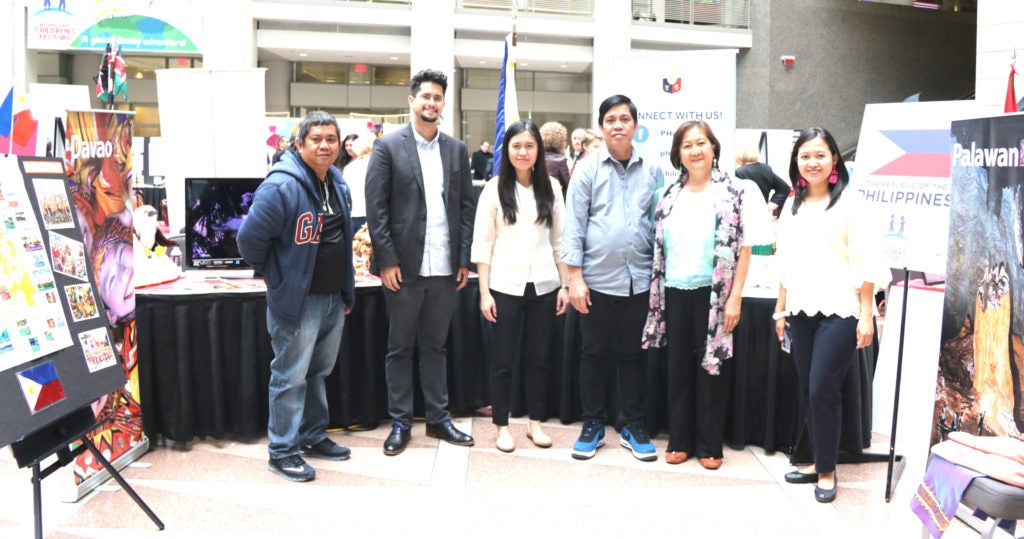 The International Children’s Festival leads into the month-long calendar of Passport DC events produced by Cultural Tourism DC, held each May.

Culturfied Foundation is dedicated to fostering cross-cultural understanding by promoting the richness, variety and originality of all cultures using the platform of arts, education and special events.