Filipino WWII Soldiers: They served and fought, they had no other choice

Filipino WWII Soldiers: They served and fought, they had no other choice 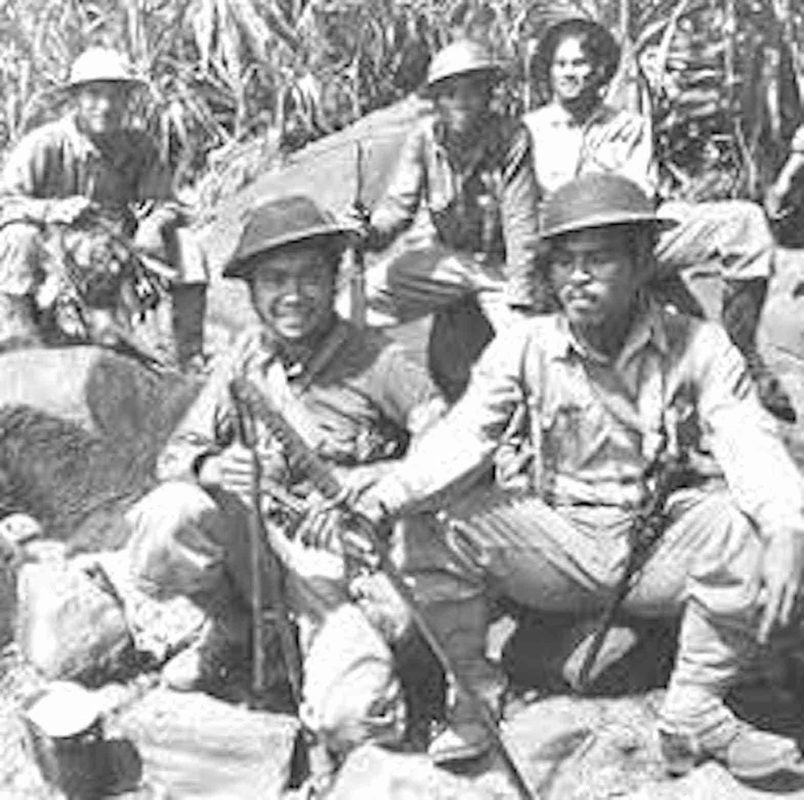 Each year in the United States, the Dec. 7, 1941 attack on Pearl Harbor in Hawaii by Japanese Naval Forces is commemorated.  President Franklin Roosevelt proclaimed this tragedy a Day of Infamy. The U.S Navy Pacific Fleet was nearly destroyed but was able prevent the occupation of Hawaii.

Hawaii was a colonial territory of the United States.  Statehood would come later. Yet, we seldom commemorate Dec. 8, 1941 across the Pacific when Japanese imperial forces attacked the Philippines – a colonial territory of the United States.  Thousands of Americans and Filipinos soldiers answered the call to arms to defend the United States in the Philippines. Poorly equipped and less trained, the soldiers mustered their battle positions despite being overwhelmed by the massive and powerful attack of the Japanese forces.  Later came the fall of Bataan and Corregidor, the Bataan Death March, and total occupation of the entire Philippines in May 1942.

But military defeat did not stop American-led Filipino soldiers from organizing hundreds of Recognized Guerrilla units in Luzon, Visayas and Mindanao to fight the Japanese forces. Even with little or no reinforcement of forces and supplies from the United States, these brave resistance fighters prevailed, paving the way for the country’s liberation in Oct. 1944. These Filipinos and Americans were strongly determined to fight for their freedom regardless of the huge cost in human lives, especially the civilians, and devastation cause by war in the Philippines.

Love of country and its people, patriotism and valor, were their motivation to the end, and defeat of a vicious enemy was their ultimate mission.  In the end, some 57,000 were killed in action, thousands more were wounded for life, and hundreds more still missing in action.

Duty to Country was their pledge to the Philippines and United States. That is why they served and fought.  They had no other choice.