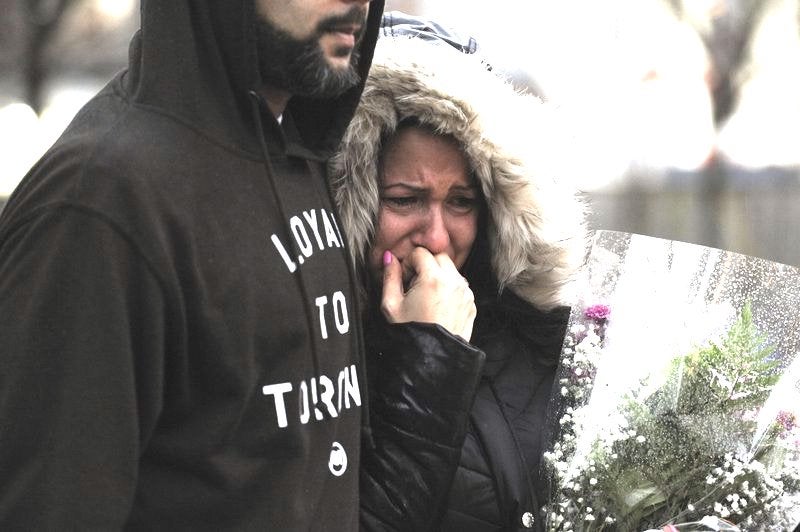 TORONTO — The deadly van rampage in Toronto is training attention on an online world of sexual loneliness, rage and misogyny after the suspect invoked an uprising by “involuntary celibates” and gave a shout-out to a California killer who seethed at women for rejecting him.

The world of self-described “incels,” where sexual frustrations boil over into talk of violent revenge against women, has become a virtual home for some socially isolated men like the 25-year-old computer science student charged in Monday’s carnage on Toronto’s busiest thoroughfare.

Minutes before plowing a rented van into a crowd of mostly women, killing 10 people and injuring 14, suspect Alek Minassian posted a Facebook message that seemed to offer one of the few clues so far to what was on his mind. “The Incel Rebellion has already begun!” it read.

Police confirmed Minassian posted the message but have declined so far to discuss a motive for the attack as they continue investigating. But the post has revived concerns about the anti-woman vitriol embraced by California mass killer Elliot Rodger and invoked by Minassian in his post.

The incel community is “one of the most violent areas of the internet,” said Heidi Beirich, who tracks hate groups for the Southern Poverty Law Center. “It may seem to some people that this is kind of a group of pathetic, victimized white males who just are lonely. It’s not. It’s ugly.”

Yet some incel sites insist they don’t condone violence or misogyny. And Judith Taylor, a University of Toronto professor who focuses on social movements, notes that some participants in incel discussions simply feel forsaken, while others “can become very graphic and very toxic.”

Until Monday, Minassian had a life that never attracted authorities’ attention.

Living with his family in suburban Toronto, he studied at nearby Seneca College, where some fellow students told news media he had a way with computers. He briefly joined the military last year but asked to leave recruit training after just 16 days, according to Canada’s Department of National Defence.

As a teen, he had an awkward personality, those who knew him then said.

“He was known to meow like a cat and try to bite people,” though he never was violent, wrote Alexander Alexandrovitch, who said in a Facebook post that he went to high school with Minassian.

Others said Minassian had struggled socially, especially with women.

More recently, people in Minassian’s neighborhood saw him as a somewhat withdrawn figure. On walks around his neighborhood, he would talk to himself and looked straight ahead, not acknowledging passers-by, neighbor Saeid Farokhkish said.

Local pizzeria manager Aman Enshai recalled Minassian came in a couple of nights a week for a slice but never said much.

Minassian’s family hasn’t commented on him or the murder and attempted murder charges against him. His father, Vahe Minassian, looked distraught and only said, “I’m sorry,” as he left a courthouse Tuesday. It’s not clear whether Minassian has a lawyer who will represent him as the case progresses.

Whatever emerges about his mindset and alleged motivations, his mention of an “incel rebellion” immediately put the virtual community under scrutiny. Discussion forums buzzed with reactions — some celebratory, some shocked, many wary of the attention.

The “involuntary celibate” identity dates to the 1990s, coined by a Canadian woman aiming to launch a supportive exchange about sexual solitude, according to Taylor.

But over time, “incel” has become a buzzword for certain men infuriated at being rejected by women and prone to float ideas for violent payback, according to sociologists and others who follow incel circles.

Participants “see feminism, and women in general, as a reason their lives are so difficult,” said Maxime Fiset, a self-described former neo-Nazi who now tracks extremist websites for the Montreal-based Center for the Prevention of Radicalization Leading to Violence.

Forums are laced with suggestions that at least some of the discussions are merely satire or a way of blowing off steam.

But the site Reddit shut down one popular incel forum last year, after announcing a ban on content that calls for violence or physical harm.

Bailey Poland, the author of a 2016 book about online misogyny, says the talk of brutality is risky, whatever the posters’ intentions.

It’s “contributing to an environment where that kind of violence is seen as normal and acceptable. So even if you have no actual intent to do that, someone who does is going to see those posts and think they’re not alone,” said Poland, a doctoral student in rhetoric at Bowling Green State University.

Rodger, a 22-year-old community college student, killed six people and wounded more than a dozen others in shooting and stabbing attacks near the University of California, Santa Barbara before killing himself in 2014. He had railed in a manifesto and online videos about women who shunned him and called for an incel “overthrow” of what he saw as feminist domination.

To be sure, Rodger wasn’t the first killer with a misogynistic mindset. A man who killed three women and wounded nine others in a Pennsylvania dance-aerobics class in 2009 left behind a vitriolic diary about his lack of a love life. In 1989, a 25-year-old man who blamed feminists for ruining his life killed 14 women at a Montreal engineering college in Canada’s deadliest mass shooting.

While violence against women extends beyond any online discussion, “this is a discourse that promotes a wider, broader misogynistic culture,” said Ross Haenfler, a Grinnell College sociologist who studies subcultures. “We should take it very seriously.”