The play “Alunsina’s Love,” written by Filipino playwright and filmmaker Christopher Gozum, was commissioned by the University of Winnipeg’s department of theatre and film.

A new work by a Filipino playwright telling immigration stories from the history of Winnipeg, Manitoba, Canada is welcoming back in-person audiences at the University of Winnipeg’s department of theatre and film until Dec. 3.

The play “Alunsina’s Love,” written by Filipino playwright and filmmaker Christopher Gozum, was commissioned by the department, according to Dennis Gupa, assistant professor and director of the play said in an interview with CTV Morning Live on Wednesday.

The play reimagines a Philippine creation story about the deity Alunsina and weaves in Winnipeg’s 1970s garment industry that employed many Filipino immigrants. “The reason behind it is really cultural bonding, cultural bridging,” Gupa, a Filipino immigrant himself, said. 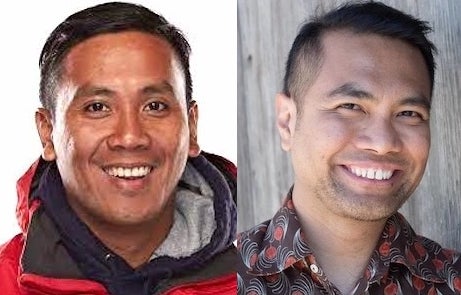 The cast of eight underwent a week-long process learning about Philippine mythology, migration, race and justice, and ancient tattooing from esteemed artists.

The show marks the first in-person production the department has put on since the winter of 2020.

The show runs until Dec. 3 at the Asper Centre for Theatre and Film. Admission is free, but reservations are recommended; visit UWinnipeg’s Department of Theatre and Film or call the 24-hour Reservation Line at 204.786.9152.