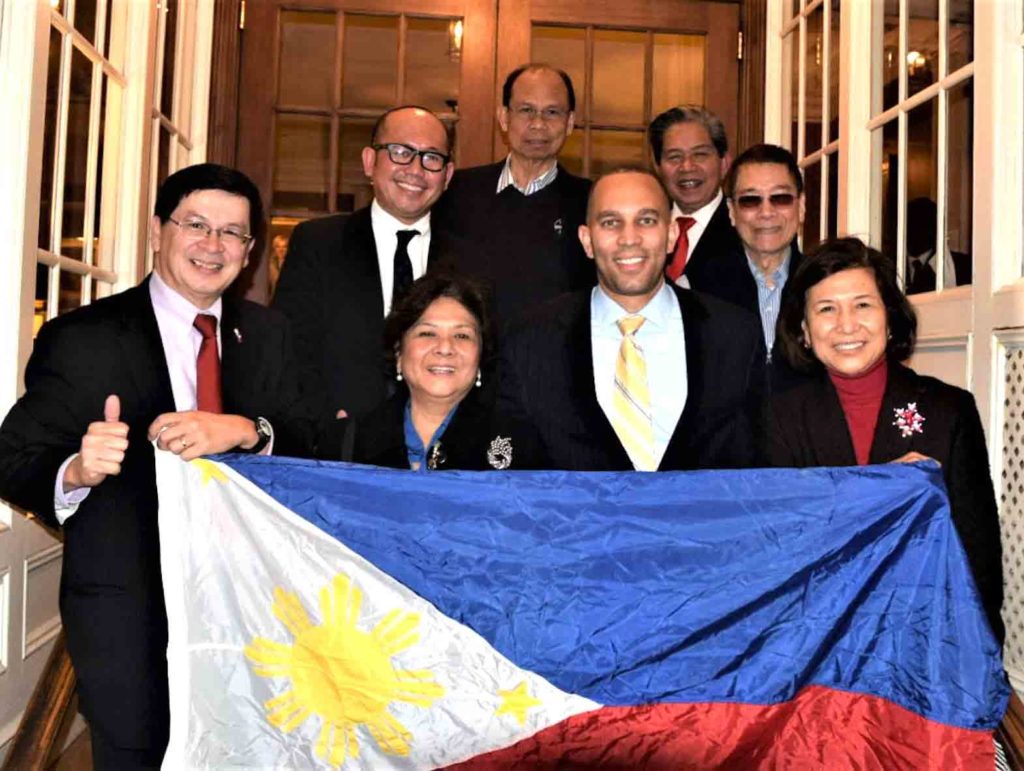 NEW YORK – A Filipino American advocacy group applauded the election of Rep. Hakeem Jeffries of Brooklyn as the first African American top Democratic leader in the U.S. Congress, and said it will ask him for help in arranging a preferential immigration pathway for Filipino Amerasian children fathered by U.S. servicemen and left behind in the Philippines.

“We are thrilled about this historic event. We are hopeful that Rep. Jeffries will revive next year the issue of thousands of Amerasian children abandoned in the Philippines,” said Loida Nicolas Lewis, a New York philanthropist and the national chair of the U.S. Filipinos for Good Governance advocacy organization.

Filipino children of American service members were excluded from preferential immigration status under the 1982 Amerasian Immigration Act for children in Asia fathered by U.S. service personnel in Korea, Vietnam, Laos, Kampuchea, and Thailand. Congress passed this 1982 law because of the poor economic and social conditions experienced by Amerasians in their homelands,.

“We will urge Jeffries to again take an active role to right a wrong and end an inhumane U.S. immigration policy on children left behind by American servicemen in the Philippines. They are now adults and majority face discrimination and poverty,” Lewis added.

Lewis said her organization will work with other stakeholders to launch the Filipino-Amerasian bill campaign on Valentine’s Day, hoping it will pass in the House by July 4th, Philippine-US Friendship Day and in the Senate next year. They will be meeting with their Congress members and staff to inform them about the Filipino Amerasians’ condition of poverty.