Ninoy Aquino and my cousin Stephen – political and personal tragedies

Ninoy Aquino and my cousin Stephen – political and personal tragedies

November 27 is both political and personal for me as an American Filipino.

It is the day I celebrate the birth of my cousin, Stephen, a next generation Filipino immigrant in my family, who in 1984 was 27 and about to finally graduate from college. But he was gunned down when he entered the wrong apartment in San Francisco. The killer was never prosecuted. 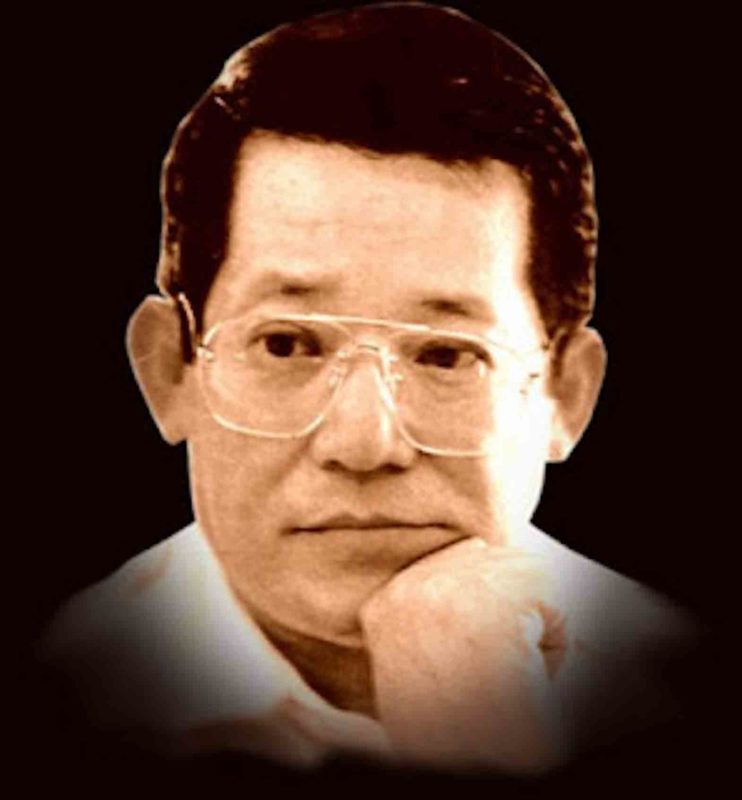 Instead of freedom fighter, Ninoy is now being painted as a cruel murderer, or a communist sympathizer, according to members of the US Filipinos for Good Governance.

It is also the day any freedom-loving Filipino celebrates the birth of Benigno Aquino Jr. Known as Ninoy, he was the great Filipino hope, the man who would restore democracy to the Philippines after decades of martial law under the repressive iron rule of the dictator Ferdinand Marcos, Sr.

Ninoy was returning from exile in the U.S. to challenge the dictator but never made it back. He would have been the right man in the right country.

But in 1983, Ninoy was also gunned down–assassinated–as he deboarded his flight home to Manila. He was just 61.

For the Philippines, Ninoy would have been the ultimate president of the Philippines to raise it up from the lows of martial law. Instead, while his wife Cory, was catapulted by “People Power” to the presidency, her administration was more transitional than transformative.

Indeed, the road back to democracy in the Philippines has been tarnished by corrupt administrations and a relapse back into lesser versions of martial law where violent human rights violations have become the norm.

And now it all has come full circle with the election of the dictator’s son, Ferdinand Marcos Jr.

That couldn’t have happened without a full embrace of martial law as a “necessary part of the growth of the Philippines.” Absurd? Of course. Martial law was unnecessary. But there is no other explanation.

Martial law only helped to preserve the power of Marcos and his family while they looted the country and enriched themselves. Good for them. Lousy for the Filipino people. History is not undecided on this. But people will try. And to make it all right, it is necessary to denigrate the memory of Ninoy Aquino.

Instead of freedom fighter, Ninoy is now being painted as a cruel murderer, or a communist sympathizer, according to members of the US Filipinos for Good Governance who met this week online to remember Ninoy.

Their memories don’t jibe with a real disinformation campaign underway in school text books, popular culture and movies to take Aquino off the white horse and make him look worse than the dictator Marcos.

That would seem to be an impossibility.  But it’s happening.

Ninoy was no saint. But as a persecuted political prisoner and exile, he was close. A previous generation knows the truth.  A new generation is now left with Marcos Jr

As an American Filipino, I got to know both sides of the Marcos debate.  My family is staunchly Ilocano from the home province of Marcos. To them, he could do no wrong. But my American side saw the events. I even reported from the Philippines in the ‘80s.

There was no excuse for Marcos and what he did. Even Filipinos who could get out wanted out.

I saw the immigration of a new generation of my family as a way to see the truth. That’s where my cousin Stephen comes in. His arrival to America after martial law was a way for me to look at the Philippines anew.

He was my hope of a new Filipino-born American Filipino. A new story. Different from me, born in the U.S. Stephen was like the second coming of my dad, the immigrant. But not arriving in the depression of 1929. Arriving just before the millennium. He came with a batch of Guillermos, all who survived the long wait in the visa line. They were going to make a difference in America.

And then Stephen was shot and killed at age 27. The murderer was held for three days and released. The law in California allows you to shoot to kill someone if that person is presumed to be an intruder.

There was nothing to be done. So after Thanksgiving, when we give thanks, Nov. 27 is always like a punch in the gut.

And then there’s the coincidence. Ninoy, Stephen, hope. Just a coincidence, yes. But also a reminder to fight through all the pain of memory and not dwell.

We mark the day, remember, learn.  And follow the spirits, higher.

Emil Guillermo is a reporter and commentator. He writes a column for the Inquirer.net’s North American bureau.