Thankful for my pre-Thanksgiving colonoscopy

Thankful for my pre-Thanksgiving colonoscopy 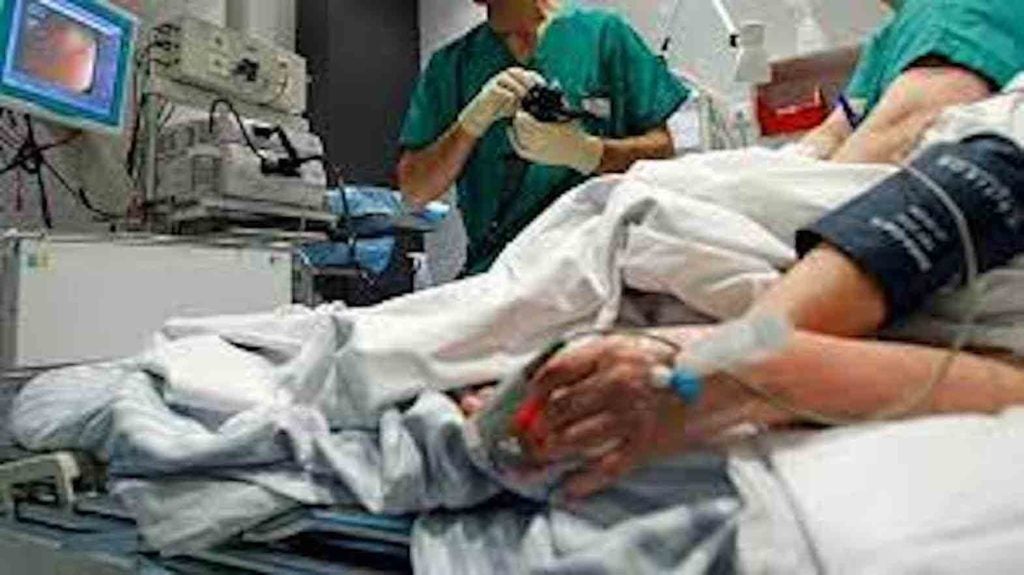 In a colonoscopy, a doctor inserts a small camera into a patient’s large intestine and checks for possible tumours. The doctor who performed incompletely documented procedures in west-end Montreal is still practising medicine. (Jean-Paul Pelissier/Reuters)

The runup to Thanksgiving is predictable. Like clockwork, President Biden has pardoned Chocolate and Chip, two North Carolina turkeys. But think about the other 45 million unpardoned birds and just go vegan.  It’s not impossible to go beyond the cruelty of the Thanksgiving meal.  You’ll still be full, but healthier. And if you eat more vegetables, your colon will definitely be grateful.

And that is my goal this year, to have a grateful colon. On Friday last week, I had a colonoscopy.

Colonoscopy is a big word for “Your large intestine would like it’s picture taken—from the inside—now.”

In the past, this would seem to be an impossible selfie. A difficult Kodak moment. The universe did not make it easy to do such a thing. But thanks to human ingenuity, the idea of a camera up one’s butt was not considered so daunting a task.

And yet for some reason, I remained skeptical. There’s just something about your colon saying it’s ready for its closeup.

I have signed up and canceled so many times. I even tried that alternative method I call “poop in a box,” whereby you simply put your stool in a plastic bag and send it by USPS.

I know my mailman. I couldn’t do it. The box sat on my desk. And now Katie Couric, whose husband died of colon cancer, has switched from being the face for colonoscopy advocacy for “poop in a box.” I still couldn’t.

I can’t explain my colonoscopy reluctance, but the facts end up making the case.

If you’re over 50 a colonoscopy is the best preventive action you can take.

So, I was ready for the procedure. But just last month  in October the New England Medical Journal published a landmark study that said maybe the benefits of colonoscopies for cancer screening has been oversold.

A group from the University of Oslo did the first head-to-head comparison of colonoscopies vs. doing nothing in a randomized trial.

The results? Only an 18 percent lower risk of getting colorectal cancer and no significant reduction in the risk of cancer death. The do-nothings win?

This study is a procrastinator’s enabler. But then I recalled the 2020 death of Chad Boseman, the “Black Panther” actor who died at age 43 of colorectal cancer. That cancer is increasingly hitting younger demos.  And it’s a cancer that is preventable if caught in time.

How is that done? Through colonoscopy. Finally, my animal rights wife just said, “Stop acting like a baby. Just do it.” So I did it, last Friday.

If there’s anything bad about colonscopies, it’s the so-called “prep.” But it’s really to make sure the doctor doesn’t have to see your poop. You do. And do. And do.

The goal is to clean out your intestines with a nice flush. Ask your doctor for the prep that takes just 6 ounces of a clear fluid and tastes like Robitussin. You mix that with 10 ounces of water. And then you drink another 32 ounces within an hour. That’s 48 ounces total.

This is the shortcut. They used to make people drink a gallon of water.

And then you wait till your stomach gurgles and you race to the toilet where you sit down and it feels like a trap door has opened up under your bowels.

Or maybe it’s more like Niagara Falls. Results will vary.

Remember, you have 48 ounces in you. It doesn’t happen all at once. Maybe eight times over the next 4 hours are so. It’s an experience.

And then 12 hours later, you do it again! Another 48 ounces. In and Out. As you go through it all, your poop evolves to from murk to clear. The promised land.

That really is the worst part of a colonoscopy. But your colon is clean and presentable for public viewing.

At the hospital, I meet the doctor and try to do a video with my cell phone where he explains how he’s going to take a picture of my large intestine.

I repeat the line, “My colon is ready for its closeup.” My Indian American doctor plays along, but then stops and says, “You better press start on the camera.”

And at that point I knew I was in good hands. This doctor knows not to forget to press the shutter on the colon cam!

The nurses are all Filipino and they prepare me for the procedure. They are all Filipino. And they know I am one too when I say my last name, “Guil-yermo,” just like all the Filipinos.

You’re like my dad, one said to me. They roll my gurney into the procedure room, the photography suite. One of the nurses who saw me with a camera and taking notes asked, “Do you blog?”

And I told them I was a journalist. And the doctor said at this age, as if work was not an option.

And I said, “Doc, you’re about to put a camera up my butt, is it too much to Google me?”

That got a big laugh from the team, three nurses and the doctor in the operating room. A happy colonoscopy team is a good thing.

They turned me over on the side to insert the camera, but by then I’d been given the sedative Demerol

Demerol, is as you know, an opioid. And I attest it really works. A half dose was all it took. I definitely was not my body. I was somewhere else.

The next thing I knew I was slightly upright and they were showing me pictures like vacation snapshots.

“Your colon,” said the doc proudly. I’m a little woozy, but I’m told they found a small polyp and snipped it off to test for malignancy. Basically, my vegan diet had done the trick. I had a young man’s colon!

And that was that. They send you home. They do 15 million a year of these, you know. Next!

On the drive home late in the afternoon, I’m relieved and thankful it was not a big deal.. They didn’t find a potential for cancer. And I may not have to do this again for another five years or more.

But I’m thinking, I kind of liked this. Maybe I can do this every year. Just for the Demerol?

I don’t think I’ve ever felt this clean before ever. My colon is empty! It’s a kind of purity like I’ve never felt before as if there is some deeper meaning to my colonoscopy.

I turn to my wife who is driving us home, and she is the reality check.

She’s on to the next thing. Dinner. But not for me. I stayed pure for two more days, drinking just water and coffee and bullion.  I liked the feeling of emptiness.

And then on Sunday afternoon I broke the fast with a banana. Remember the AAPI colon cancer stats. If you are hesitant, don’t be.

That’s my recommendation. If you are middle-aged or older you should have a colonoscopy. Do it around Thanksgiving. Not only will you be primed and emptied out for the big holiday meal, you’ll have a sense of gratitude from the inside out.