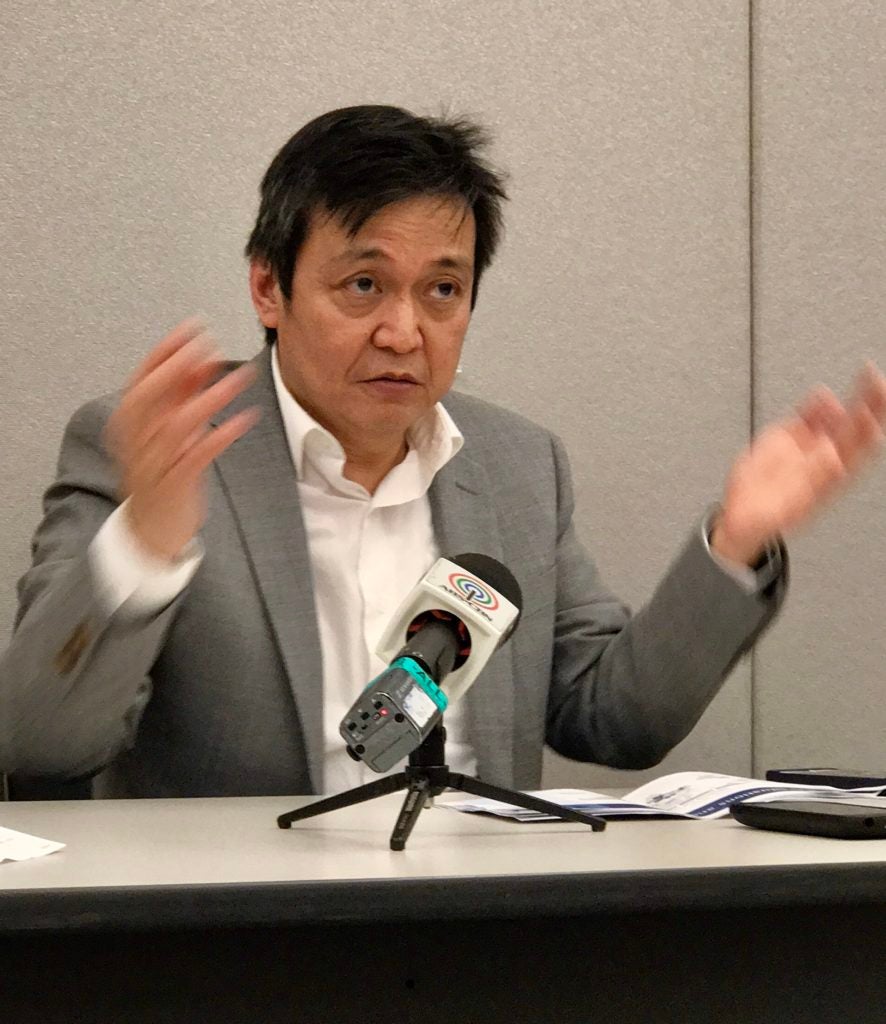 “Those who committed violations in the past were not held accountable. And now, all that impunity has come back to haunt the country,”says ICTJ lawyer Ruben Carranza, guest speaker at FilAm Press Club’s Kapihan on the implications of the Philippines’ withdrawal from the International Criminal Court. INQUIRER/ELTON LUGAY

NEW YORK—Lawyer Ruben Carranza, director of the International Center for Transitional Justice’s (ICTJ) reparative justice program, believes his former law school classmate and now Presidential Spokesman Harry Roque Jr. knows better than to accept a claim that the Philippines was never part of the International Criminal Court (ICC) because the Rome Statute was not published in the Official Gazette.

“The reasons they gave are self-contradictory and hypocritical,” Carranza told INQUIRER.net. “There are no reasons required for withdrawal, and [these arguments are] simply meant to shield themselves from investigation. So obviously self-vested interests—you are not the state, you are not the people of the Philippines, you are the president only of the country.”

Carranza, the guest speaker at a recent “kapihan” organized by the FilAm Press Club here, claimed the 15-page memo prepared by Panelo’s office was distributed long before Roque had a chance to review the document, which contained a series of arguments the ICTJ lawyer found too silly, something “that a person who goes to law school in the first semester and drops out will use.” 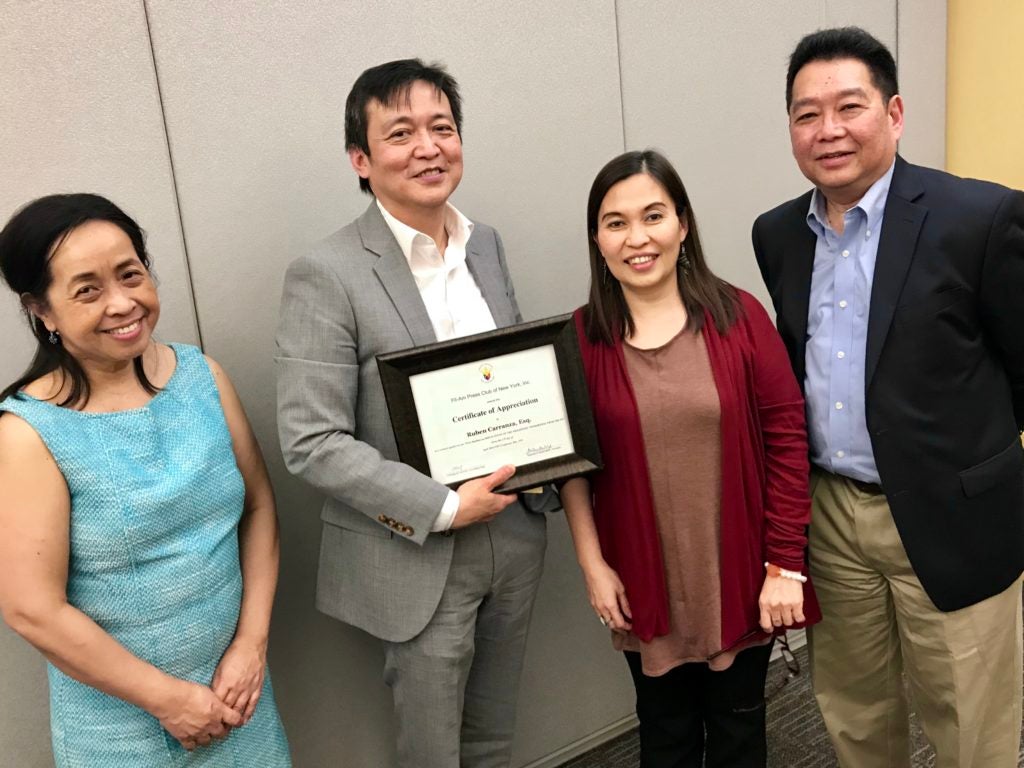 “Even if we took that seriously, the Philippines has actually taken so many steps that effectively recognizes the effectiveness of the ICC treaty,” Carranza said.

For starters, the Philippines has attended the annual Assembly of State Parties to the Rome Treaty and its representatives have given speeches there, the ICTJ lawyer noted. It also sends an ambassador to The Hague and contributes to an ICC fund specifically created to allow visits from family members of detainees in The Hague, he added.

“So maybe they can remind the President they serve that they in fact ratified it, which means there is a very substantial point to a withdrawal,” Carranza said.

But just like what activists did in other countries such as South Africa, the withdrawal from the ICC may be disputed in court.

“Otherwise, if the President of the Philippines can just simply terminate the obligations of the Philippines in a treaty, then we could get out of the postal union and our post office would no longer be able to send letters everywhere. We could get out of the telecommunications union, it’s a treaty and so we can’t connect our Philippine phones to phones everywhere in the world. You have tremendous nonpolitical technical implications of allowing one person to decide not to be bound by a treaty, but that’s the potential challenge,” he added.

Another way vs. Duterte

Another way is to cite R.A. 9851, which criminalizes genocide, war crimes, and crimes against humanity—the same crimes that are subject to the jurisdiction of the ICC.

“You have two general legal trajectories here—challenge the withdrawal in a Philippine court and make sure that the prosecutor proceeds into preliminary investigation with the authorization of the pretrial chamber,” Carranza said at the FilAm Press Club event.

The Philippine withdrawal from the ICC will take effect by March next year, one year after the official notification, according to Carranza. This means a preliminary examination and a preliminary investigation by a pretrial chamber may proceed before Mar. 16, 2019. 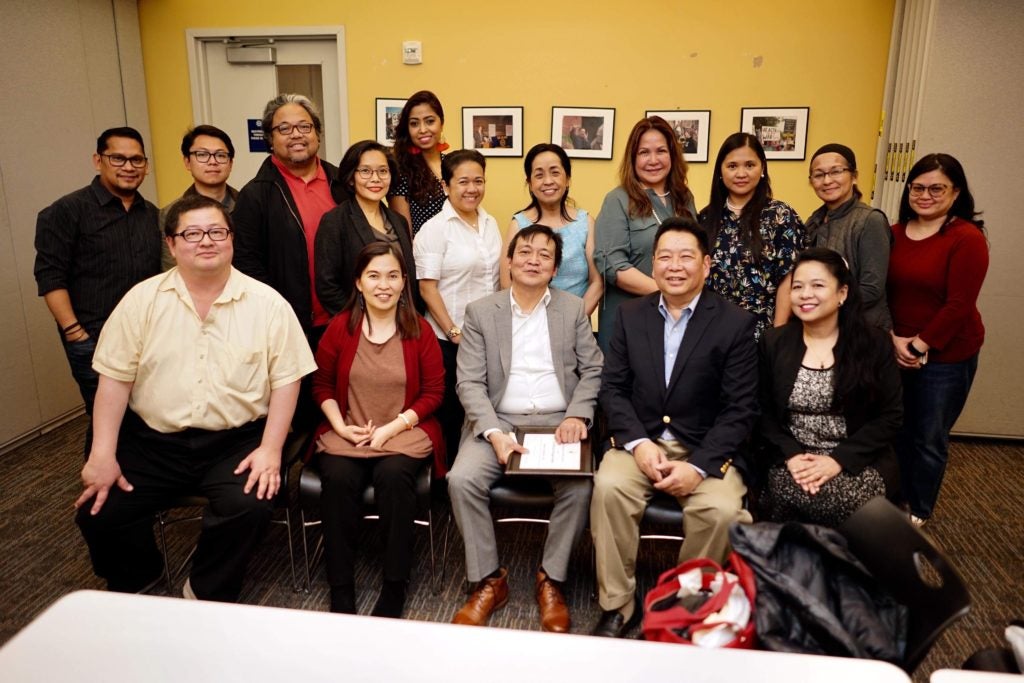 Attendees at the FilAm Press Club “Kapihan” with Atty. Ruben Carranza, who declared that the “Philippines is a country where you have half accountability and full impunity.” LAMBERT PARONG

“The ICC can actually proceed to investigate, to open an investigation,” Carranza told INQUIRER.net. “It doesn’t matter right now that the Philippines has filed a notice of withdrawal. It has not taken effect and the prosecutor can open an investigation into what she has been examining right now. In some cases, it has taken the prosecutor long nine years in Afghanistan. But in Libya, it took only weeks. So I wouldn’t be conclusive about [whether] it takes so long [or] so quick, it can go either way.”

Threatening ICC prosecutor is a crime

In the meantime, he cautioned against any further threats to ICC prosecutor Fatou Bensouda or any ICC prosecutor, for that matter, because issuing them is also a crime.

“There’s a specific article in the Rome Treaty, Article 70 which actually criminalizes intimidating and threatening officials of the ICC, punishable by at least five years that’s separate from war crimes, crimes against humanity, genocide,” Carranza warned.

In recent pronouncements, Duterte has threatened to arrest Bensouda if she proceeds with her investigation and comes to the Philippines.