Best of PH journalism vs. worst of Duterte’s fascism

Best of PH journalism vs. worst of Duterte’s fascism

It’s a time to celebrate. For the best of Philippine journalism has been scoring victories against the worst of Duterte-style fascism.

Let’s start with one of the most prestigious journalism awards in the world. This year’s Pulitzer Prize for international journalism went to a Reuters team that included veteran journalist Manny Mogato for their exhaustive coverage of the Duterte slaughter.

The Pulitzer judges praised Mogato and his colleagues for their “relentless reporting that exposed the brutal killing campaign behind Philippines President Rodrigo Duterte’s war on drugs.” 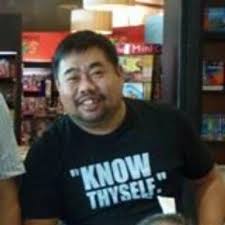 The Reuter’s coverage, titled “Duterte’s War,”  included the shocking investigative reports on how police used hospitals to cover up the killingsand how the Duterte slaughter began targeting childrenin a bid to widen the campaign.

The story begins: “The Philippine police have received cash payments for executing drug suspects, planted evidence at crime scenes and carried out most of the killings they have long blamed on vigilantes, said two senior officers who are critical of President Rodrigo Duterte’s ‘war on drugs.’”

Manny Mogato has been paying a stiff price for his courageous reporting. He has been routinely attacked by cyberbullies. His Facebook page was once defaced.

He gets attacked even for his routine reporting.

For example, he was one of the journalists who reported on Duterte’s speech in which the Philippine president likened himself to Adolf Hitler,

“There are 3 million drug addicts (in the Philippines),” Duterte said. “I’d be happy to slaughter them,” the President was quoted saying.

But for doing his job, for accurately reporting Duterte’s comments, Manny Mogato became a target of abuse. Duterte supporters circulated his photo and that of another reporter with the words: “The real culprits behind the fuss over President Duterte’s Hitler comment. Irresponsible journalists must be punished.”

Manny Mogato’s Pulitzer triumph was announced shortly after another victory for another group of courageous Filipino journalists.

Just a few months ago, Rappler CEO and veteran journalist Maria Ressa said this: “Facebook needs to moderate its greed, clean up the toxic waste and be accountable for its role as the new gatekeeper to information.”

Ressa has been one of the vocal critics of Facebook’s inability to control the distribution of lies and so-called “fake news” on the platform.

Now you’d think that the tech behemoth that operates the world’s most influential social network couldn’t care less about what the CEO of a small Philippine media organization has to say.

Last week, Facebook announcedthat it is working with Rappler and Vera Files, two of the most respected journalism organizations in the country, in an aggressive campaign against outlets peddling lies on the social media platform.

“We are committed to fighting the spread of false news and misinformation on multiple fronts, employing a variety of tools and tactics,” Clair Deevy, Facebook’s Director for Community Affairs for the Asia Pacific, said in a statement. “Partnering with third-party fact-checking organisations is one of the ways we hope to better identify and reduce the reach of false news that people share on our platform.”

Like Manny Mogato and the journalists of Rappler, led by Ressa and veteran journalists Glenda Gloria and Chay Hofilena, and of Vera Files, led by Ellen Tordesillas, Luz Rimban, Yvonne Chua have been doing the best investigative reporting on a murderous regime at the helm of yet another dark chapter in our history.