US House Speaker Nancy Pelosi to announce next plans on Thursday

US House Speaker Nancy Pelosi to announce next plans on Thursday

U.S. House of Representatives Speaker Nancy Pelosi will announce on Thursday whether she will step down as Democratic leader of the chamber, a day after Republicans were projected to have won control of the House in the midterm elections.

The Washington news outlet Puck News, quoting unidentified sources, reported that Pelosi would say that she plans to leave her leadership role and endorse Representative Hakeem Jeffries to take her place.

A spokesman for Pelosi responded to that report on Twitter, saying, “the Speaker took two versions of her speech home last night as has been reported. Anybody who tells you they know what she will do is a liar.”

Pelosi, an 82-year-old liberal from California who is the first woman to hold the powerful job of speaker, has been under pressure during the past few years from younger House Democrats to yield power. Pelosi has served two stints as speaker. 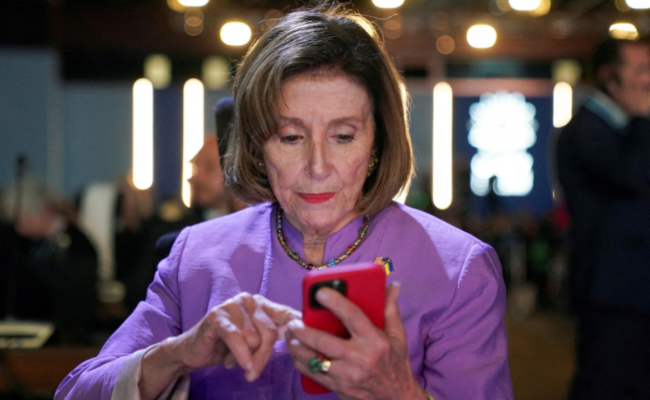 Pelosi, an ally of President Joe Biden, has represented a congressional district from San Francisco since 1987. Jeffries, 52, would make history as the first Black leader of a party caucus in the House and herald a new generation of leadership.

Her decision may have a bearing on whether outgoing House Democratic Majority Leader Steny Hoyer, 83, and Democratic Whip James Clyburn, 82, will seek top Democratic positions in the new Congress that convenes on Jan. 3. House Democrats are set to vote on their leaders on Nov. 30.

Pelosi said late on Wednesday that House Democrats “will continue to play a leading role in supporting President Biden’s agenda – with strong leverage over a scant Republican majority.”

She did not specifically address her role in the future. Still, She recently noted that the Oct. 28 assault on her husband Paul by a hammer-wielding intruder in their San Francisco home, and other factors, would impact her decision. 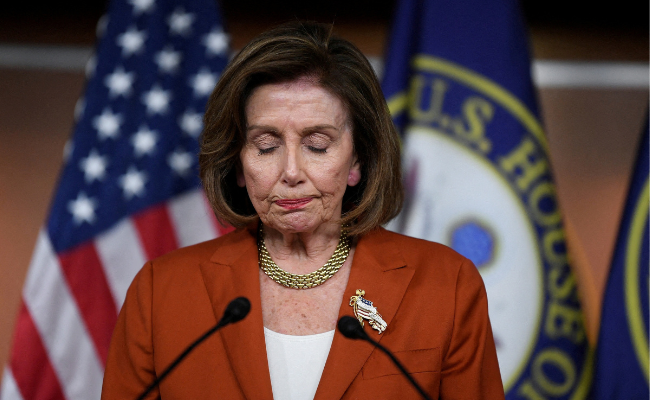 Biden has voiced his support for her. Pelosi was first elected to the House in a special election and steadily moved up the ranks, securing leadership positions before winning her first term as speaker in 2007.

Like Biden, who turns 80 this weekend, Democrats’ aging leadership has raised questions about the party’s next generation even as Americans live longer.

The highest-ranking and most powerful elected woman in U.S. history until Kamala Harris became vice president in January 2021, Pelosi first served as speaker from 2007 to 2011 as Democrats rode opposition to the Iraq War to control the House. She became speaker again in 2019 when Democrats rode a wave of opposition to then-President Donald Trump to win control of the House and were re-elected as speaker in November 2021.

On Wednesday, House Republicans offered initial support for Kevin McCarthy to serve as speaker when the next Congress is sworn in on Jan. 3. Republican control of the House, projected on Wednesday, gives that party the ability to rein in Biden’s agenda, as well as to launch potentially politically damaging probes of his administration and family.

McCarthy, also from California, currently serves as House Republican leader and will face an election by the entire House at the start of the new year. It was not yet clear if he would win enough backing from fellow Republicans to win the speakership.

Americans are concerned about the age of their leaders in Washington, a Reuters/Ipsos poll last week showed, with 61% of respondents saying they were somewhat or very concerned that members of Congress are too old to represent the American people. Some 87% of respondents said members of the House should retire by 80.