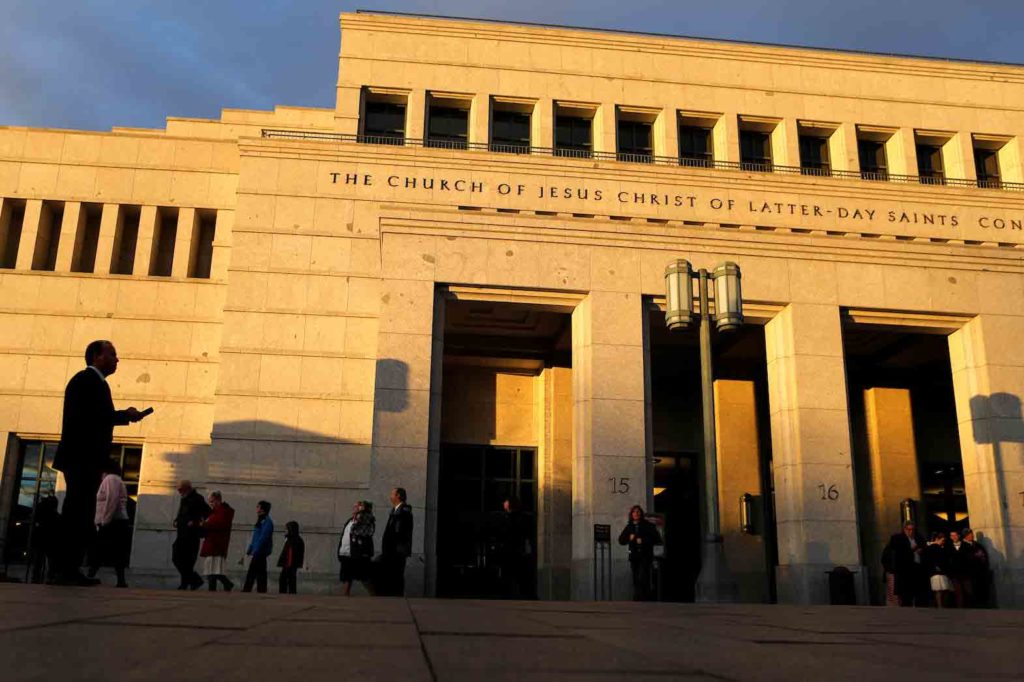 People leave after paying their respects during a public viewing at the LDS Conference Center for Thomas S. Monson, President of the Mormon Church, in Salt Lake City, Utah, U.S. January 11, 2018. REUTERS/Mike Blake

The Church of Jesus Christ of Latter-day Saints said on Tuesday it supports proposed federal legislation intended to protect gay-marriage rights, as long as it also protects the right of religious groups to believe such unions are against God’s word.

The Utah-based church said in a statement posted on its website its doctrine related to marriage – that God commanded it be between a man and a woman – would remain unchanged.

But the church said it would support the legislation after a bipartisan group of senators negotiated an amendment to the version passed by the U.S. House in July. The change states that the bill would have no impact on religious liberties protected under the U.S. Constitution.

Specifically, the Senate version states no church can face a civil lawsuit or other legal action for refusing to provide any service or access to its facilities for any marriage it opposes.

The Senate is expected to approve its version of the “Respect for Marriage Act” as soon as this week.

The Mormon church said the amended legislation “is the way forward.”

“As we work together to preserve the principles and practices of religious freedom together with the rights of LGBTQ individuals, much can be accomplished to heal relationships and foster greater understanding,” the church said.

The bill is intended to ensure the U.S. Supreme Court does not end gay marriage rights, which conservative Justice Clarence Thomas mused was possible when the court in June ended the national right to abortion by overturning Roe vs. Wade.