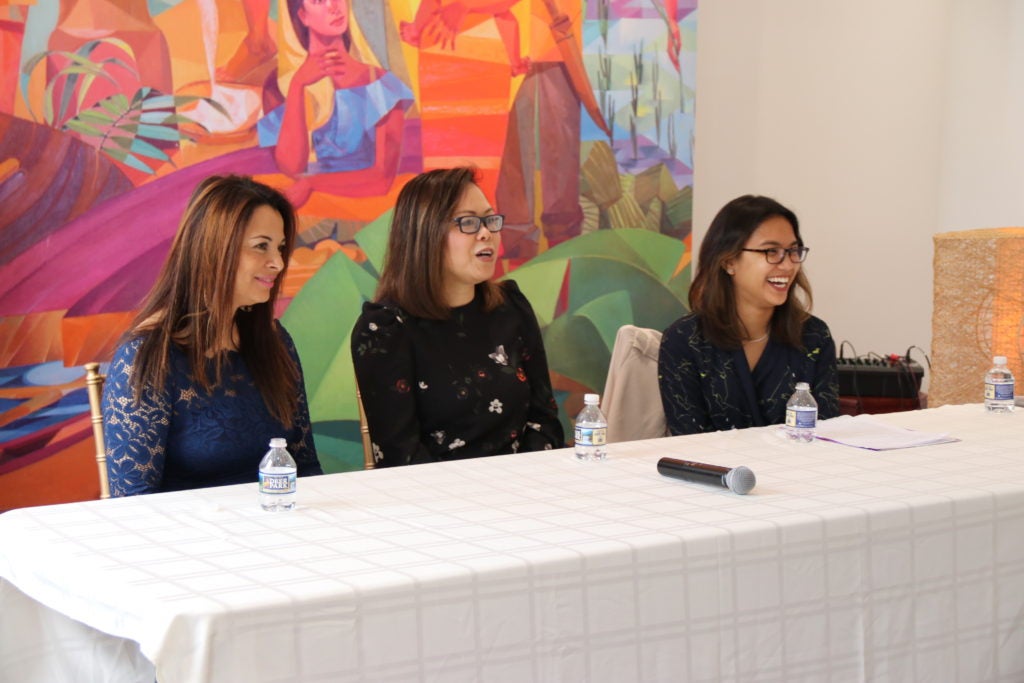 WASHINGTON, D.C. – A tableside conversation with women Southeast Asian chefs and restaurateurs took place on April 17 at the Philippine Embassy’s Chancery Annex Building as part of the 2018 programming of the ASEAN Women’s Circle-Washington DC (AWC-DC).

Co-hosting were the Embassy and the National Association of Asian American Professionals (NAAAP-DC). 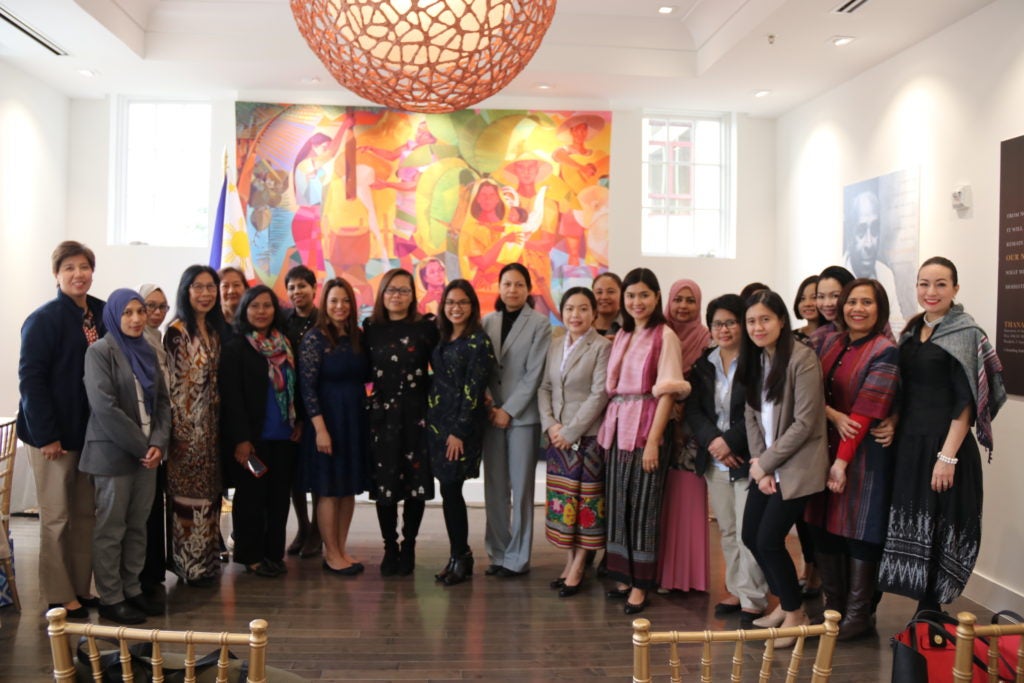 Guest speakers, and members of NAAAP-DC and AWC-DC pose for a group photo after the tableside conversation, “Bringing Food to the Table,” held on 17 April 2018 at the Chancery Annex Building. CONTRIBUTED

Asked about how they started in the restaurant business, Chef Patrice and Chef Seng both said that they did not begin cooking professionally until they were in their 40s. However, they had always held a passion for cooking, nurtured by their mothers’ influence, that eventually drove them to put up restaurants dedicated to their native cuisines.

The guest speakers shared how being representatives of their cultures is both an honor and a responsibility.

“You feel this anxiety because you want to do it well,” said Chef Patrice with regard to Purple Patch’s being the first Filipino restaurant in Washington, D.C.

“I don’t consider myself a pioneer. It’s about passing the torch,” she further said. 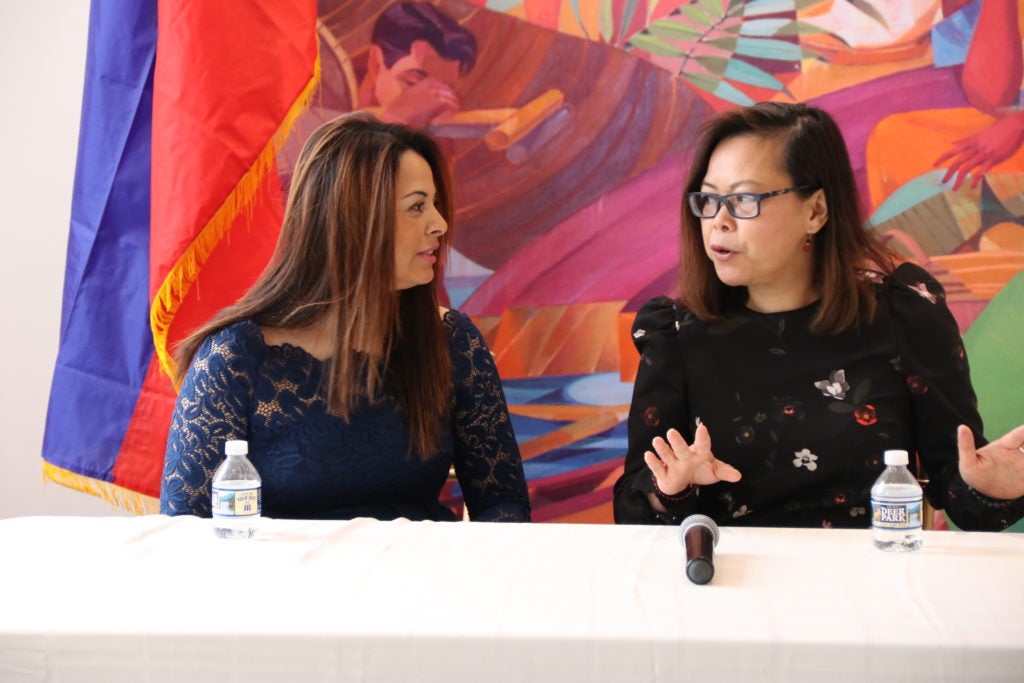 As the founder of the first Lao restaurant in the US capital, Chef Seng, a former refugee, is a recognized leader of the Lao food movement.

“Be proud of who you are and where you come from,” she emphasized as she talked about her goal of inspiring others within the Asian American Pacific Islander (AAPI) communities.

Chef Seng and Chef Patrice offered a simple advice on how the AAPI community can help elevate the profile of Asian cuisines, “Add value to yourself and to what the chefs and restaurateurs do.” By being proud of our identity, culture and heritage, we attach a value to our cuisines that would place them on a par with the other gastronomies in the world. 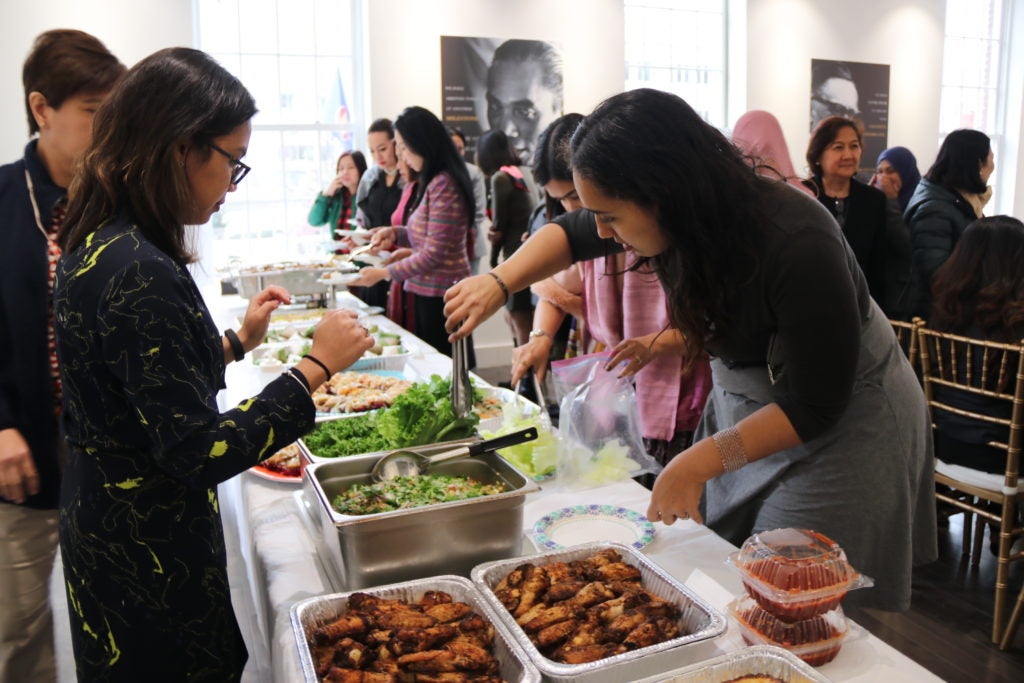 Members of AWC-DC and NAAAP-DC share in a sumptuous lunch of Southeast Asian dishes after the tableside conversation. CONTRIBUTED

Lunch followed the conversation, with dishes contributed by Chef Patrice and Chef Seng, as well as the AWC-DC members.

The AWC-DC is an organization of Southeast Asian women associated with the ASEAN Embassies and communities in Metropolitan DC. Its mission is to help develop an ASEAN identity among its members, promote greater awareness of Southeast Asian cultures, and aid in building the ASEAN Community through socio-cultural activities. Under the 2018 Presidency of Malaysia, the focus of the organization is Women Empowerment.

The National Association of Asian American Professionals, Washington, DC Chapter (NAAAP-DC) is a non-profit, all-volunteer organization whose mission is to promote and support the professional advancement and personal development of its members.