Teacher suspended for making breakfast for students during test day 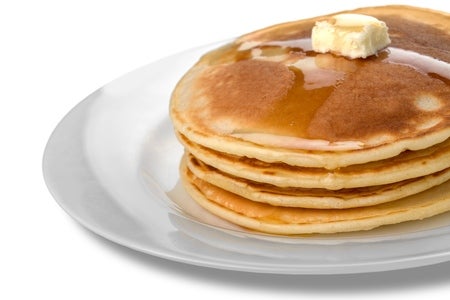 No good deed goes unpunished, at least for this teacher who made his students breakfast.

Lancaster Online reports that Kyle Byler, an eighth-grade instructor at Pennsylvania’s Edward Hand Middle School, whipped up whole-grain pancakes for a class that he supervised for a state test. He even brought an electric griddle to the school to make them hot and fresh.

But when Principal Marian Grill entered the classroom, she questioned his actions during his proctoring of the Pennsylvania System of School Assessment.  By April 10, he was suspended without pay.

Byler, 38, told the news outlet that within 24 hours, he was told in a meeting with administrators that he could be terminated for distracting students during the test.

The School District of Lancaster (SDL) assured there was no vote on Byler’s termination and that he was “scheduled to return to work.”

Byler said, “I don’t understand what I did wrong, to be honest with you…At no point was it any distraction for any of the students. They worked their butts off.”

Although no rule exists on food being served during the standardized exam, Pennsylvania Department of Education spokesperson Nicole Reigelman stated that the concern was that the proctor’s monitoring of the test could be affected.

SDL spokesperson Kelly Burkholder mentioned that teachers are trained on testing protocol and that free breakfast and lunch are available to students.

Ninety-five percent of the school’s population comes from low-income households. Jason Molloy, Lancaster Education Association president, had argued that the students come to school hungry and being fed could help them through the test.

In the wake of news that he could be fired, students and parents rallied behind the teacher, who is considered an “eighth-grade dad.”

Alizea Rodriguez, 14, one of the students in Byler’s class, said their principal was the distraction rather than the pancakes.