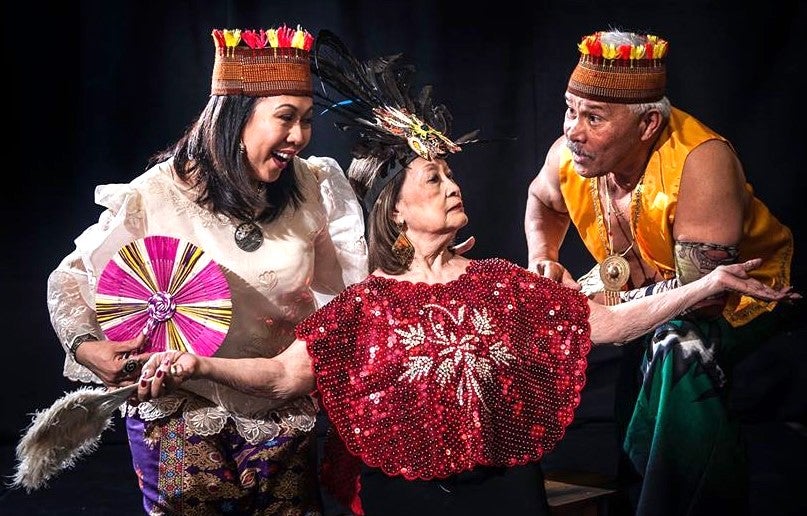 MINNEAPOLIS, Minnesota —  Theatergoers will get a multilingual history lesson in how the Philippines was colonized by Spain in Marlina Gonzalez’s play “Isla Tuliro.”

That’s Tagalog for “Island of Confusion.” And though English supertitles will be projected to guide the audience along the play’s deliberate switching around of Tagalog, English, and Spanish, one of Gonzalez’s goals is to confuse the audience—at least in some parts of the story.

The aim of the confusion, in this case, is to amplify the audience’s curiosity and to serve as a prompt for them to ask questions, even after the show is done. 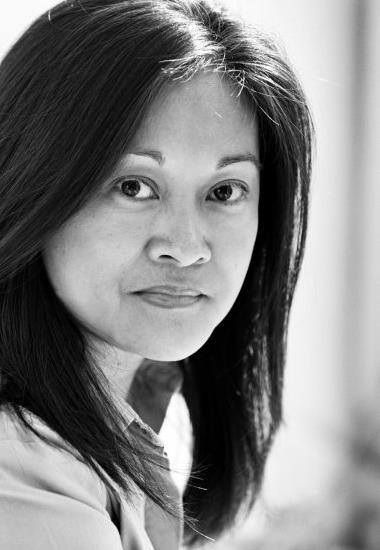 Marlina Gonzalez is the playwright of “Isla Tuliro.” CONTRIBUTED

“Though most Filipinos and Filipino Americans know that Latin American countries were colonized by Spain, hardly anyone from those communities know about our history with Spain.”

In the play, the idyllic life of the Kayumanggis, brown-skinned islanders who live by Dagat Payapa (Ocean of Peace) is disrupted by the sudden arrival of creatures from the ocean and sky. The creatures speak strange languages and claim the islands as their own, making up rules on how the islanders should live.

Gonzalez had worked with both groups before and had broached her ideas on how to help bring together the Asian American and Latin American communities in their area. 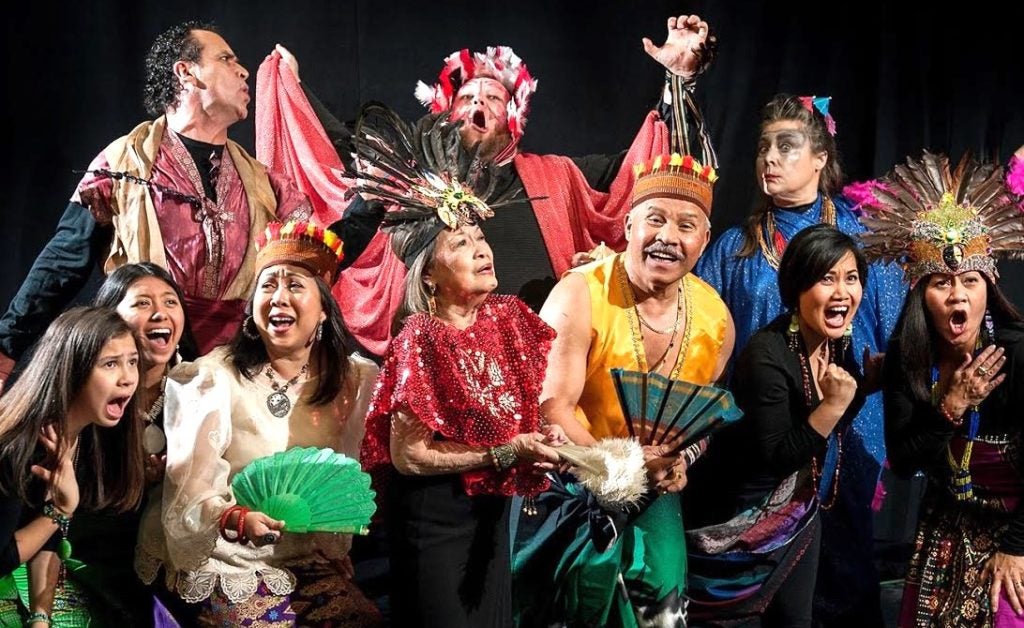 A few years ago, both theater groups received a grant from the Joyce Foundation that enabled Gonzalez and two other writers to develop works for the stage.

That’s when she began committing “Isla Tuliro” to the page.

Gonzalez is known in Minneapolis as a producer of international film festivals, multidisciplinary art exhibits and performances for Walker Art Center.

She was previously based in New York and had been a festival director of the Asian American International Film Festival there.

“Isla Tuliro” is a result of all the different influences and theater ideologies she has learned.

Before she moved to the US in 1980, Gonzalez had been involved with theater company Philippine Educational Theater Association (Peta) as well as student theater groups at University of the Philippines during the martial law years in the ‘70s.

“I was involved in improvisational theater, street theater and agitprop theater. We used theater to address social justice issues,” she says.

“That was when I learned that you could use theater and adapt stories to represent sociopolitical viewpoints. During those times, there was a lot of censorship. Artists got away with strong messages by camouflaging stories as mythology and fantasy.”

In “Isla Tuliro,” she uses mythology to address history—or the lack of awareness of it.

“A play like this is almost like an editorial cartoon, where it pokes holes in facts and figures so that people start to think about what the realities are,” she says.

“Our stories are not always represented in history books, especially those published by western authors.

“I hope that after audiences watch the show, they will think about how history, as we know it or as it was taught to us in school, is not always the complete history.”

She hopes the play will inspire theatergoers to go out and do their own research of “the different cultures and peoples here in the US.”

The production itself has proven enlightening to its cast.

Sixteen-year-old Atquetzali Quiroz is of indigenous Mexica Nahua and Filipino heritage. “I grew up learning the ancestral teachings of the Mexica people but never knew too much of my Filipino heritage,” she says.

The little exposure she had to Filipino culture was through hearing Tagalog being spoken by her mother, aunt and grandmother. “My mom would sing ‘Bahay Kubo’ to me all the time before bed.” 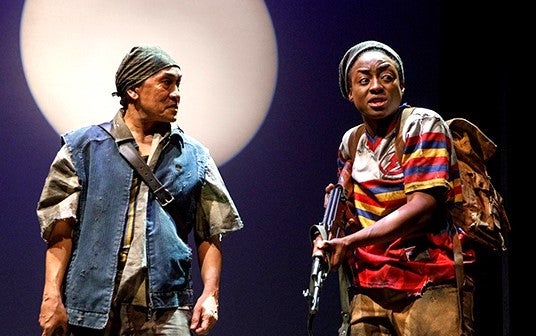 Jojo Gonzalez (left) is in the cast of The Public Theater’s staging of “Mlima’s Tale.” JOAN MARCUS

“Being in ‘Isla Tuliro’ reminded me of those moments, and I feel more in touch with my Filipino side after hearing the language and the songs from the Philippines.

“Being in Isla Tuliro made me feel like I was home and whole.”

Jojo plays five different characters in this play about Mlima, an elephant trapped in the international ivory market. His recent acting credits include “Small Mouth Sounds” for Ars Nova and “House Rules” for Ma-Yi Theater.