Fil-Am leading ladies in ‘Wicked’ and ‘Little Shop of Horrors’

Fil-Am leading ladies in ‘Wicked’ and ‘Little Shop of Horrors’ 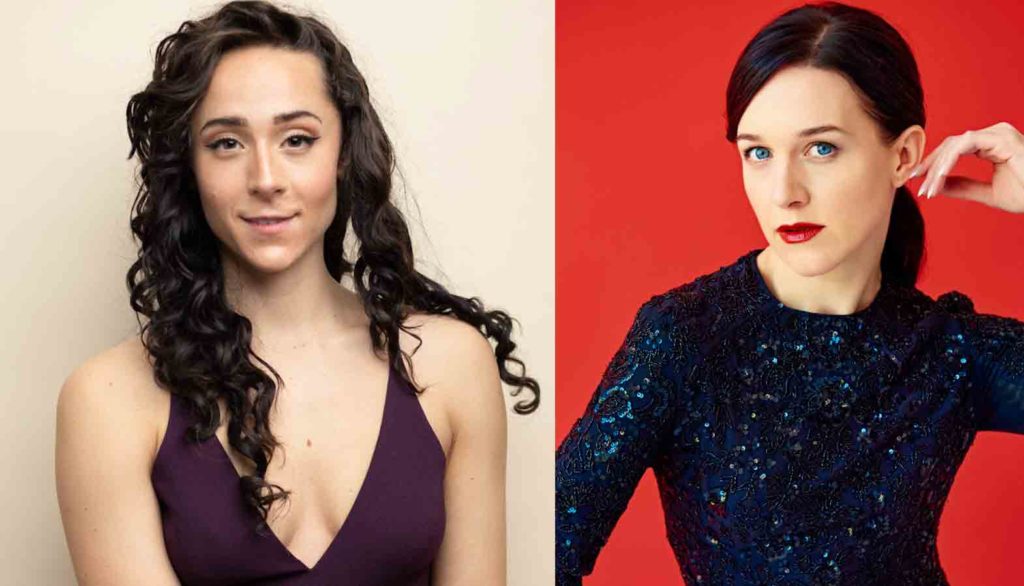 CHICAGO — “Good news!” as the opening song of a certain musical announces, audiences can currently see Filipino Americans light up the stage as the lead characters in two popular musicals.

DeGuzman stepped into the role in March. (Maria Eberline was the first Fil-Am to play Elphaba when she was an understudy in the show’s first national tour.  Nicola Espallardo is the first Filipino British to have performed as Elphaba in the West End production this past July. The role was originated by Idina Menzel [voice of Elsa in “Disney’s Frozen”].

“Wicked” is a reimagined prequel to “The Wizard of Oz.” DeGuzman plays a young Elphaba, who will eventually become the Wicked Witch of the West. The musical shows her days a university student and her unlikely friendship with another student named Galinda.

DeGuzman, whose father is Filipino, was born in Wisconsin. Her brother Mathew is currently in the Broadway production of “Disney’s Aladdin.”

DeGuzman’s previous credits include Princess Jasmine in the touring production of “Disney’s Aladdin,” “West Side Story” and “Fiddler on the Roof,” among others.

The musical has music and lyrics by Stephen Schwartz and a book by Winnie Holzman and is based on the novel Wicked: The Life and Times of the Wicked Witch of the West by Gregory Maguire.

Currently running in Chicago at the James M. Nederlander Theatre until Dec. 4, show’s next leg is Washington, DC at the John F. Kennedy Center beginning Dec. 8, 2022.

“Wicked” is also still running on Broadway and has a London production. Since opening on Broadway in 2003, “Wicked” has been performed in over 100 cities in 16 countries. As it approaches its 20th year on Broadway, a movie adaptation is in the works with Ariana Grande and Cynthia Erivo in the cast and Jon M. Chu (“Crazy Rich Asians”) set to direct.

In “Little Shop of Horrors,” Lena Hall plays Audrey, a down-on-her-luck florist who partners with her coworker Seymour as he discovers and battles a mysterious and voracious talking plant.

Celina “Lena Hall” Carvajal won the 2014 Best Featured Actress in a Musical for her work in “Hedwig and the Angry Inch.” Hall is a San Francisco native and her father, folk and ballet dancer and choreographer Carlos Carvajal, is Filipino American.

Her other Broadway credits include “Kinky Boots,” “Tarzan,” and “Cats,” among others.

Fil-Am stage and screen star Conrad Ricamora (“The King and I” and ABC’s “How to Get Away with Murder”) completed a stint as Seymour in the same show earlier this year.

Fil-Am Jon Hoche is part of the show as a cover, filling in for actors who are on vacation, and as a puppeteer. Hoche previously played the voice of King Kong in “King Kong” on Broadway and was part of the US touring production of “War Horse.”

“Little Shop of Horrors” has book and lyrics by Howard Ashman (“Disney’s The Little Mermaid” and “Disney’s Beauty and the Beast”) and music by Alan Menken (“Disney’s Aladdin” and “Newsies”).

Other Fil-Am Tony Award winners include Lea Salonga, 1991 Best Actress in a Musical for “Miss Saigon;” composer Robert Lopez, 2004 Best Score for “Avenue Q” and 2011 Best Book and Best Score for “Book of Mormon;” and set and costume designer Clint Ramos, 2016 Best Costume Design of a Play for “Eclipsed.”

Filipino American theater artists who have won Tony and Obie Awards are included in the book Barangay to Broadway: Filipino American Theater History, available at online bookselling sites such as Amazon and Bookshop.