Filipina activists to speak on organizing against dictatorship 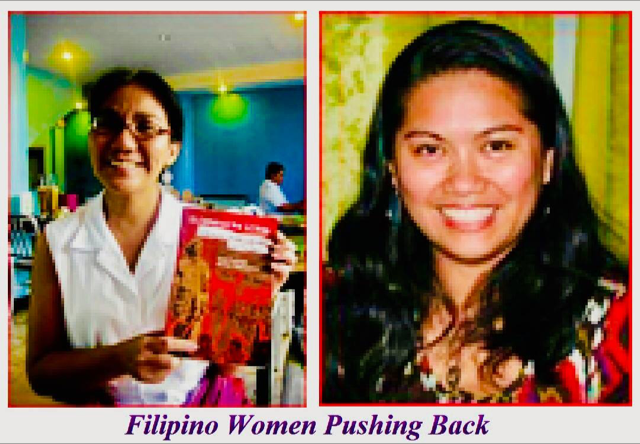 “About 20,000 dead, among them children, under Duterte’s “War on Drugs,” the Chief Justice of the Supreme Court, human rights groups and the media are under attack for criticizing the Executive Branch; paid trolls and hacks quell online opposition; and other signs of increasing totalitarianism. Beyond the headlines, what can people of conscience do to resist and break the fear, silence and isolation of Filipinos who want a democratic and just Philippines?”- FAHRA

Susan F. Quimpo, co-author and co-editor of Subversive Lives: A Family Memoir of the Marcos Years, witnessed the turbulent years of the dictatorship (1972-1986) in the Philippines. She watched her brothers and a sister as they were drawn into the anti-dictatorship movement, eventually finding themselves pursued by the Marcos police and military Today, Susan finds herself drawn to activism anew as the Marcos heirs seek to regain political power, and the incumbent government systematically impairs democratic institutions.

Aimee Santos-Lyons is a longtime organizer in various communities and movements, fighting for racial, gender and economic justice. Born days before Martial Law was declared, she was part of the youth movement that worked to evict the US military bases from the Philippines. In the US, she worked side by side with immigrant, indigenous, LGBTQ, women of color, youth of color communities and movements towards collective liberation. She received a Master’s in Public Health from Columbia University and is a proud (and exhausted) mother of three.

All programs at the Library are free. This is a Politics and Current Affairs program. The views and opinions expressed in programs presented by groups unaffiliated with SFPL do not necessarily reflect the official policy or position of SFPL or the City.  Main Library, 100 Larkin Street (at Grove), (415) 557-4400   sfpl.org