U.S. private payrolls increased more than expected in October, offering more evidence of labor market resilience and suggesting that the Federal Reserve could continue aggressively raising interest rates for a while.

The pick-up in private hiring shown in the ADP National Employment report on Wednesday was concentrated in the services sector, specifically the leisure and hospitality industry. But rapidly rising borrowing costs appeared to weigh on hiring in the goods-producing sector, with factories shedding jobs. The report followed on the heels of government data on Tuesday showing an unexpected jump in job openings in September.

“A tight labor market and rising wages will complicate things for the Fed, and the risk is the labor market could remain tight for quite some time,” said Jeffrey Roach, chief economist at LPL Financial in Charlotte, North Carolina. Private employment increased by 239,000 jobs last month. Data for September was revised to show 192,000 jobs created instead of 208,000, as previously reported. Economists polled by Reuters had forecast an increase of 195,000 private jobs.

The services sector added 247,000 jobs, with the leisure and hospitality industry accounting for 210,000 positions. Payrolls in the trade, transportation, and utilities industry increased by 84,000 jobs. 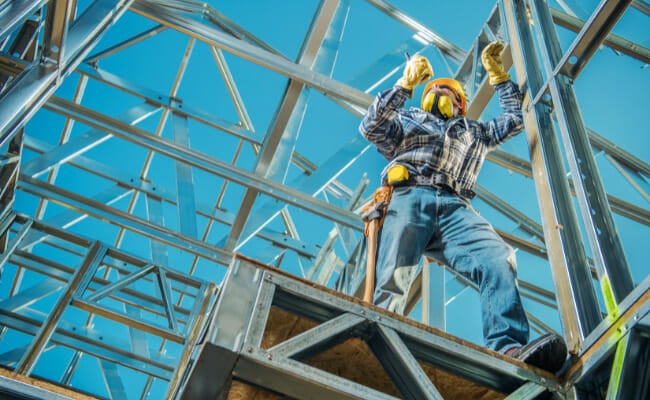 The ADP report, jointly developed with the Stanford Digital Economy Lab, was published ahead of the Labor Department’s Bureau of Labor Statistics more comprehensive and closely watched employment report for October on Friday. Following recent changes, the jury is still unsure whether it offers a reliable signal on the BLS data.

“The figures from recent months have not given us the sense that the ADP report will prove to be a reliable signal about the BLS data in real-time,” said Daniel Silver, an economist at JPMorgan in New York. “Keeping all of that in mind, the October ADP report looks fairly consistent with expectations for Friday’s BLS report, with its headline pointing to October being another strong month for job growth.”

According to a Reuters survey of economists, private payrolls likely rose by 200,000 jobs last month after rising by 288,000 in September. With no job gains expected in the government sector, overall nonfarm payrolls are also forecast to have increased by 200,000. The economy created 263,000 jobs in September.

Though the Fed’s stiff rate hikes are cooling demand, employers continue to seek workers. There were 10.7 million job openings at the end of September, with roughly 1.9 openings for every unemployed person.

The U.S. central bank is expected to deliver fourth three-quarters of a percentage point interest rate hike on Wednesday as it fights to bring inflation down to its 2% target. The Fed has raised its benchmark overnight interest rate from near zero in March to the current range of 3.00% to 3.25%, the swiftest pace of policy tightening in a generation or more.

“We expect job growth to remain positive for now,” said Rubella Farooqi, chief U.S. economist at High-Frequency Economics in White Plains, New York. “But the pace is expected to slow in response to Fed rates hikes.”