Hate crimes in US vastly under-reported 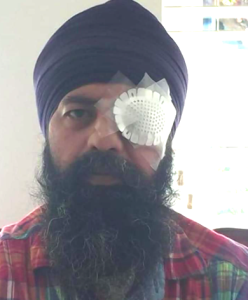 SAN FRANCISCO – Hate crimes against immigrant communities, which have seen a spike in the past two years, are vastly under-reported by victims and local law enforcement, concluded a group of panelists Jan. 18 at a briefing here organized by New America Media.

In 2015, the last year for which data was available, the FBI Uniform Crime Report released Nov. 14, 2016 noted a 67 percent increase in hate crimes against Muslim Americans. A total of 257 anti-Muslim hate crimes were reported that year, up from 154 the previous year.

The FBI reported 5,850 hate crimes in 2015. More than 1,400 were anti-religion crimes. While the vast majority was motivated by anti-Jewish bias – 52 percent – more than one-fifth of all religious hate crimes were anti-Muslim.

This was the first year the FBI tracked hate crimes against Hindus and Sikhs. Less than one percent of hate crimes were committed against these two religious groups.

But Brian Levin, a former New York Police Department officer who now serves as a criminal justice professor at CSU San Bernardino where he is also the director of the Center for the Study of Hate & Extremism, said during the NAM briefing that FBI statistics are flawed, as they rely on voluntary data from local and state law enforcement agencies, who may choose not to participate.

Mississippi, for example, has one of the highest concentrations of African American residents in the nation, yet reported no hate crimes for 2015. African Americans were the victims that year of more than half of race-motivated hate crimes nationwide.

Many victims – especially immigrants – will not report hate crimes because of cultural and linguistic barriers and a mistrust of law enforcement, said Levin. Police have trouble identifying and reporting hate crimes, he added.

In 2015 India-West reported six instances of hate-motivated violence against Sikhs in California, and two cases of hate-related vandalism in Sikh gurdwaras. However, the California Attorney General’s office, headed at the time by Kamala Harris who is now a U.S. senator, reported zero incidents of anti-Sikh hate violence for that year. The state reported 40 anti-Muslim hate-related incidents in 2015, with 51 victims.

Phyllis Gerstenfeld, a professor of criminal justice at CSU Stanislaus, and the author of “Hate Crimes: Causes Controls and Controversies,” noted during the panel discussion that there are many variations of what constitutes a hate crime, which is largely determined by state law.

A hate crime enhancement can add several years to a sentence, or make a misdemeanor crime a felony with jail time, noted the panelists.
Rarely prosecuted 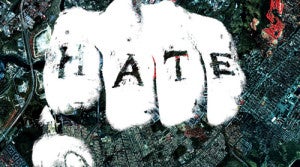 In California, hate has to be part of the motive for the violence, Gerstenfeld told India-West during the briefing. In cases in which hate-related violence occurs during a robbery of a grocery store or a taxi, as is prevalent in the Indian American community, it is very difficult to prove that hate was the motivator, said the professor, adding: “Prosecutors rarely charge those cases as hate crimes.”

Moreover, hate speech is protected by the First Amendment and cannot be criminalized, stated Gerstenfeld. Someone yelling a racial slur cannot be prosecuted unless there is an underlying threat involved, she clarified.
Very few hate crime perpetrators belong to established white supremacist organizations, said Gerstenfeld, who has studied hate-motivated violence for 25 years. About 95 percent of the attacks are committed by young men with no organization affiliation, she said.

Membership in white supremacist groups ebb and flow and tend to be highest when people feel they have lost their power. Catalytic events and statements by political leaders can lead to a spike in hate crimes, said Levin.

At least 701 hate crimes, including 206 anti-immigrant incidents, occurred across the country in the week since the presidential election, reported the Southern Poverty Law Center, in data released Nov. 18, 2016.

A.C. Thompson, a reporter with ProPublica, said the news organization has established a national database for reporting hate crimes. The project, called “Documenting Hate,” allows victims to upload information about a hate crime. ProPublica reporters will cull the information and release it to reporters and civil rights organizations, said Thompson.

MORE STORIES
Seniors ask if it’s safe to see their doctors in time of Covid
Everything You Need to Know to be a Successful Inventor
What awaits my beautiful, biracial ‘apos’?
Don't miss out on the latest news and information.