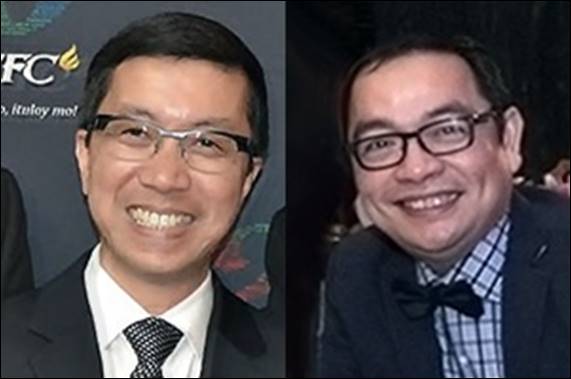 Del Rosario succeeds Olivia De Jesus who took over the reins of ABS-CBN Global as the new Chief Operating Officer this year.

As the new managing director of ABS-CBN’s North and Latin America operations, Del Rosario will be directly responsible for leading strategy execution, business operations, and profitability for the region.

He will also lead the development of growth, expansion, and market penetration strategies as well as exploring business development opportunities in untapped or underserved markets across the entire region.

Del Rosario is bringing into his new post 25 years of experience in the media industry.  Starting as an entrepreneur who built his own cable company in the Philippines, Del Rosario moved to holding senior management positions in the ABS-CBN Group of Companies in the Philippines, including a stint in SKYcable, and served on the board of the local cable TV trade association.  When he immigrated to the U.S., Del Rosario became part of a start-up Video On Demand venture in Silicon Valley.

Del Rosario rejoined ABS-CBN as product manager for cable in North America in 2004 and successively held positions of increasing responsibility.  He became North America Regional Head of Marketing, then concurrent Global Head of Carriage and Canada Country Manager.  As head of the Global Carriage Business, he significantly expanded the cable and satellite footprint of ABS-CBN Global’s core channels, with The Filipino Channel (TFC) as the flagship offering, turning these platforms into primary revenue drivers for the company.  He also spearheaded the development and launch of additional services such as the SVOD service Filipino On Demand and Cable TVOD, as well as the distribution of Myx TV and Lifestyle Network channels.

Del Rosario earned his BS in Business Management from Ateneo De Manila University in the Philippines and his executive education from the Asian Institute of Management.

Abog joined ABS-CBN Global in 2007 as General Manager of E-Money Plus, Inc.  Prior to joining ABS-CBN Global, Abog held senior executive positions in the remittance businesses of Rizal Commercial Banking Corporation, Asiatrust Development Bank, Metropolitan Bank and Trust Co., and Solidbank Corp.  Prior to his banking career, Abog was into research and communication as managing editor of IBON Databank Phils. and information section chief of the Philippine National Nutrition Council.

Abog earned his BS in Applied Economics and MBA from De La Salle University in the Philippines.

LATEST
Everything You Need to Know to be a Successful Inventor
Call for entries to the 2020 Plaridel Journalism Awards
Ways to Champion Diversity and Inclusion in the Workplace
Fil-Am entrepreneurs find ways to ride out Covid downturn
Who would be the first to get a COVID-19 vaccine?
Dennis Agalli Showcases New York City’s Best Pizza and Coffee
MOST READ
usa VP Leni, gayahin ninyo kasi si Duterte (satire)
usa Desperate, troubled Trump sounds his own alarm
usa PH-born trans actress gets Emmy nod
usa Fil-Ams should aim for feds’ business paycheck pandemic relief
usa Young Fil-Am stars in new Disney Channel show
usa Can you get the coronavirus from secondhand smoke?
usa What seniors can expect in post-Covid vaccine world