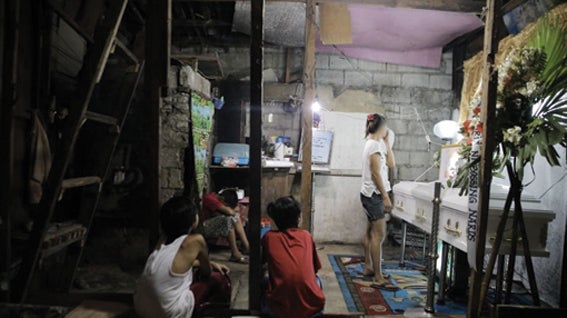 CHICAGO — The screening of a short documentary by Patricia “Pat” Nabong and a photo presentation by Bro. Jun Santiago about the trauma inflicted by the violent war on drugs in the Philippines will be held on Sat., April 14 from 2:00– 3:30 p.m. at the McDonald’s on 3154 W. Foster Ave. (cor. Kedzie Ave.), Chicago.

A preview of the documentary was held on Friday, March 30 at the Philippine American Ecumenical Church (PAEC), 3533 N. Albany in Chicago right after the Seven Last Words Services.

The Filipino American Human Rights Alliance (FAHRA-Chicago), Pilipino United for Progress (UniPro), and the Filipino American Grand Parents Association of Chicago (FAGPAC), will host a discussion on Philippine President Duterte’s war on drugs and the toll it has taken on surviving families of slain drug suspects.

Pat Nabong’s documentary was funded by the Pulitzer Center on Crisis Reporting. Nabong is a freelance visual journalist based in Chicago. She earned her master’s degree in journalism from Northwestern University’s Medill School of Journalism.

Bro. Jun Santiago, a Redemptorist who has been relentlessly covering the war on drugs since 2016, will present his photos.