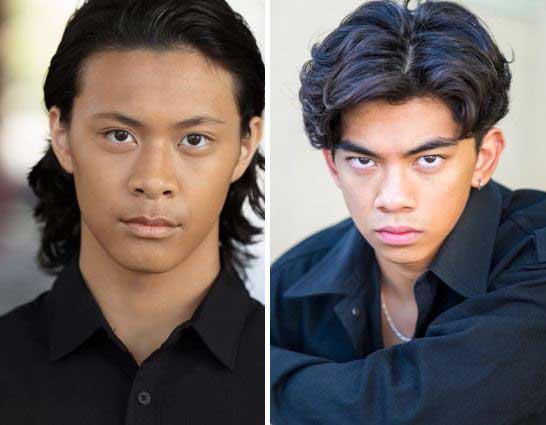 Kieran Tamondong, 20, and Brayden Maniago, 19, portray the Laotian brothers who became victims of the sadistic serial killer from Milwaukee, who committed murders from 1978 to 1991.

The portrayals of Tamondong as Konerak Sinthasomphone and Maniago as Somsack Sinthasomphone have been attracting good reviews. Some are predicting “Monster” will be the duo’s breakout film.

Let’s get to know the two fast-rising stars.

Los Angeles-born Kieran Tamondong is skilled in martial arts. He started learning Karate when he was just 5 years old. He is known to represent the U.S. team in international karate tournaments.

Because of his agility and quick-on-the-draw swiftness, he won roles in action films like “Warrior” (2019) and “The Paper Tigers” (2020), a comedy about three aging Kung Fu masters. In an interview, he said, “I felt like this is the one sport (martial arts) that I wanted to do.”

One of his favorite foods is chicken adobo.

He portrayed Konerak Sinthasomphone, the then 14-year-old Laotian boy who was one of 17 people killed by Dahmer. The film shows him naked and bleeding as he flees Dahmer’s apartment only to be sent back by two responding cops who believe it is nothing serious but a “domestic situation” between lovers. He died after Dahmer drilled a hole into his skull and filled it with hydrochloric acid.

Patrick Tamondong, his dad and biggest fan, said the movie was “tough to watch” but he is proud of his son for doing a great job telling Konerak Sinthasomphone’s story.

“I’m also heartbroken for Konerak and his family. He was just 14 years old! Calling the cops couldn’t save him. Everyone failed him,” writes Patrick on Facebook.

Konerak’s younger brother, Somsack Sinthasomphone, played by Brayden Maniago, managed to escape. He survived and is said to be living quietly as a family man, but suffered severe sexual assault. The brothers are said to come from an impoverished immigrant Laotian family and tried their best to help the family any way they could. Dahmer approached them, like many others, with offers of cash in exchange for photo sessions.

Maniago, 19, is an up-and-coming actor and a model. He attended the California School of the Arts San Gabriel Valley. He trained in Intentional Acting under Loren Chadima and went to the Caryn West’s Space for Actors. Like Tamondong he has Martial Arts skills, having studied Muay Thai, Taekwondo, and Eskrima. His resume states that he dances hip hop, plays the ukulele, and skateboards. He has appeared in reality TV shows, such as the “Try Not to Eat Challenge – Odd Food Pairings in People vs. Food,”

The “Monster” series is said to be the most popular show on Netflix but reviews tilt toward director Ryan Murphy seeming to romanticize the notorious serial killer. @TheFilam