The Resurrected Christ can redeem atheists and clergy in crisis 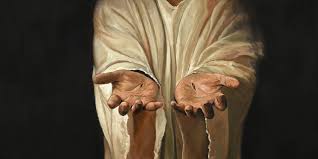 The supreme and nonpareil power of the Resurrection of the Crucified Christ is experienced in what is known as universal redemption. Jesus died for all without exception!

What about our few damaged clergy and seraphic singles in crisis? Will they be redeemed? Yes, a resounding yes; God wants His erring priests and consecrated persons to be saved.

In a special way, God’s mercy is directed towards the most scandalous sons of Eve, for His compassion is as deep as the Samarian well, his arms as wide as the giant doors of St. Peter’s Basilica. God does not get tired of forgiving, like what Pope Francis has said: “It is we who get tired of asking for forgiveness” (Angelus message, March 17, 2013).

What about the non-Catholics? Another resounding yes! Our loving Father wants all to be saved. God’s salvific hankering coincides with the universal redemptive act of Jesus Christ. Stooping down to personally assume our created human nature, God didn’t hang anybody out to dry but opened his big arms to hug everyone. And tightly! (cf. Basil the Great, Long Rules, Ascetical Works for Monks. Vol. 9, 237-239).

What about those who think God doesn’t exist? Yes, they too will be saved. The Gospel always bears the same good news, and the good news is that our beloved Savior willingly and lovingly died for all, otherwise known in theology as the universal redemptive will of Christ.

Even the atheists. Everyone!

Immediately after the Argentinian cardinal was elected Vicar of Christ, atheists, doubters, and skeptics were rejoicing as they welcomed Pope Francis’ announcement:

The Lord has redeemed all of us, all of us, with the Blood of Christ: All of us, not just Catholics. Everyone! Even the atheists. Everyone! (The Guardian, 22 May 2013).

In fact, his personal letter to the founder of La Repubblica newspaper, Dr. Eugenio Scalfari, a non-Catholic, started to ruffle some feathers. In that letter, the first Jesuit pontiff explained that non-believers would be forgiven by God if they cooperate with grace:

You ask me if the God of the Christians forgives those who don’t believe and who don’t seek the faith. I start by saying… God’s mercy has no limits if you go to him with a sincere and contrite heart (Letter to Dr. Eugenio Scalfari, 2013).

Imagine a court full of madmen thirsting for someone to be hanged, and the judge in black robe bangs his gavel and issues a verdict of acquittal to everyone’s surprise. That’s the picture perfect of being justified. It’s a metaphor derived from a judicial or court proceeding (cf. Hans Kung. Justification, 1964).

Even if guilty, that someone is acquitted, justified, and bailed out, and that’s how “justification” works.

JUSTIFICATION is the application of the merits of Christ’s UNIVERSAL REDEMPTION to a guilty individual, in which our dear Savior acts as the honorable Judge in black robe issuing a verdict of acquittal.

Here’s the hint, the accused can be justified only when he gives his personal consent. To be justified, the sinner must say: “Yes, Jesus, you can heal my wounds.”

In Pope Francis’ letter to Scalfari, human cooperation is expressed in these words, “if you go to Him with a sincere and contrite heart.” That is what I call “man’s dancing shoes in God’s dancing feet,” the sinner’s personal consent to God’s universal offer of redemption.

With this, every sinner is redeemable. Every hopeless is hopeful! Thanks to the power of the Resurrected Christ.