DC panel to honor Filipinos who served in the U.S. Navy since 1901

DC panel to honor Filipinos who served in the U.S. Navy since 1901 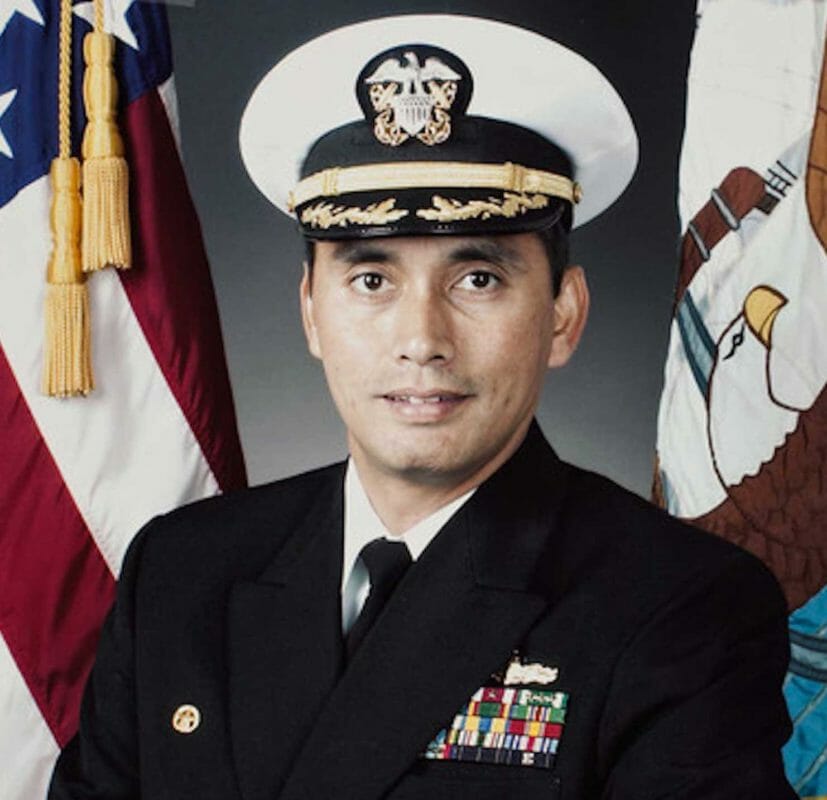 Rear Admiral USN (Ret) Victorino G. Mercado, chairman of the board of the USS Telesforo Trinidad Campaign, will deliver remarks at the panel “Filipinos in the Navy – From Stewards to Flag Officers,” on Oct. 19 at the Navy Museum in Washington, D.C.  USN

To mark Filipino American History Month a panel discussion, “Filipinos in the Navy – From Stewards to Flag Officers,” on the generations of Filipinos who served in the U.S. Navy since 1901, will be held at 12 noon on Oct. 19, at the Navy Museum in Washington, D.C.

The panel is being hosted the National Museum of the Navy and the Naval History and Heritage Command (NHHC) in partnership with Bataan Legacy Historical Society.

One of the panelists, Capt. (Ret) Tem Bugarin, is the first Filipino to command a Navy warship (USS Saginaw). Philippine Ambassador Jose Romualdez will give opening remarks and Rear Admiral (Ret) Samuel Cox, Director of the NHHC, will moderate the discussion.

In attendance will be several active and retired Filipino American flag officers from the Navy and the Army.

Rear Admiral USN (Ret) Victorino G. Mercado, will deliver the closing remarks. RADM (Ret.) Mercado is now chairman of the board of the USS Telesforo Trinidad Campaign (USSTTC). He has begun working with executive committee of the campaign to form a new Board of Directors and to re-organize the campaign’s long -range mission.  ).

Mercado is a 35-year Navy veteran and a distinguished surface warfare officer who rose to become the first Filipino American to command an aircraft carrier strike group.  Following his naval career, he became the most senior ranking Filipino American in the Department of Defense as Assistant Secretary of Defense for Strategy, Plans and Capabilities.

The USS Telesforo Trinidad Campaign successfully lobbied for naming a Navy warship after Trinidad, the only Filipino sailor who received the Medal of Honor in the U.S. Navy for his heroic deeds on board the USS San Diego in 1915.

Secretary of the Navy Carlos Del Toro named a future Arleigh Burke-class missile guided destroyer (DDG-139) after Trinidad on May 19, 2022.The USSTTC works with the Navy, the Trinidad family and all partner organizations in coordinating ship-construction and commissioning-related activities.

View comments
TAGS: Filipinos in the US Navy