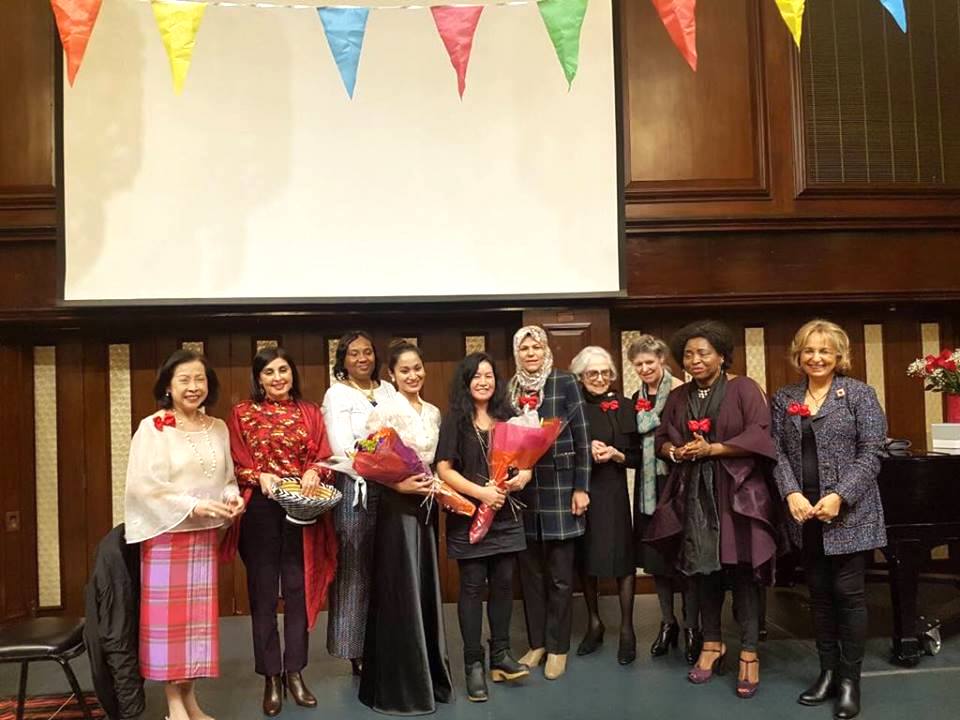 NEW YORK — A Nor’easter snowstorm struck this City on the first day of spring, but there was no stopping to the United Nations Delegations Womens’ Club for the monthly tea in a folkloric fiesta ambience.

Makati-based Louie Barcelon Locsin, a former contender for Congressional District 1 of Makati City, no stranger to hosting big receptions, this time welcomed all the first ladies of the United Nations Missions — spouses of the United Nations Ambassadors. She was just getting her feet wet as a member of the UNDWC Executive Committee.

It was a warm treat that melted the hearts of diplomatic ladies when soprano Tata Kay Habana belted out love songs, followed by a tribal weaving demonstration by Cynthia Alberto, and a sumptuous feast of Filipino delicacies, with endless toasts of hot cacao and mountain-grown coffee. Tapped for this occasion was Chester Medina, for the entrées, and Mountain Province for coffee and desserts. 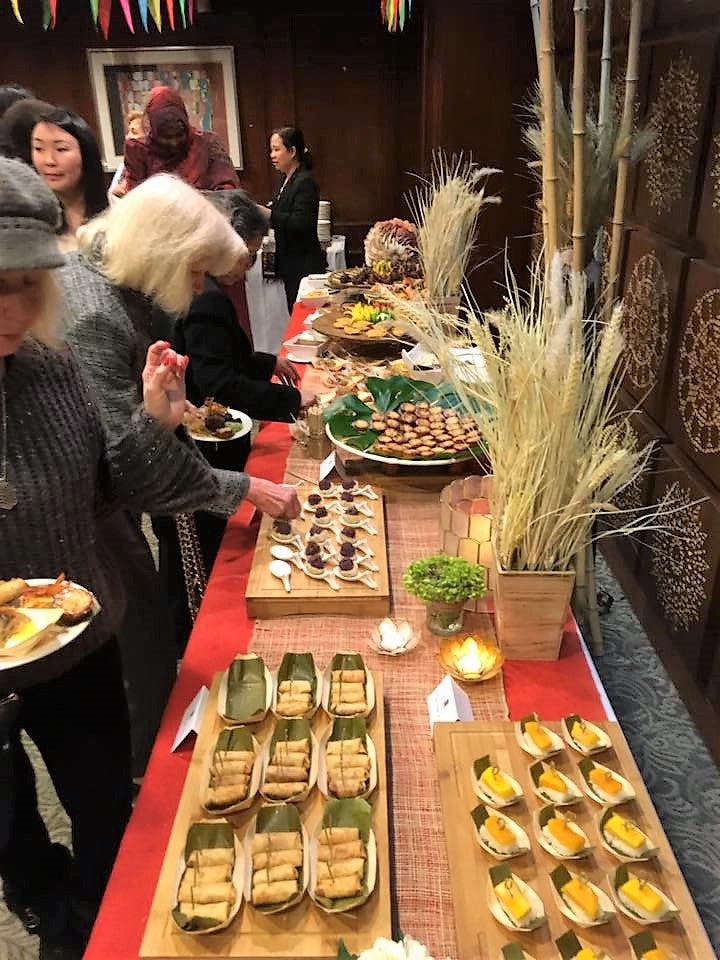 Kalayaan Hall was filled with UN first ladies and the only gentleman-spouse in the crowd, author Benoit Chatard (left). Culinary delights served by ESSEN’tial and Mountain Province (right). INQUIRER/Carol Tanjutco

There was much excitement when the UNDWC Executive Committee announced raffle prizes ranging from pearl jewelry sets to rare mother of pearl collections. Club president Therese Tommo Monthe emphasized that its mission is “to promote understanding and appreciation of culture and social issues, fostering friendship, and solidarity among diplomats and its (UN) members, showcasing different cultures, customs, traditional dances, documentary and colorful culinary.” 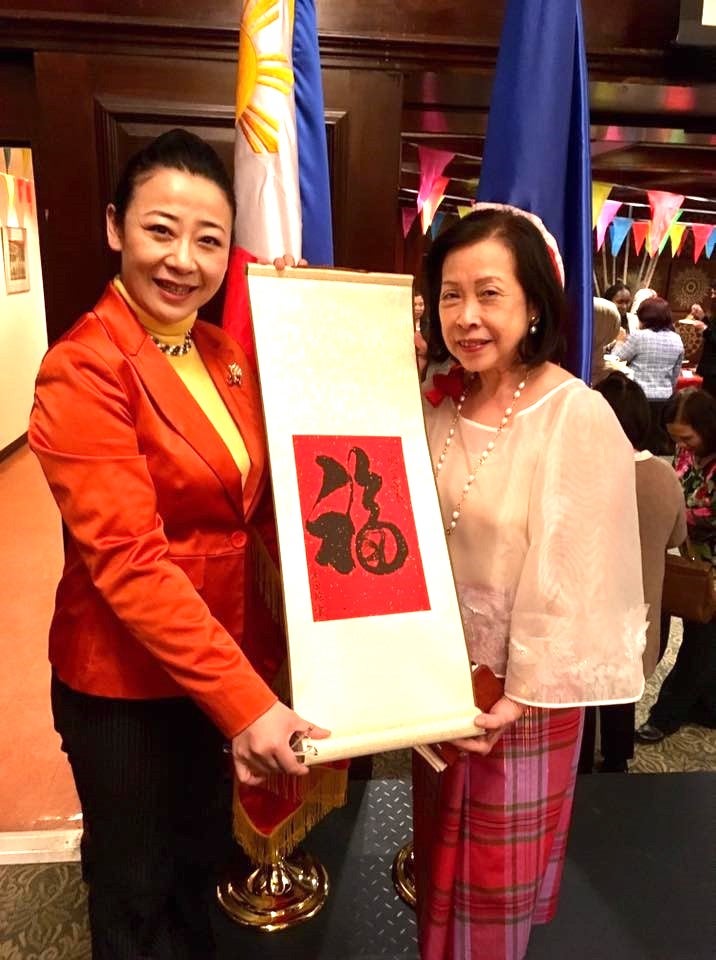 UNDWC membership fees and proceeds from raffle ticket sales will be donated to a children’s charity fund for kids all over the world. One lucky winner, Yiling Li, won twice, so she voluntarily gave back a most coveted mother of pearl jewelry box, having won a jewelry set, to the delight of the next winner. The eager crowd cheered louder when it was announced that there were 25 pearl bracelets secured under the seats of lucky ladies, a surprise finale and Filipino hospitality at its best.

Familiar faces from the United Nations were seen including Nassrin Iromloo Zahedi, from UNICEF; she and husband  endocrinologist joined the Ambassadors Tour in 2007 then organized by Tourism Director Emma Ruth Yulo Kitiyakara. During the flight to the Philippines, Mr. Zahedi revived an unconscious Filipino passenger on board who was suffering from diabetes. He was hailed as the hero of that tour group.

Looking forward, some members and spouses of the UNDWC will soon join next year’s Ambassadors Tour. This year, Philippine Department of Tourism Los Angeles is the lead planner, with visits slated for Cebu and Bohol. Last year, PDOT New York took the lead with Consul General Tess Dizon De Vega and Susan Del Mundo, bringing the group to Davao and a small group to Pampanga.