Left photo, one of Jose Aruego’s books; Aruego and his son; Giovanni Ortega will read from Juan and the Asuangs. CONTRIBUTED

The bookshop is located in the historic Arts District of San Pedro, the Port City of Los Angeles. The mini-Festival, the first of its kind to be held in the U.S., will honor author and illustrator Jose Aruego (1932-2012), who paved the way for Filipino American children’s book authors and illustrators in the U.S.

The success of his first self-illustrated book, The King and His Friends, published in 1969 by Charles Scribner’s Sons, launched his writing career and landed him illustration jobs. This was immediately followed by his first Filipino tale, Juan and the Asuangs, which received the Outstanding Picture Book of the Year designation by New York Times in 1970.

A number of his subsequent titles received similar distinctions. In collaboration with his former wife, Ariane Dewey, he contributed to the texts of many popular authors, including Robert Kraus and Mirra Ginsburg, with over 70 titles that bear his witty and imaginative characters. 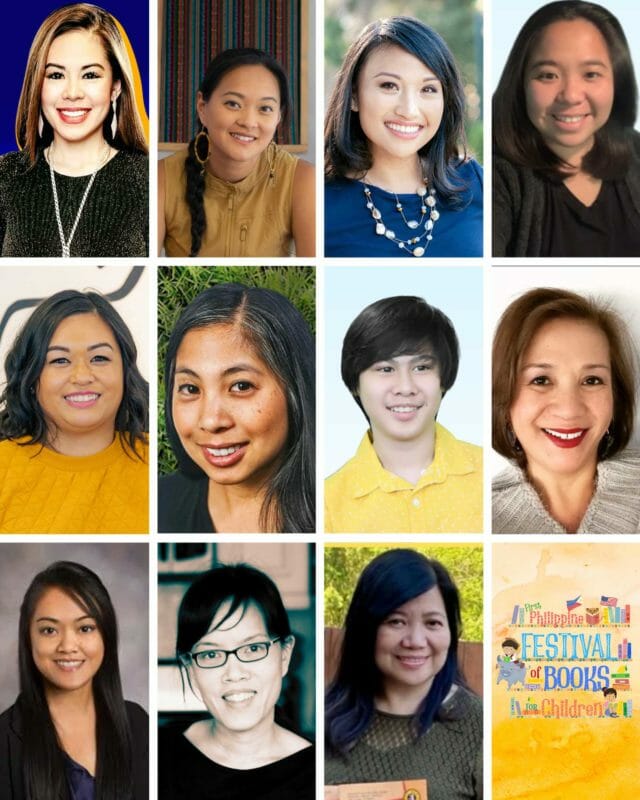 Participating authors in the First Philippine Festival of Books for Children. CONTRIBUED

Books illustrated by Jose Aruego will be exhibited at the festival, and his Philippine tale, Juan and the Asuangs will be told by multidisciplinary performer and FilAm Arts Teatro Artistic Director Giovanni Ortega.

Guests can meet the authors, enjoy book talks and book signings, as well as music, games and other activities for kids.

The Festival is part of the ongoing community outreach program of the bookshop to increase mainstream America’s awareness of the Filipino presence in the U.S.

Linda Nietes-Little, owner and founder of the bookshop established in 1984 says, “It is also my hope that these authors and many more who will join their ranks in the near future will continue the work that Jose Aruego had started, and put Philippine-related stories for young children in the literary map of the United States.”