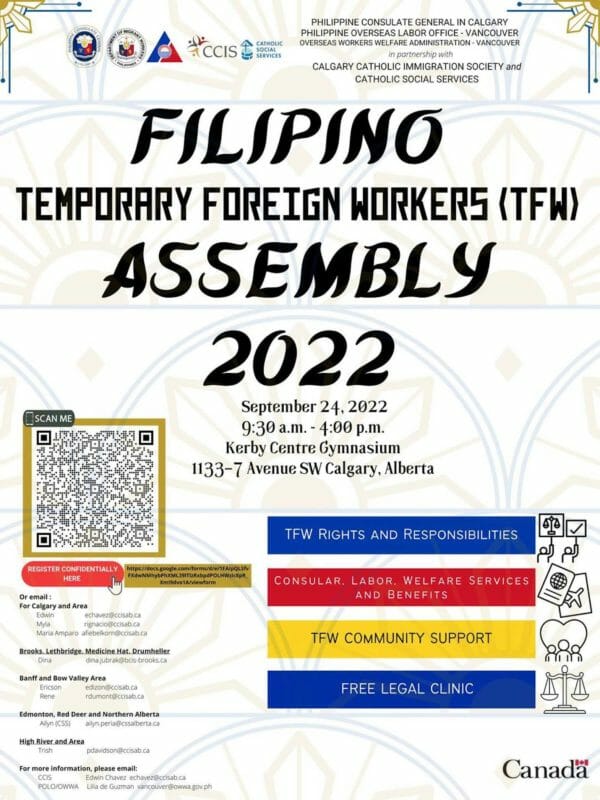 Scores of Filipinos came to the one-day  Temporary Workers (TFWs) Assembly in Calgary, hosted jointly by several agencies to make them aware of their rights and responsibilities while in Canada.

The assembly reviewed consular, labor and welfare services, as well as benefits and community support for TFWs. It also explained the rules on Alberta’s employment standard, labor exploitation and human trafficking.

There is reportedly a backlog of over a million applications before Immigration Canada. To address individual concerns and specific needs, the assembly provided a one-on-one free legal clinic with lawyers, with booths set up by the Alberta TFW advisory office and various Philippine agencies.