Biogen Inc. was set to add more than $10 billion to its market capitalization on Wednesday, as a surprise trial success of the experimental Alzheimer’s drug it developed with Eisai was hailed as an unequivocal win by analysts.

The trial results released on late Tuesday could mark a rare victory in the search for a treatment for the memory-robbing disease after years of clinical failures. Biogen’s stock surged 35.4% to $267.61 in early U.S. trading, putting it on track to erase all of its losses this year. Shares of Japan’s Eisai Co Ltd jumped 17% to the daily limit in Tokyo.

Shares of rivals Eli Lilly and Roche rose between 6% and 7%. Biogen and Eisai said their experimental drug, lecanemab, slowed the progress of the brain-wasting disease by 27% compared with a placebo, in a large trial of patients in the early stages of Alzheimer’s.

“This is pretty much a best-case scenario for the program as there doesn’t appear to be much ambiguity in the results,” said Baird analyst Brian Skorney. BMO analyst Evan Seigerman called the data an “unequivocal win” for Biogen and Alzheimer’s patients. 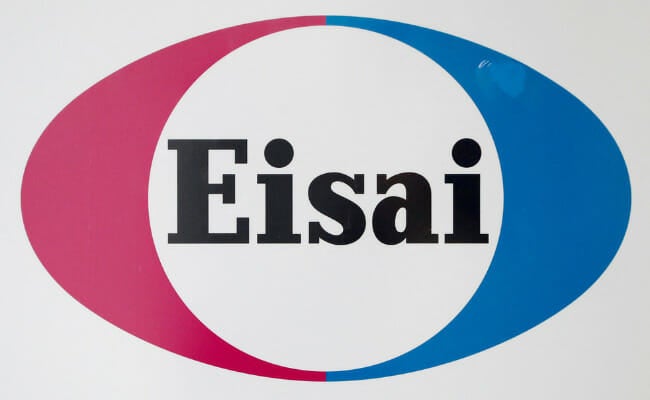 The logo of Eisai Co Ltd is displayed at the company headquarters in Tokyo, Japan, March 8, 2018. REUTERS/Issei Kato

The drug targets a toxic protein plaque known as amyloid beta that has long been considered crucial to arrest the progression of the fatal brain disease, but previous attempts have led to failure after failure.

This so-called amyloid hypothesis suffered a particularly heavy blow last year after U.S. regulators overruled their own panel of outside experts to approve another Biogen drug called Aduhelm, based on its plaque-clearing ability rather than proof that it helped slow cognitive decline.

The latest trial boost for Biogen and Eisai’s lecanemab has raised hope for success in trials testing Roche’s gantenerumab and Lilly’s donanemab.

“There haven’t been many wins to celebrate, nor anything close to approaching a return on investment, so it is important that results like this are rewarded and incentivized,” said Daniel Chancellor, healthcare analyst at Citeline.