Protests hounded President Bongbong Marcos in New York, where he spoke to a nearly empty hall at the UN General Assembly and made the rounds of business meetings. FACEBOOK

Protests hounded President Bongbong Marcos in New York, where he spoke to a nearly empty hall at the UN General Assembly and made the rounds of business meetings. At least three protesters were arrested as activists staged a sit-in at Marcos’ Asia Society appearance. A huge protest was also held in front of the Philippine Consulate on Fifth Avenue.

Luisa Anderson of KGW8 reported that a hundred Filipinos in Portland, Oregon shared their experiences hosted a discussion, film screening and prayer vigil.

Meanwhile, a rally-memorial by more than a hundred participants in front of the Philippine Consulate in San Francisco heard critics of the Marcoses recall their experiences under the dictatorship.

Former political detainee Benjie Pineda said he and classmates as young as 15 years old were arrested, beaten and detained for posting anti-Marcos slogans on walls. “I am glad to see that young Filipino Americans are  aware” of what happened during Martial Law.” 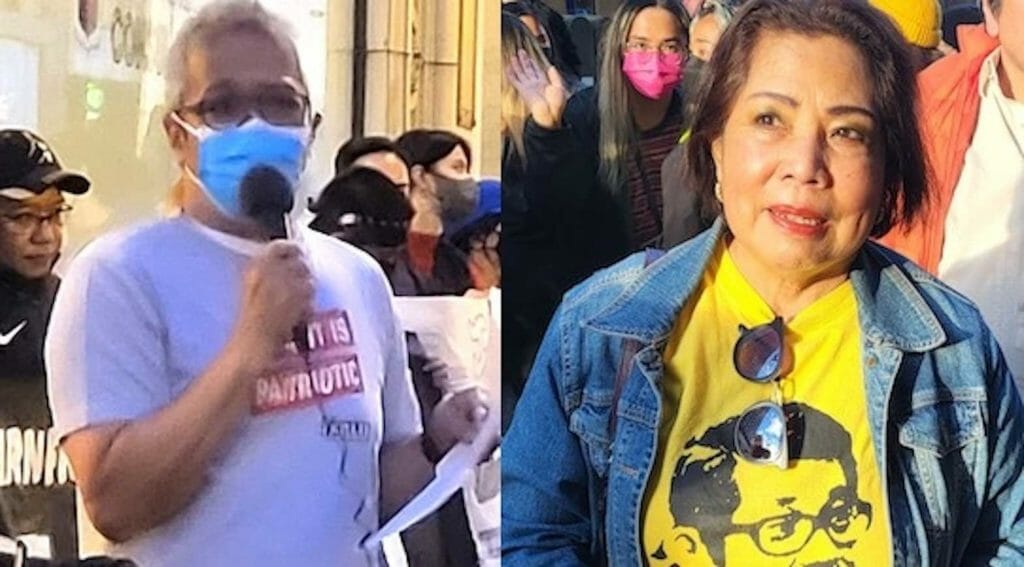 Ex-political detainee Benjie Pineda (left photo) recalled that he and classmates as young as 15 years old were arrested, beaten and detained for posting anti-Marcos slogans on walls. Senior Filipino community leader Gloria Navarette who considers herself fortunate that she was already in Chicago when Martial Law was declared. INQUIRER/Jun Nucum

“Ate Shiela,” originally from Negros Occidental and now a San Jose, California resident, recalled that “the culture of violence was everywhere. It was sort of the normal lives of Filipinos.” She also said that “kids like me knew Marcos and his cronies looted the coffers of the government by monopolizing  major industries in the Philippines including the sugar industry resulting in  famine.”

Senior Filipino community leader Gloria Navarette, considers herself fortunate that she was already in Chicago when Martial Law was declared. “Most of my friends and classmates when I was in high school went to the mountains and joined the New People’s Army,” Navaratte recounted.

She also said that the millennials cannot be blamed because they did not experience what their relatives suffered and did  for the country. She was not sure if  there will be a repetition of the 1986 People Power uprising. 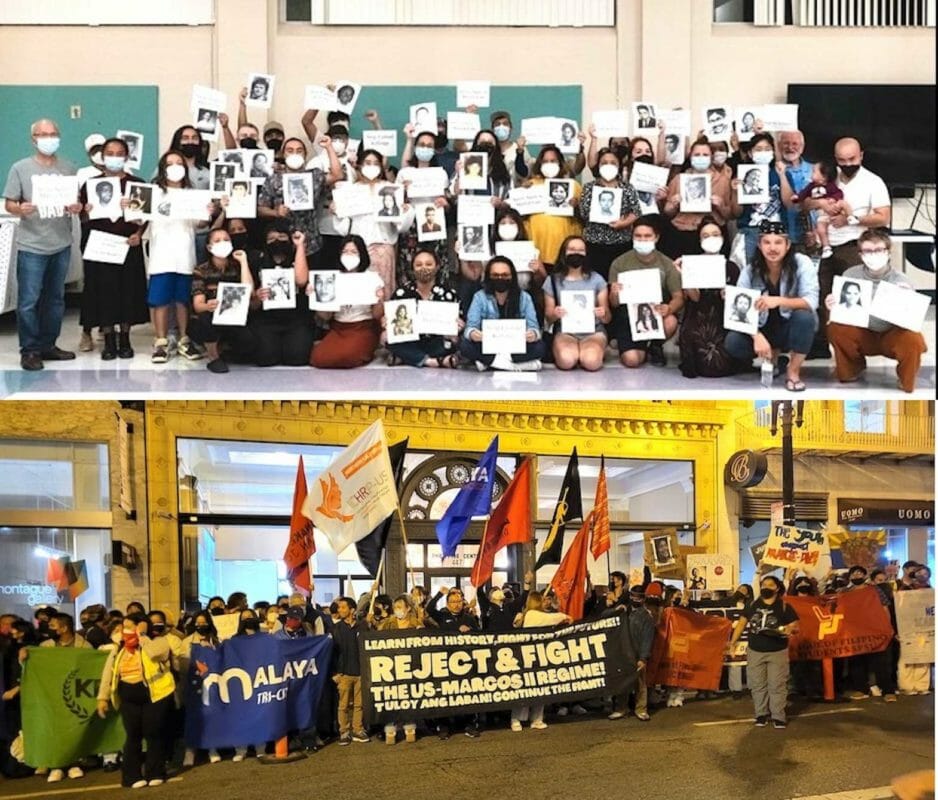 (Top) Filipino Americans in Portland Oregon held a rally, and hosted a discussion, film screening and prayer vigil. (Lani Felicitas); (Below) More than a hundred mostly young participants rally in front of the Philippine Consulate General in San Francisco to decry President Ferdinand Marcos Jr.’s visit to U.S. and to mark the 50th anniversary of the Declaration of Martial in the Philippines. INQUIRER/Jun Nucum

Wheelchair-bound Brandon Lee, a U.S. national who survived an assassination attempt by military operatives under the Duterte government, expressed pessimism that he would get justice during the Marcos administration.

“My colleagues in the Philippines are still under attack. They have been abducted, blindfolded, thrown into a van and the harassment has not stopped. They are still being red-tagged and threatened,” Lee shared.

“We have to educate some more on how fascism works,” stated veteran oppositionist Rodel Rodis. “Fifty years ago we were picketing and now we are back to what we were doing before during Martial Law. I don’t see any glimmer of hope under Marcos Jr. I don’t see him as an improvement over (Rodrigo) Duterte.”