Filipina domestic worker wins $828K in back wages from employers

Filipina domestic worker wins $828K in back wages from employers 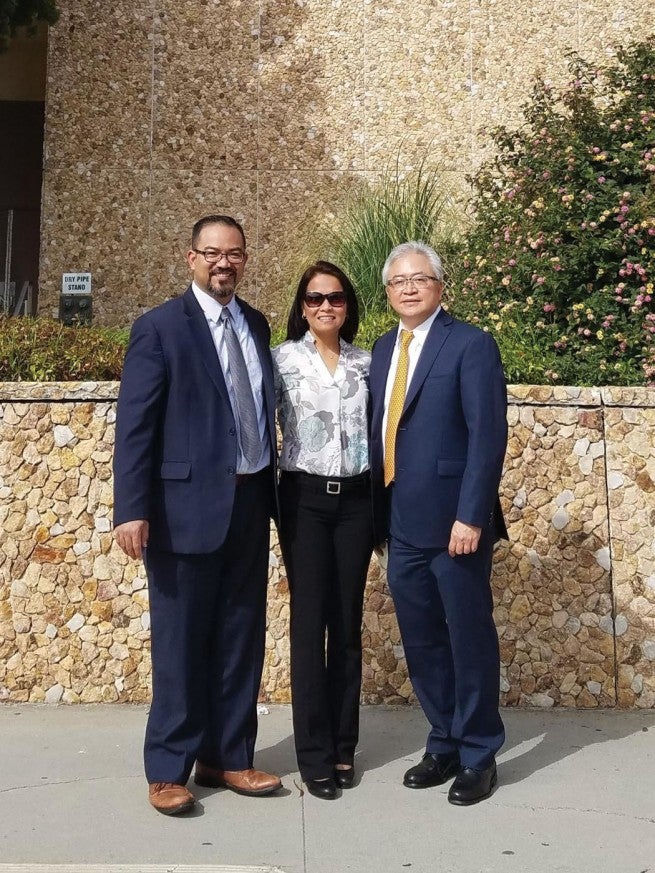 LOS ANGELES — A live-in Filipina domestic employee has won a wage claim of $827,506 against her former employers who had her care for two of their disabled children in addition to doing housework, errands, and cooking, for what amounted to much less than minimum wage.

The judgment announced last February appears to be among the highest verdicts for a domestic worker on a pure wage claim.

“The court’s judgement is a victory for Ms. Alzate, especially in the face of a vigorous opposition that did not concede any dime of wages that was owed to her,” said a press release from the law firm that represented the Filipina. “It was a testament to the courage of this Filipina to have pursued her claims all the way up to trial.”

Fil-Am employment lawyer Attorney Joe Sayas [Disclosure: Sayas is a columnist for Inquirer.net USA], represented Linda Alzate (not her real name) and argued that she should be paid for the entire time she was on-call to care for the disabled children, at which the court agreed.

Just as in previous cases Sayas has handled for employees in similar situations, Alzate was paid a flat monthly rate regardless of how long she was made available to work, which went from 18 to 24 hours per day.

Under the Domestic Workers Bill of Rights made effective in 2014, domestic workers with hours similar to Alzate’s, who are caring for children or seniors, are entitled to overtime pay — their regular hourly rate multiplied by one and a half, or “time and a half.”

Alzate began working in the home of Drs. Peter Sim and Lorraine Diego —in the Hancock Park neighborhood of Los Angeles — in 2002 where she initially received a flat monthly salary of only $1,000 to care for the couple’s three-to-four-month-old child despite being on call for 24 hours, seven days a week. That computes to less than approximately $2.00 an hour.

At 18 months, the child was diagnosed with severe autism, adding to the workload and responsibilities.  In 2005, another child was born with autism, yet the couple still failed to give Alzate her proper wages.

In addition to caring for the children, Alzate was made responsible for other tasks including laundry, running errands, house cleaning, and cooking for the family.

Alzate’s last salary in 2014 was $3,000 per month, despite a correctly calculated salary for her 24/7 live-in wage computing upwards of $6,000.  Her claims cover the period worked from April 2011 to April 2014 with a significant part of the wage based on regular hourly rates.

Alzate said her daily schedule would consist of waking up at 6 a.m. at the latest to cook for the family and prepare the kids for school.  The rest of the day, she would spend cleaning the house, running errands, and cooking for the whole family.  Evenings consisted of assisting the children’s much needed therapy sessions, cooking dinner, and preparing the children for sleep during which she would continue to be on-call.

The older child with severe autism often would wake up every two or three hours, said Alzate.  The children’s parents offered no help.

U.S. law defines a night’s rest as a minimum of five hours for employees on duty for 24 hours or more, which Alzate rarely got.

“Live-in employees should still be paid for each and every hour worked,” said Sayas in an email to the Asian Journal.  “This means that even if the employee is not engaged in productive work, but is required by the employer to stay in the workplace (due perhaps to an all-day or all night 24/7 supervision of an elderly or child they are taking care of), they should still be paid as the law sees that as work performed.”

Discouraged from taking days off

Alzate was also discouraged from taking days off.  She said that getting even just one day off required her to get permission three to four months in advance.

In one instance, she did manage to get four days off for her birthday, which falls on Thanksgiving; Alzate said Sim got angry.

“I just want to put out there, if anyone is in my situation, they can always ask for help,” said Alzate, thanking Sayas and his firm.

After having some suspicions about her salary, Alzate’s aunt advised her to contact Sayas’ firm to inquire if she was entitled to back wages after noticing her payments and hours were not what they should be.

Sayas said that wage theft and unpaid overtime wages are not unusual because some employers take advantage of immigrant workers who are often intimidated into working long hours without proper pay.  Some employers are also do not know the laws regarding proper salaries.

“Going through this process is not easy, but if you know that if you have someone behind you, you will go for it,” said Alzate.

Although the court went in favor of Alzate, the couple has decided to file an appeal, which Alzate and Sayas’ firm are ready to fight.

The couple has since reportedly hired three people to take shifts, doing what Alzate did all by herself. The workers are also reportedly being paid minimum wage, together amounting to what should’ve been paid to Alzate while she was working.

“The trial court’s judgement in favor of our nanny client is based on good facts and good law.  Make no mistake about it,” said Sayas.  “We will vigorously fight for the worker on appeal.”