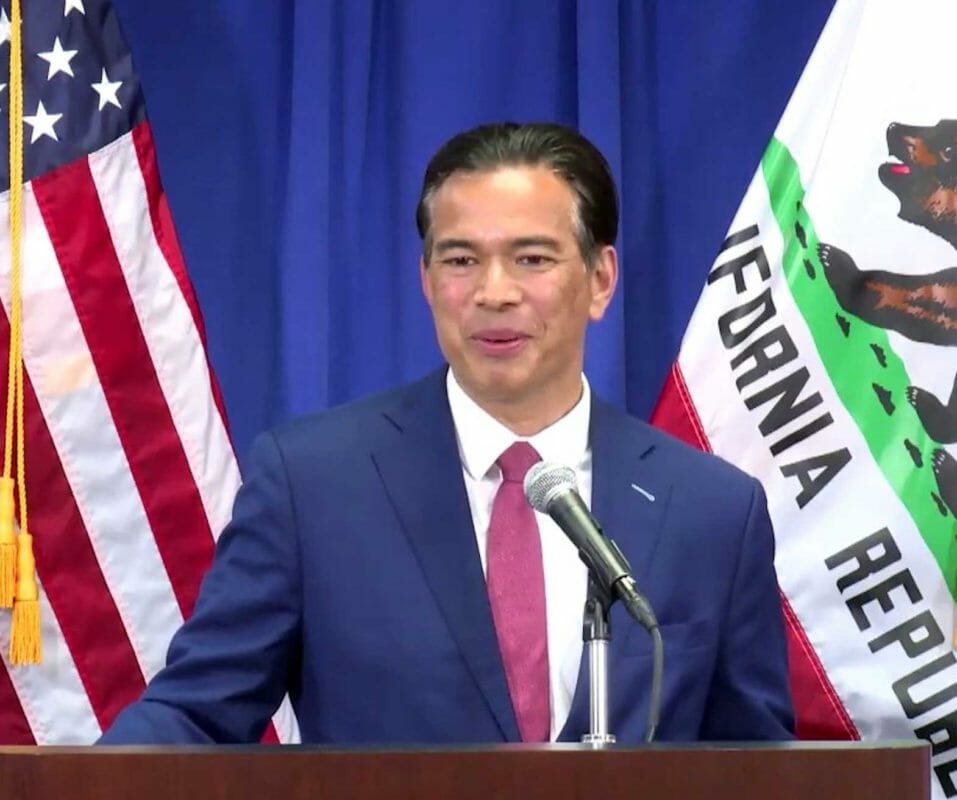 California Attorney General Rob Bonta’s lawsuit alleges that Amazon requires merchants to enter into agreements that severely penalize them if their products are offered for a lower price off-Amazon. CA.GOV

The lawsuit alleges that Amazon requires merchants to enter into agreements that severely penalize them if their products are offered for a lower price off-Amazon, in order to avoid competing on prices with other online e-commerce sites,

These agreements allegedly thwart the ability of other online retailers to compete, contributing to Amazon’s dominance in the online retail marketplace and harming merchants and consumers through inflated fees and higher prices.

In response, Amazon claimed that higher prices will rise for consumers should California wins its case.

California Attorney General Bonta responded that it was Amazon that had it “exactly backwards” and even warned “they (Amazon) maintain that position at their own peril.”

Amazon is the dominant online retail store in the United States with more than 160 million Prime members nationwide and around 25 million customers in California (which has approximately 39 million population) alone.

According to a survey, 96% of all Amazon Prime members maintain that they are more likely to buy products from Amazon than any other online store, and 74% of all consumers go directly to Amazon when they are ready to buy a specific product.

Amazon claims that it has the “right not to highlight offers to customers that are not priced competitively…the relief the (attorney general) seeks would force Amazon to feature higher prices to customers, oddly going against core objectives of antitrust law.”

He added: “What is clear with all that evidence is that Amazon has artificially inflated prices. And the remedies and solutions we seek through this investigation and lawsuit is lower prices for consumers who deserve it.”

Bonta maintained that consumers been paying artificially higher prices for everything ranging from groceries and health care items to diapers and school supplies for over a decade, and this needs to stop.

Amazon claims that sellers set their own prices for the products they offer on the platform and reserve the right not to highlight offers to customers that are not priced competitively.

Reminded that a similar lawsuit was dismissed in a Washington, DC Superior Court  in March this year,  Bonta explained that the 2021 case that  Attorney General Karl Racine filed accusing Amazon of violating the district’s anti-competitive behavior “is  entirely and fundamentally different.”

“It is a California case brought before a California court under California law unique to California. We have a unique California unfair competition law, Antitrust Law called the Cartwright Act,” an emphatic Bonta reasoned. “Those causes of actions and claims were not made in the DC case.”

Bonta asserts that Amazon only needs to read the complaint to see that the causes of action, the legal theory and the factual bases are entirely different from the Washington, DC lawsuit.