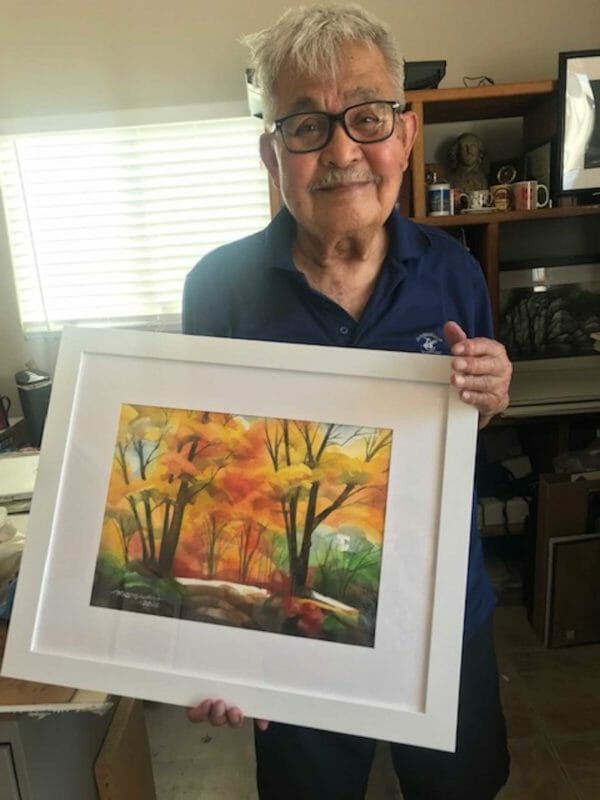 CORONA, California – In a couple of months, Metro Manila’s art scene will welcome back one of its master watercolorists, Juan “Magoo” Valencia, 84,  whose realism is hailed by many  patrons.

Valencia is looking forward to reuniting in November with the living members of the famous Saturday Group of Artists, which includes National Artists BenCab, Presidential Medal of Merit awardee Juvenal Sanso, Romulo Olazo, Ephraim Samson, to name a view.

Valencia plans to conduct workshops and seminars, hoping to work with the youth and impart an appreciation “of the beauty around them.”

“It was here in America that I learned to speak to an audience,  instead of just communicating through my paintings,” Magoo said. He was greatly influenced by the works of Vicente Manansala and Cesar Legaspi, starting with Cubism and moving on to Realism.

Art Lounge Manila (owned and curated by Jack Teotico), which featured Magoo’s works in 2019, wrote,  “The scope of Magoo Valencia’s  work is an awareness of emotions which nature, his biggest muse, inspires in him.   In his quest at interpreting  his beloved nature, he entices the viewer to enter his landscapes and be part of the scene thereby experiencing the quietude and tranquility he himself  ( finds) in nature.”

“Jack bought a large number of my paintings this year,  thus, I plan to expand more activities with him,” said Valencia.

Living in the U.S. as an immigrant and later as a dual citizen with his wife, Vicky Reyes Valencia, in the last 18 years, Magoo brought his vivid art strokes with him and expanded to other genres, such as portraiture and caricature.  In 2004, Disneyland, welcomed Valencia as one of its featured caricaturist to the delight of visitors seeking to highlight their trip.

He worked as a portrait and caricature artist for 14 years at Disneyland and Disney California Adventure in Anaheim,  until 2020.   Patrons of these famous landmarks would see him in a quiet corner of the park, donning a white artist’s coat, patiently capturing his clients in watercolor.

He loved the interactions with different cultures, observing that the “Japanese are the most gracious and courteous clients,” bowing to him after seeing their likeness in art. He laughed at recalling that Filipinos (especially women) always insisted ‘patangusin ko ilong nila (make their noses more aquiline)!’ But they are all kind and happy to see a Filipino artist in Disneyland.” He  could complete a caricature in 15-30 minutes, which meant that he finished 14 to 20 drawings a day. 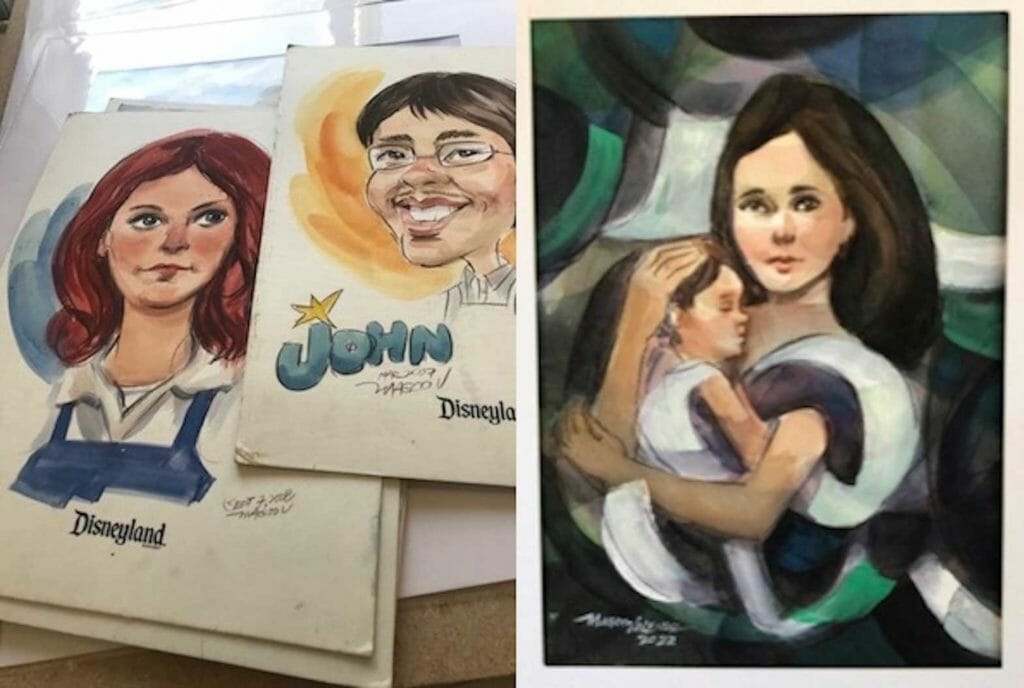 Valencia belongs to a “Pinoy LA Tuesday”  artists’ group that meets weekly to exchange their views on their latest works and strategies in conducting art workshops around the area.

They collaborate with other art circles in California, which have bestowed on Valencia many awards, such as “Artist of the Year”  from the Torrance Art Guild in 2008 and 2009. He has received more than 200 awards (first and second places) in the U.S.

“I was in college at the UP Fine Arts when I first got fascinated with watercolor, under the mentorship of professors Flor Agbayani and Ireneo Miranda.” 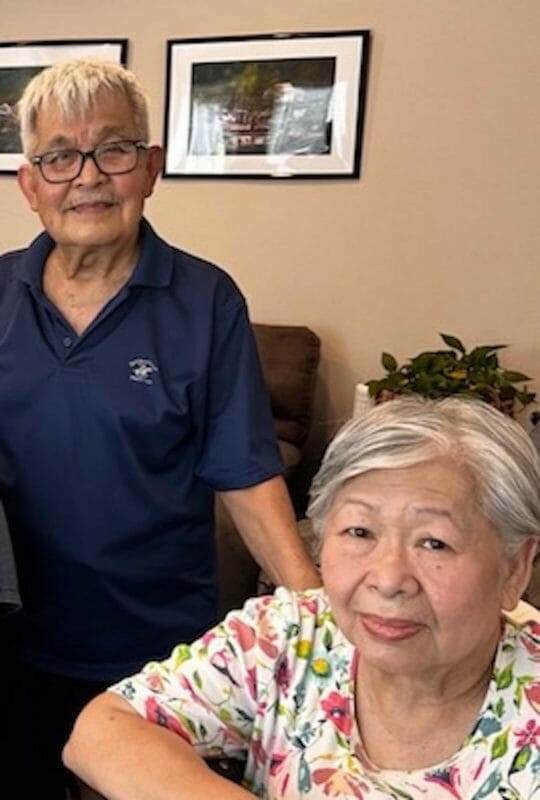 Valencia grew up surrounded  by siblings who are visual artists. His wife is a fine arts graduate from the University of Santo Tomas.  He finds this fascinating because his parents come from a poor family and didn’t have the means to initially send them to art schools.

“My father was a farmer and a fisherman; my mother was a housewife”. He lauded the works of Filipino comics illustrators as having inspired him to pursue art. “I copied the works of Francisco Coching.  I also liked the style of  Nestor Redondo and Larry Alcala, Fred Carillo from Marvel.”

When I return to Manila, baka for good na (perhaps for good).  I am 84 years old  and I want to die na sa atin (in the homeland).  But nobody knows, baka (I might) miss ko ang In N Out Burger at baka bumalik ako (that I might come back)!” he quipped.

He will be joining two of his children, both professionals, in Manila and leaving behind two others in California, both registered nurses.  His eldest is in Brisbane, Australia and is a computer scientist.  He and his wife Vicky have five children and eight grandchildren.

Valencia relishes the thought of hanging out with old-time friends in Manila, recalling that on many trips back  he gets rejuvenated when he sees his circle. “ I’m excited to see BenCab, Sanso and other old guards of the Saturday group. And there’s always my buddy Recah Trinidad, the sports writer, and that will always be home.”