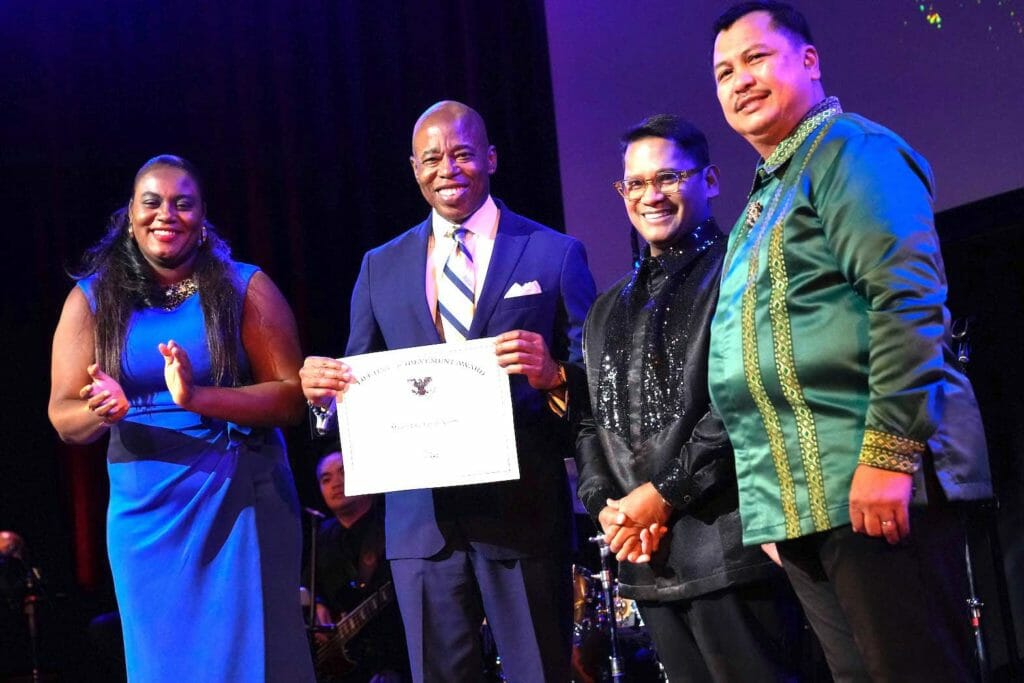 NEW YORK CITY—There was unmistakable excitement as the honorees shuffled in, the piano played, and Mayor Eric Adams strode to his seat. It was a first in history for any sitting NYC mayor to attend a Filipino event.

On September 16, The Town Hall was luminous with New York City dignitaries and exemplary Filipino Americans celebrating the 12th The Outstanding Filipinos in America awards with their families and friends. It was almost filled to capacity with more than 1,200 guests garbed to the nines, women in carefully pinned hair and men dressed in barong and glitzy suits.

Mayor Eric Adams saluted New York’s “vibrant Filipino population.” They have always been part and thriving “in our metropolitan melting pot,” he states in a certificate presented to TOFA.

Executive Producer Elton Lugay, who founded TOFA in 2011, said the idea then, as it is now, was to “use the event as a platform to celebrate our achievements in America.”

On that evening, 28 national honorees, eight Lifetime Achievement Awardees and three Global Awards recipients were met with long, thunderous applause echoing throughout the iconic hall where Billie Holiday, Celine Dion, and previous TOFA recipients Lea Salonga and JoKoy had performed. “They make all of us proud,” Lugay said. 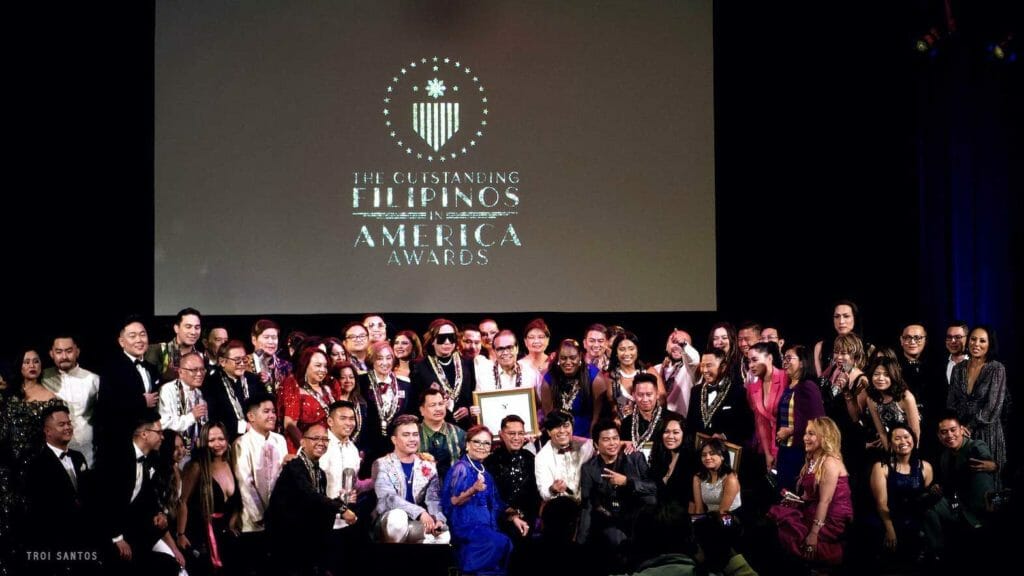 The Presidential Lifetime Achievement Awards were presented to individuals whose reach, influence and good name have inspired the community toward certain goals or actions. They are: Ambassador Mario de Leon for government service; Brendan Flores for community service; Steven Raga for politics and advocacy, Ruben and Janet Nepales for journalism; Rod Mercado for business; Alexis Monsanto for fashion; Rely Manacay for arts and culture; and Juliet Payabyab for volunteer service. Their certificates carried the signature of President Joe Biden as pointed out by PIX 11 morning news anchor Hazel Sanchez, herself a TOFA awardee in 2017.

“I share this award with my parents who struggled financially and sacrificed a lot of their life yet still supported me to achieve my dreams,” Cinco said in his acceptance speech.

“Filipinos are really world-class,” was a reaction that echoed throughout the evening.

“The best and the brightest,” remarked Consul General Elmer Cato in a video address from the Philippines. He said Filipinos truly shine in the global arena because of “our excellent work ethics, integrity and ingenuity,” qualities that “make us truly exceptional.”

Actress Lydia Gaston of “Easter Sunday” fame, After Three and the TOFA Performing Artists comprising 20 local talents sang to a live band under the musical direction of Maestro Bobby Ramiro with TOFA theme song scoring by Gene Juanich. The 12th TOFA Awards was presented in part by Financial Rescue and the Farah Delance Foundation.