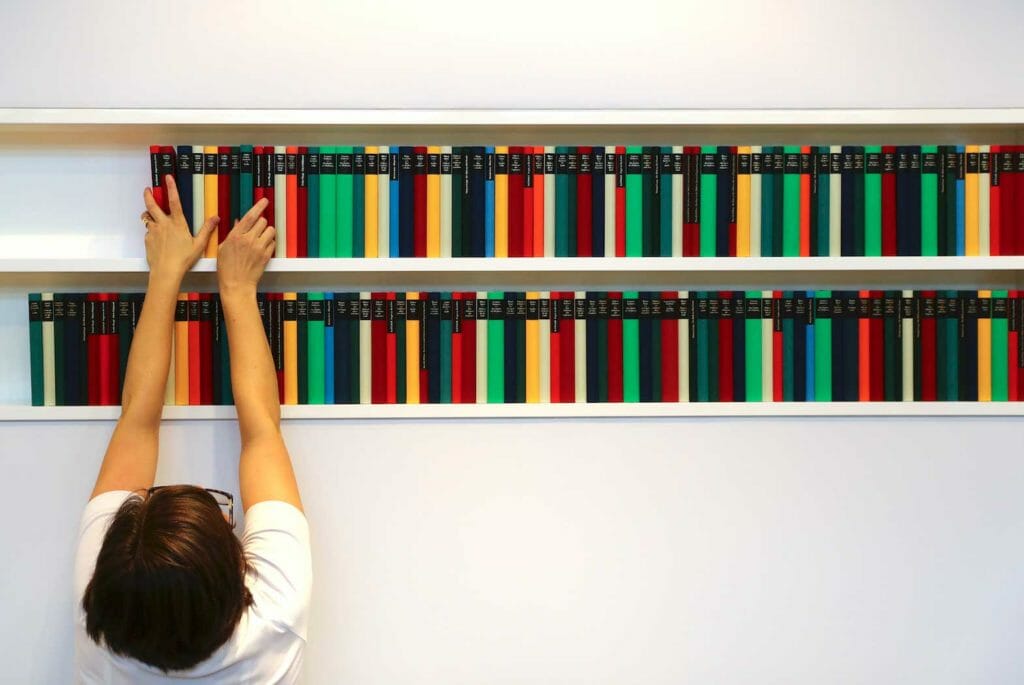 A woman arranges books in a file photo. REUTERS/Kai Pfaffenbach

Book bans accelerated across the United States during the 2021-2022 school year, largely through the efforts of organized groups that called on public schools to remove more than 1,600 titles, the writers’ group PEN America said on Monday.

There were 2,532 instances of individual book bans affecting 1,648 titles at 5,000 schools with 4 million students, according to the report. The research found 1,000 more book bans than were documented in the group’s initial report released in April.

PEN America said the rapid rise came as a growing number of groups have targeted books dealing with race or LGBTQ issues. The report identified at least 50 groups active in pushing for book bans, the vast majority of which have formed since 2021.

“This rapidly accelerating movement has resulted in more and more students losing access to literature that equips them to meet the challenges and complexities of democratic citizenship,” said Jonathan Friedman, lead author of the report.

While proponents of book bans emphasize the importance of parental control, PEN America said the movement has gone beyond the normal give-and-take between parents and educators and morphed into a sophisticated and well-resourced campaign.

One group identified by PEN America mobilized against a school district that taught about transgender identities, the report said.

Another emphasizes the dangers of critical race theory, an esoteric field of study in law school or graduate school. Opponents have leveraged concerns over CRT to suppress works about the history of slavery, desegregation and the civil rights movement.

More than 40% of the banned titles address lesbian, gay, bisexual, transgender and queer themes or have prominent queer characters. The most frequently banned book was “Gender Queer: A Memoir” by Maia Kobabe, which was banned by 41 school districts.

Race also drew the attention of censors, with 40% of the banned titles featuring prominent character of color. The most banned authors include the late Nobel laureate Toni Morrison, whose works largely deal with race, and other winners of prestigious literary awards.

Other banned books touched on sexual content, rights and activism, or stories with religious minorities.

Texas accounted for the most bans, with 801 in 22 districts, followed by Florida and Pennsylvania.