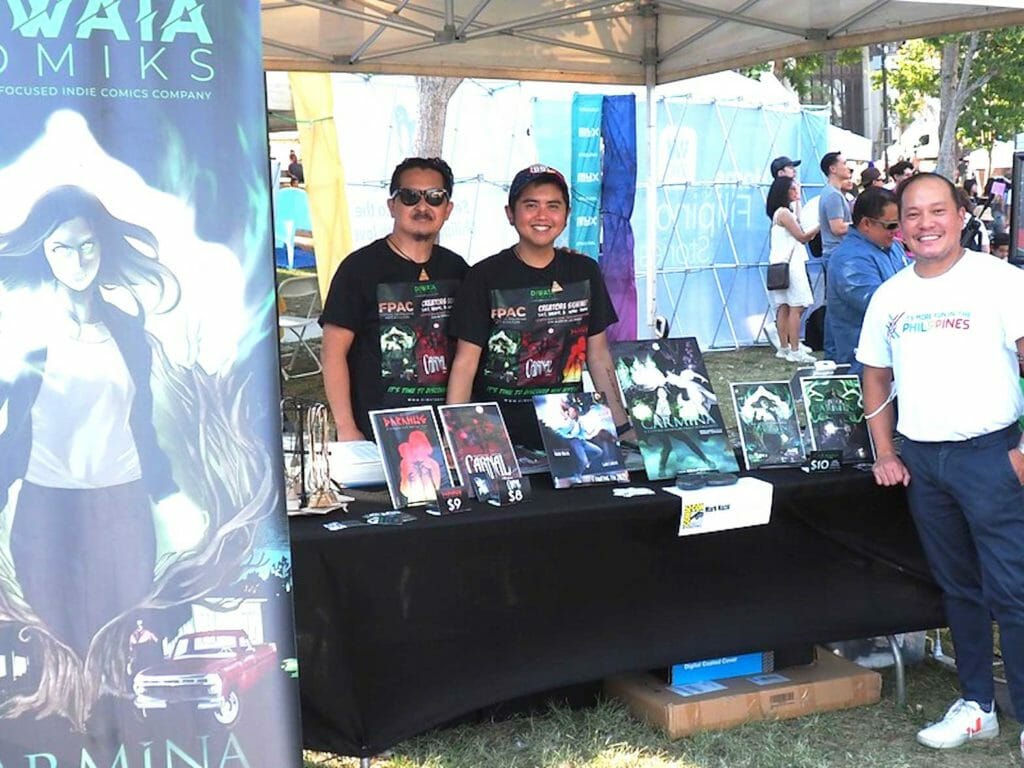 DIWATA Komiks displays its new line of indie comic books based on Philippine myths and immigrant stories at the Festival of Philippine Arts and Culture (FPAC). INQUIRER/Florante Ibanez

Thousands converged at the free event hosted by FilAm ARTS and the Levitt Pavillion to enjoy the food, entertainment and merchandise of community vendors of jewelry, clothing and comic books.

Although reduced to 6 hours from the previous weekend-long bash held at venues like San Pedro’s Cabrillo Beach and Pt. Fermin Park, Echo Park and Grand Park, the comeback reunion welcomed throngs while respecting pandemic measures. Free testing and Covid boosters were made available by the Department of Public Health, Los Angeles County and Fulgent. 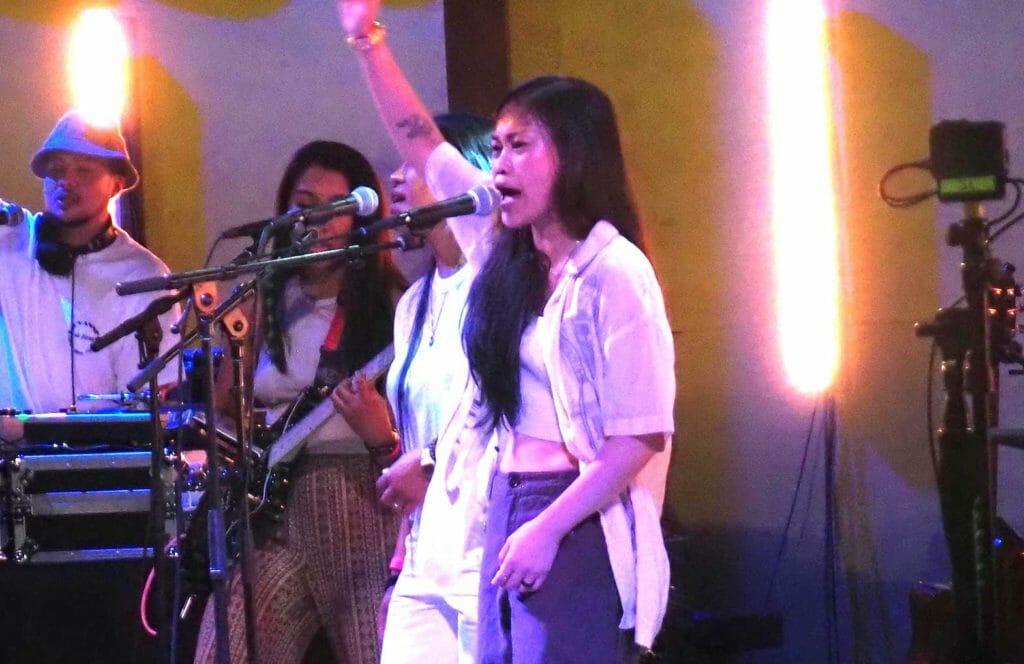 Hip Hop artist Ruby Ibarra was one of the headliners at the Sept. 3 Festival of Philippine Arts and Culture (FPAC). INQUIRER/Florante Ibanez

“Since its inception, FPAC has given countless artists various opportunities to amplify the voices of Filipino Americans and Filipinos in the diaspora. We all look forward to having FPAC return in person. Kaya natin ito ( We can do this),” said Giovanni Ortega, festival director.

Gracing the stage were cultural performers including the traditional Rondalla Club of LA, Kayamanan Ng Lahi, and Pakaraguian Kulingtang Ensemble.

Its  very strong MacArthur Park comeback bodes well for the future of FPAC as an annual institution.