The chief executives of JPMorgan, Bank of America, Citigroup, Wells Fargo, and other major U.S. retail banks will be grilled this week by lawmakers on a slew of issues, from the state of the economy to their stances on hot-button issues including abortion and fossil-fuel lending.

Payments fraud, boosting diversity, mergers, and access to bank branches, are also expected to feature when the CEOs appear before the House Financial Services Committee and Senate Banking Committees on Wednesday and Thursday, respectively, according to bank officials, congressional aides, and lobbyists.

While such hearings rarely result in legislative action, they are still risky for CEOs, who will be forced to defend their banks on a number of fronts when lawmakers are looking to boost their profiles ahead of the November elections. During a similar hearing last year, Dimon was drawn into a fiery exchange with Democratic Senator Elizabeth Warren about overdraft fees.

Former Wells Fargo CEO Tim Sloan, meanwhile, resigned abruptly in March 2019 two weeks after stumbling during a House committee hearing about the bank’s progress in fixing its regulatory woes. The hearing comes amid growing worries that Federal Reserve rate hikes aimed at taming inflation could tip the country into a recession. In June, Jamie Dimon said the U.S. economy was facing a “hurricane” but could not predict how bad it would be. 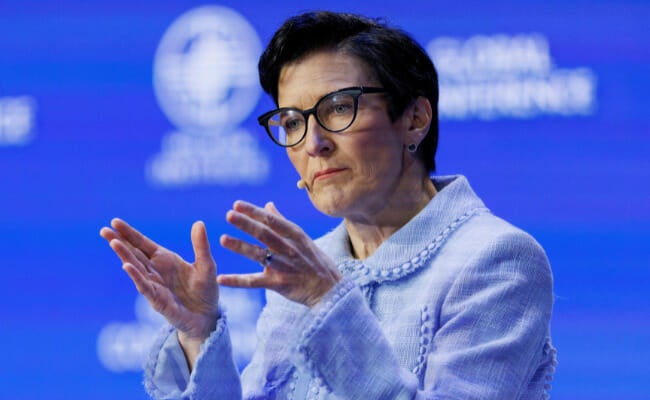 Lawmakers are likely to quiz the CEOs about how consumers’ finances are holding up and how the lenders plan to assist Americans as borrowing costs rise. “We will continue to hold the nation’s biggest banks accountable so that Americans can keep more of their hard-earned money – at a time that they need it most,” said Senate Banking Committee chair Senator Sherrod Brown in a statement to Reuters.

The banks believe they have a positive story to tell about how well they performed during the COVID-19 pandemic while helping distribute billions of dollars of aid; their ongoing role in the broader economy; and their efforts to boost pay for rank-and-file workers, promote racial equity in the communities they serve and boost staff diversity. That’s a message the banks’ executives, lobbyists, and trade groups have conveyed during a marathon of private meetings with key lawmakers over the past few weeks, the sources said.

“There’s a lot for our banks to point to, to demonstrate how much they’ve done to support consumers, small businesses, and the economy throughout the pandemic and continuing today,” said Lindsey Johnson, CEO of the Consumer Bankers Association.

Since the 2007-2009 financial crisis, Democrats including Brown and House Financial Services Committee chair Maxine Waters have taken a tough stance on the banking industry and are expected to keep up the pressure at the hearings. In private letters, the committees have asked the CEOs to provide details on their capital levels, bank branch locations, employee wages, executive pay, efforts to reduce carbon emissions, stock buybacks, fair lending, and abortion coverage, among other items, according to a copy seen by Reuters.

But bank executives are also wary of growing criticism from Republicans, traditionally allies who have pushed back against heavy regulation, over what they see as Wall Street’s increasingly liberal leanings on the environment and social issues. Republicans at the state and federal levels are cracking down on banks for “boycotting” industries such as energy and guns, a characterization banks dispute.

Conservatives have also slammed lenders for “woke” stances on other issues such as covering travel costs for employees’ out-of-state abortions. “Americans deserve to hear how these banks will support their customers through troubling economic headwinds … instead of far-left talking points,” Patrick McHenry, the top Republican on the House panel, said in a statement to Reuters.

While executives faced some critical questions from Republicans on such issues last year, the pressure will be greater this time, said analysts. “The big banks really have fewer friends than they used to, there’s no doubt about it,” said Brian Gardner, chief Washington policy strategist at Stifel Financial Corp.