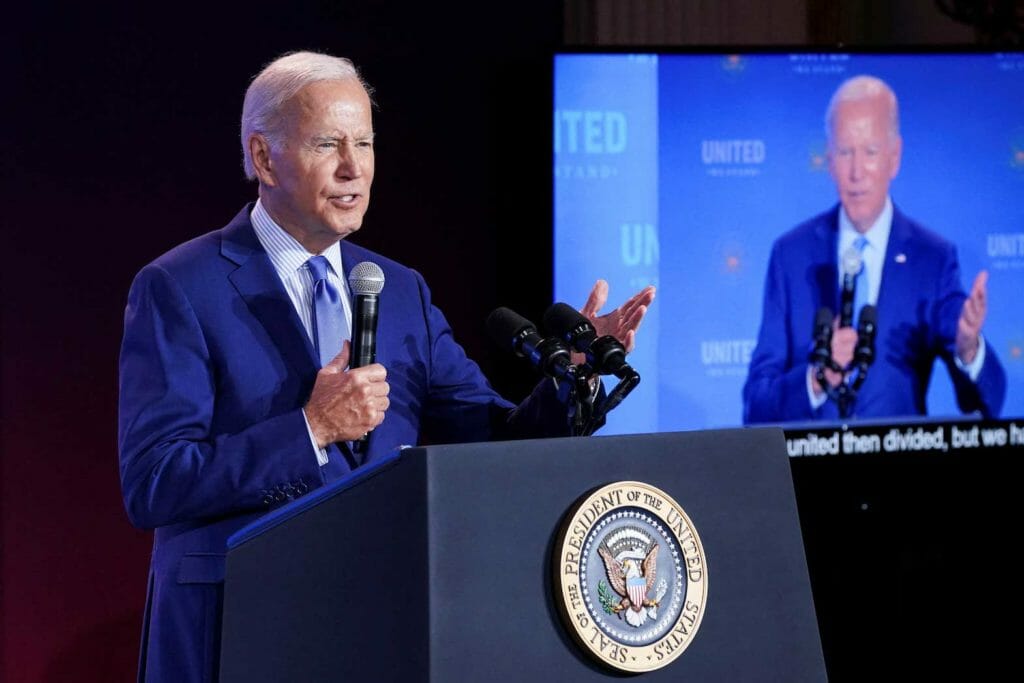 WASHINGTON – U.S. President Joe Biden called on Americans to speak out against racism and extremism during a summit at the White House on Thursday, and said he would ask Congress to do more to hold social media companies accountable for spreading hate.

“White supremacists will not have the last word,” Biden told the ‘United We Stand’ summit of bipartisan local leaders, experts and survivors.

Biden said America had long experienced a “through line of hate” against minority groups, one that had been given “too much oxygen” by politics and the media in recent years.

The event also recognized communities that suffered hate-based attacks, including mass shootings at a gay nightclub in Orlando in 2016 and at a Buffalo, New York, supermarket earlier this year, in which 10 Black people were gunned down by an avowed racist.

Hate crimes in the United States hit a 12-year high in 2020, the last available data, the FBI said last year.

Biden was introduced by Susan Bro, mother of Heather Heyer, who was killed during an August 2017 white nationalist rally in Charlottesville, Virginia. “Her murder resonated around the world, but the hate did not begin or end there,” Bro said.

“I’m calling on Congress to get rid of special immunity for social media companies and impose much stronger transparency requirements on all of them,” Biden said.

The White House had repeatedly called for revoking Section 230, a law that shields online companies from liability over content posted by users, and has also supported ramping up anti-trust and transparency enforcement on technology companies.

The White House event comes just weeks after Biden warned in a speech in Philadelphia that extremist Republicans are a threat to democracy.

Biden addressed criticism that the speech was divisive on Thursday.

“Silence is complicity, we can’t remain silent,” Biden said. “There are those that say we bring this up, we divide the country. Bringing it up we silence it.”

Biden announced a $1 billion push by philanthropists to build bridges among Americans of different backgrounds, and an initiative supported by the foundations of former Presidents Barack Obama, George W. Bush, Bill Clinton and Gerald Ford.

Several big technology companies also joined in. YouTube said it was expanding its efforts to combat violent extremism by removing content glorifying violent acts for the purpose of inspiring others to commit harm, fundraise, or recruit.

Microsoft said it was expanding use of artificial intelligence and machine learning tools to detect credible threats of violence, and use gaming to build empathy.

Attorney General Merrick Garland told the summit that all 94 U.S. Attorneys’ Offices would work on a “United Against Hate” initiative over the next year, to increase community understanding and reporting of hate crimes, and build trust between law enforcement and communities.

MORE STORIES
Best Clear Mascaras on Amazon 2022
How to Create the Perfect Pitch: Tips and Tricks
Ear Piercings: Fully Explained
Don't miss out on the latest news and information.