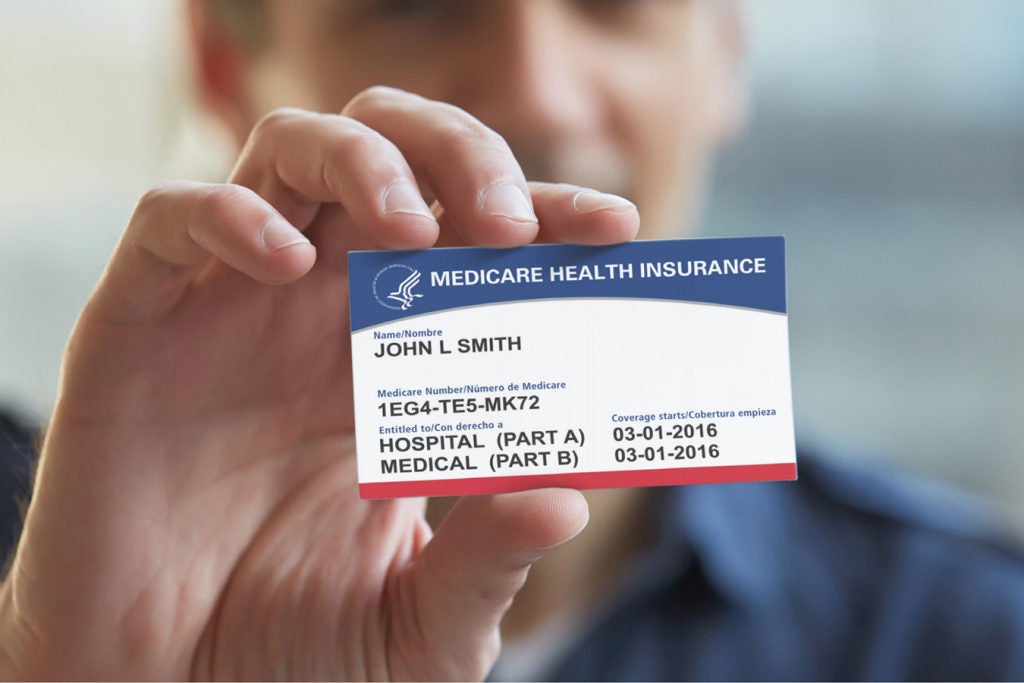 In April, the government will start sending out new Medicare cards, launching a massive, yearlong effort to alter how 59 million people enrolled in the federal health insurance program are identified.

Historically, Medicare ID cards have been stamped with the Social Security numbers of members — currently, about 50 million seniors and 9 million people with serious disabilities. But that’s been problematic: If a wallet or purse were stolen, a thief could use that information, along with an address or birthdate on a driver’s license, to steal someone’s identity.

For years, phone scammers have preyed on older adults by requesting their Medicare numbers, giving various reasons for doing so.

People who fall for these ruses have found bank accounts emptied, Social Security payments diverted or bills in their mailboxes for medical services or equipment never received.

The new cards address these concerns by removing each member’s Social Security number and replacing it with a new, randomly generated 11-digit “Medicare number” (some capital letters are included). This will be used to verify eligibility for services and for billing purposes going forward.

Such a major change can involve bumps along the way, so there will be a transition period during which you can use either your new Medicare card or your old card at doctors’ offices and hospitals. Both should work until Dec. 31, 2019.

If you forget your new card at home, your doctor’s staff should be able to look up your new Medicare number up at a secure computer site. Or, they can use information that’s already on file during the transition period.

“We’ve had a few people contact us and ask ‘If I don’t have the new card at a doctor’s appointment, does that mean my provider won’t see me?’” said Casey Schwartz, senior counsel for education and federal policy at the Medicare Rights Center. “That shouldn’t be an issue.”

Cards will be sent to people covered by Medicare on a rolling basis over a 12-month period ending in April 2019. Older adults in Alaska, California, Delaware, the District of Columbia, Hawaii, Oregon, Pennsylvania, Virginia and West Virginia will be the first to receive the mailings, between April and June, along with several U.S. territories — American Samoa, Guam and the Northern Mariana Islands.

The last wave of states will be Kentucky, Louisiana, Michigan, Mississippi, Missouri, Ohio and Tennessee, along with Puerto Rico and the Virgin Islands.

“If your sister who lives in another state gets her card before you, don’t fret,” the Federal Trade Commission explained in a new alert. Since the cards are going out in waves, “your card may arrive at a different time than hers.”

If you think Social Security might not have your current address, call 1-800-772-1213 or check your online Social Security account at https://www.ssa.gov/myaccount/, the FTC advised.

When you get your new Medicare card, don’t throw your old one in the trash. Instead, put it through a shredder or “spend time cutting it up with a pair of scissors” to make sure the part showing your Social Security number is destroyed, said Amy Nofziger, a fraud expert for AARP.

In one scam, reported by California’s Area 1 Agency on Aging, a caller purporting to represent Medicare or another government agency claims to need your bank account information so Medicare can arrange a direct deposit of funds into your account. The new Medicare cards are used as an excuse for the call.

In another, circulating in Iowa, scammers are threatening to cancel seniors’ health insurance if they don’t give out their current Medicare card numbers. “We’re telling people, don’t ever give someone this number — just hang up,” said Nancy Ketcham, elder rights specialist at the Elderbridge Agency on Aging, which serves 29 counties in northwestern Iowa.

A month ago, Alfonso Hernandez, 65, who lives in Moreno Valley, California, received a call from a man who told him, in Spanish, that Medicare was going to issue new cards and that he needed to verify some information, including Hernandez’s name, address and Social Security number.

“Immediately, I’m like ‘oh my God, what did I do,’” said Hernandez, who quickly contacted credit agencies to have them put an alert on his account. “I just keep praying that nothing happens.”

Just last week, California’s Senior Medicare Patrol program received a report of another scam detected in Riverside County: a caller claiming that before a senior can get a new Medicare card, he or she has to pay $5 to $50 for a new “temporary” card, according to Sandy Morales, a case manager with the program.

Nofziger of AARP said a Medicare representative will never contact an older adult by phone or email about the new cards and will certainly “never ask for money or personal information or threaten to cancel your health benefits.” The new Medicare cards are free and you don’t need to do anything to receive one: They’re being sent automatically to everyone enrolled in the program. Don’t give out any information to callers who contact you by phone, she advised.

If you’re among nearly 18 million seniors and people with serious disabilities who have coverage through a Medicare Advantage plan, keep the card that your plan issued you. Medicare Advantage plans are offered by private insurance companies, which have their own way of identifying members. Similarly, if you have prescription drug coverage through Medicare — another benefit offered through private insurance companies – keep your card for that plan as well.