U.S. President Joe Biden’s administration approved an emergency declaration over a water crisis in the State of Mississippi and ordered Federal assistance late on Tuesday to supplement the state’s response.

“Emergency protective measures, including direct federal assistance, will be provided at 75 percent Federal funding for a period of 90 days,” the White House said in a statement late Tuesday.

Mississippi activated its National Guard on Tuesday to help distribute water to tens of thousands of Jackson residents after a long-troubled treatment plant broke down, leaving most of the state capital without safe running water, possibly for days.

Governor Tate Reeves declared a state of emergency for Jackson and surrounding communities, warning the area’s 180,000 people to avoid drinking tap water. He also called up the state National Guard to assist in efforts to bring relief to the city, which was battered by record rainfall and flooding over the weekend. 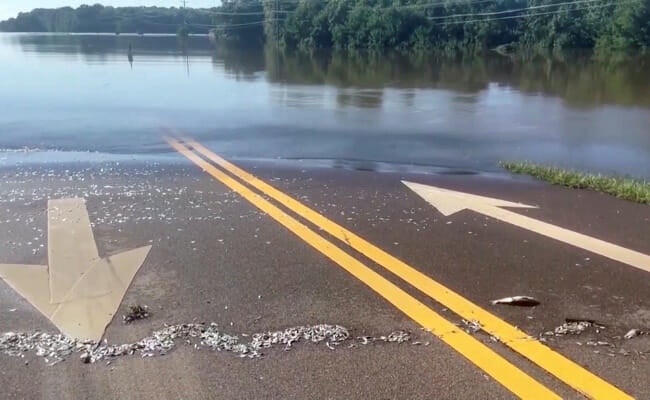 A view shows a flooded road near Pearl River following water discharges from Barnett Reservoir over the weekend, in Ridgeland, Mississippi, U.S. in this screen grab taken from a video August 29, 2022. REUTERS TV/via REUTERS

The state trucked in 10 tractor-trailers of water on Tuesday and was expecting another 108 trucks in the coming days, state emergency management director Stephen McCraney told reporters.

The breakdown occurred Monday when floodwaters seeped into the understaffed and poorly maintained O.B. Curtis treatment plant. An emergency team had the plant working at 40% capacity on Tuesday, senior state health officer Jim Craig said, and a temporary pump was expected to be installed on Wednesday and increase capacity further.

But the system was still short of sufficient water pressure to guarantee service citywide. Officials said they could not estimate how many homes were cut off.

The shutdown created havoc for businesses, and Jackson public schools, with nearly 21,000 students, were forced to move classes online as they had done during the coronavirus pandemic.

Supermarket shelves were stripped of bottled water, and police in a cruiser alerted people when supplies ran out at one distribution site in a retail parking lot. Volunteers apologized to people when they had no more water to give, urging them to return on Wednesday starting at 5 a.m. 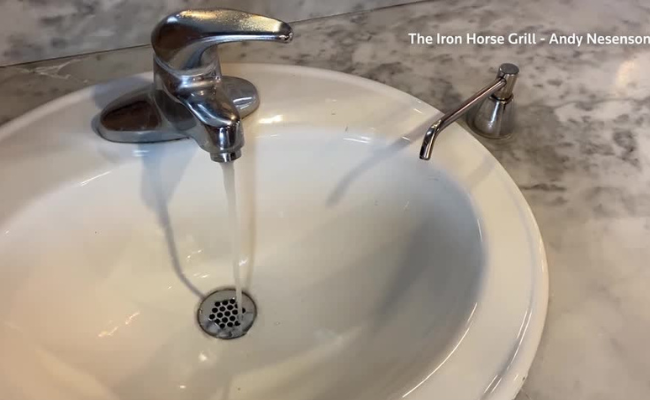 Many of the 180,000 people who live in Jackson, Mississippi and the surrounding area had no choice on Tuesday but to stockpile water, close their businesses and keep their children home after the governor told residents to avoid drinking public water until the nearby water treatment plant is fixed. This report produced by Jillian Kitchener.

“It’s a hurtful feeling when you don’t have any water, especially when you’ve got newborn babies,” Monica Lashay Bass, a mother of three, said from her car after queuing up for her allotment of bottled water.

People in Jackson have long complained about their water supply.

A pair of winter storms in February 2021 caused most residents in Jackson to briefly lose running water, and a year ago the U.S. Environmental Protection Agency year ago issued an emergency order saying the water supply could contain E. Coli, according to Mississippi Today.

In 2016, customers were told of high lead levels in the city’s water supply caused by recurring faulty water treatment techniques.

At a news conference, Jackson Mayor Chokwe Antar Lumumba on Tuesday welcomed the state aid but his comments further exposed a rift between the Republican state officials and the Democratic administration of a city that is more than 80% African-American.

The governor has alleged the water treatment plant suffered from years of city mismanagement, while the mayor accused the state of being absent from efforts to maintain and update the plant.

“We’ve been going it alone for the better part of two years,” Lumumba said. “And now we are excited to finally welcome the state to the table and all the valuable resources that they bring.”

Each side had been offered differing accounts of what happened, though they came to agree on significant facts by Tuesday afternoon.

The governor, who previously blamed pump failures, on Tuesday affirmed what the mayor had said: that floodwaters entered the treatment plant, altering the chemistry of the water, rendering the existing treatment inadequate, and forcing a shutdown.

Even before the crisis, the city had been under a boil water notice for the past month due to “elevated turbidity levels,” which makes the water appear cloudy.

The White House said on Tuesday that President Joe Biden had been briefed on the situation, and administration officials were in contact with state and local officials, including Lumumba.