Filipina, 71, robbed, beaten outside a Jollibee near San Francisco

Filipina, 71, robbed, beaten outside a Jollibee near San Francisco 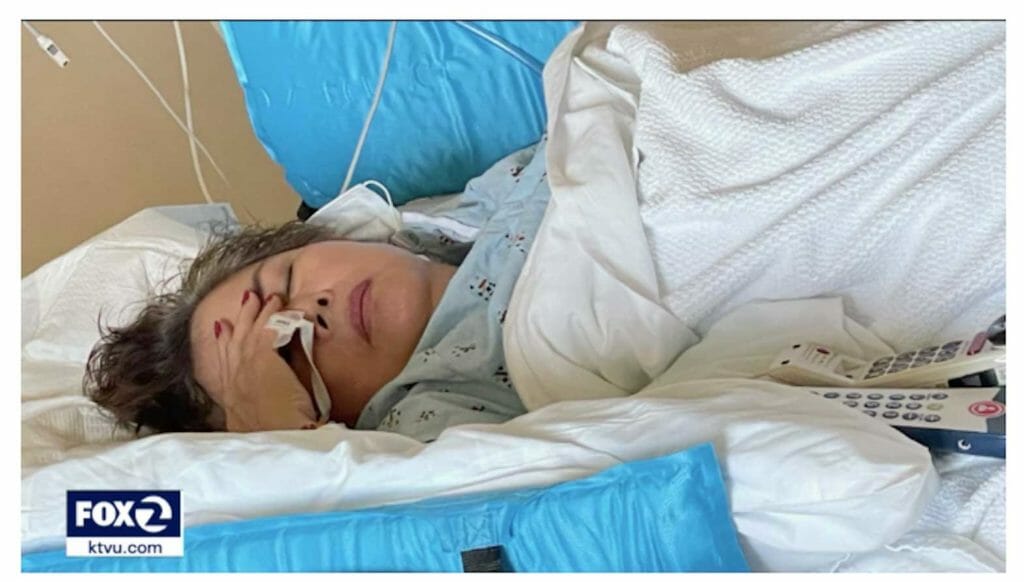 Enelia Perez, 71, sustained a head injury in the attack. Doctors said there was bleeding in her brain. SCREENGAB KTVU NEWS

A Filipina was beaten and robbed on Sunday, Aug. 28, as she left a fast food restaurant in Vallejo, California, a city 32 miles north of San Francisco..

Enelia Perez, 71, sustained a head injury in the attack and is being treated at a Kaiser Permanente hospital. Doctors said there was bleeding in her brain.

Perez was robbed of her purse and attacked as she left the Jollibee branch at Vallejo Plaza near Sonoma Boulevard and Redwood Street at about 7 p.m. Sunday, according to a KTVU News report.

Vallejo Plaza is a popular shopping destination for the Filipino community of about 24,000 in Vallejo.

“He approached her, grabbed her purse, she struggled and tried to pull it back,” her stepson Dennis Perez told the news program. “Then he hit her in the head with something, some blunt object. And then she went down.”

Perez’s 82-year-old husband saw the attacker run away with her purse into a getaway car.

Perez had gone with her husband and friends to see the Golden Gate Bridge and then made food stop at Jollibee. She’s the latest Asian victim of violence in the country.