The tour kicked off in Providence, Rhode Island last September 2017. This coming March 20 to 25, it will run in Appleton, Wisconsin at Fox Cities Performing Arts Center. It will then go on to tour cities in Wisconsin, Kentucky, Iowa, Texas, Arizona, and California, among others.

Lea Salonga played Eponine on Broadway in 1993. Filipino American actress Eva Noblezada, who played Kim in the recent “Miss Saigon” revivals in the UK and on Broadway, played Eponine in the 2016 West End production.

Bautista joins “Les Miz” straight from concluding her stint as the Kim understudy in the 2017–18 Broadway revival of “Miss Saigon.”

Bautista was in the middle of her schooling at Ithaca College for Theatre Studies when she was cast for “Miss Saigon.” She landed the job after ten auditions, each time taking a six-hour bus ride from Ithaca to New York City.

Since she will be traveling across the country for the show, were those early bus trips for her “Saigon” auditions the universe’s way of preparing her for this current job?

“The trips I took from Ithaca to Manhattan were definitely an adventure!” she says, laughing.

“Everything we do in life prepares us for something later to come. Every experience and encounter you have is an opportunity to learn something about yourself or your career and can help you in the future. 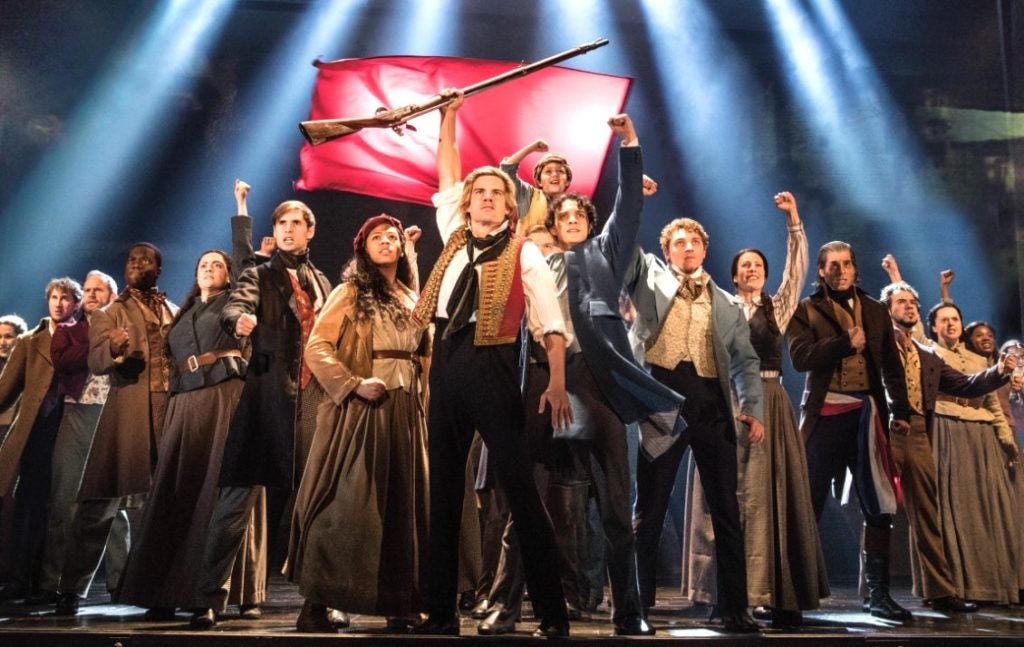 “I definitely grew during the ‘Miss Saigon’ audition process and I completely believe it has helped me get to where I am today.”

And now, not only is she a professional actress, she also technically gets paid to travel and see the sights. “So far we’ve been to Montreal and Ottawa. It was my first time in Canada!” she says.

Based on the novel by Victor Hugo, the musical is set in the early 1800s France—for reference, the US purchased Louisiana from France in 1803; and Alexander Hamilton was shot to death by Aaron Burr in a duel in 1804.

The musical is about how Jean Valjean is relentlessly tracked down by a police inspector as he rises in society with a fake identity to escape his parole (after being imprisoned for stealing a loaf of bread for his starving relatives).

The tragic Eponine falls in unrequited love with Marius, a student who is, in turn, in love with Valjean’s adopted daughter Cosette.

Filipino Americans Ali Ewoldt and Adam Jacobs have played Cosette and Marius, respectively, on Broadway. (Ewoldt currently plays Christine Daae in “Phantom of the Opera” on Broadway and Jacobs currently plays Aladdin in the national tour of “Disney’s Aladdin.”)

After Bautista announced to her family that she had landed the role, they celebrated by having dinner together. “Then we spent the night watching movies—just hanging out with all my loved ones before I hit the road.

“My family loves this show, so they were over the moon!”

Bautista was born in Massachusetts. “Both my parents are Filipino. My mom was born and raised here. She is half Filipino and half European descent. My dad moved here from the Philippines when he was 18 years old,” she says.

She had actually played the same role back when she was in high school. Now that she is part of the official touring production, she has had to approach the role differently. 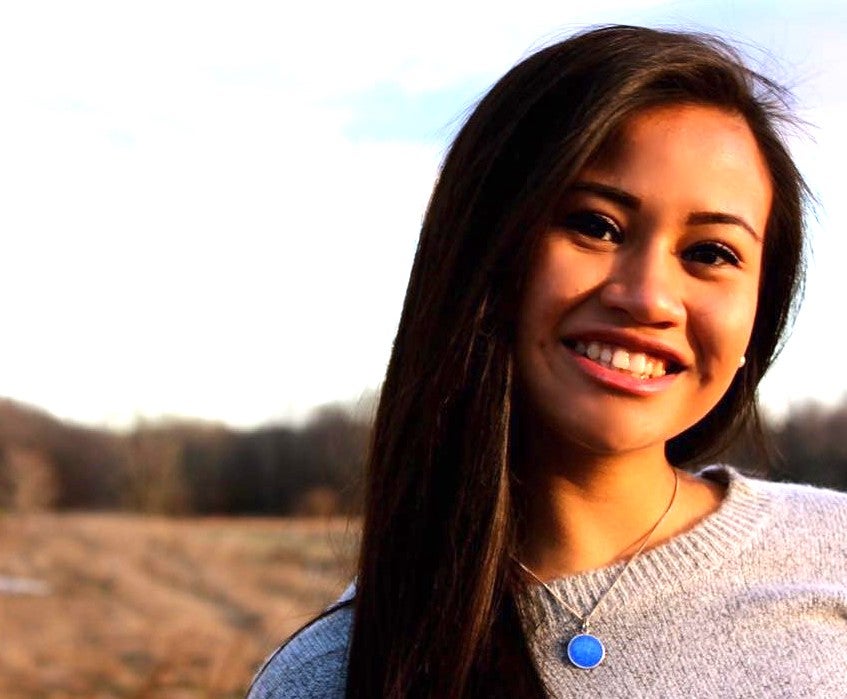 “The Eponine I play today is vastly different from the young girl I played in high school—for the very reason that I am a vastly different person now than the person I was in high school,” she said.
But it’s also because she never stops honing her craft. “I definitely had to unlearn some habits I had grown over the years and had to let go of some assumptions I had made about the character.”

“My process to finding my Eponine began,” Bautista says, “as early as the auditions for the show.”

“Every time I go into an audition, I try and write down everything that happens in the room. Anything the director says goes into my journal.”

She would then spend time processing all the notes and channeling them into her characterization of the role.

“Our resident director Liam McIlwain gave me the book with pages marked out that gave a little insight on the kind of girl Eponine was. It gave me a more detailed look into the daily life of Eponine and the relationship she had with Marius.”

And it’s the scenes where the two characters establish their relationship that are Bautista’s favorites.

“They’re such fun acting moments, getting to play off your acting partner. Every night I feel like we’re discovering new moments on stage, learning even more about the characters every time we do the show.”